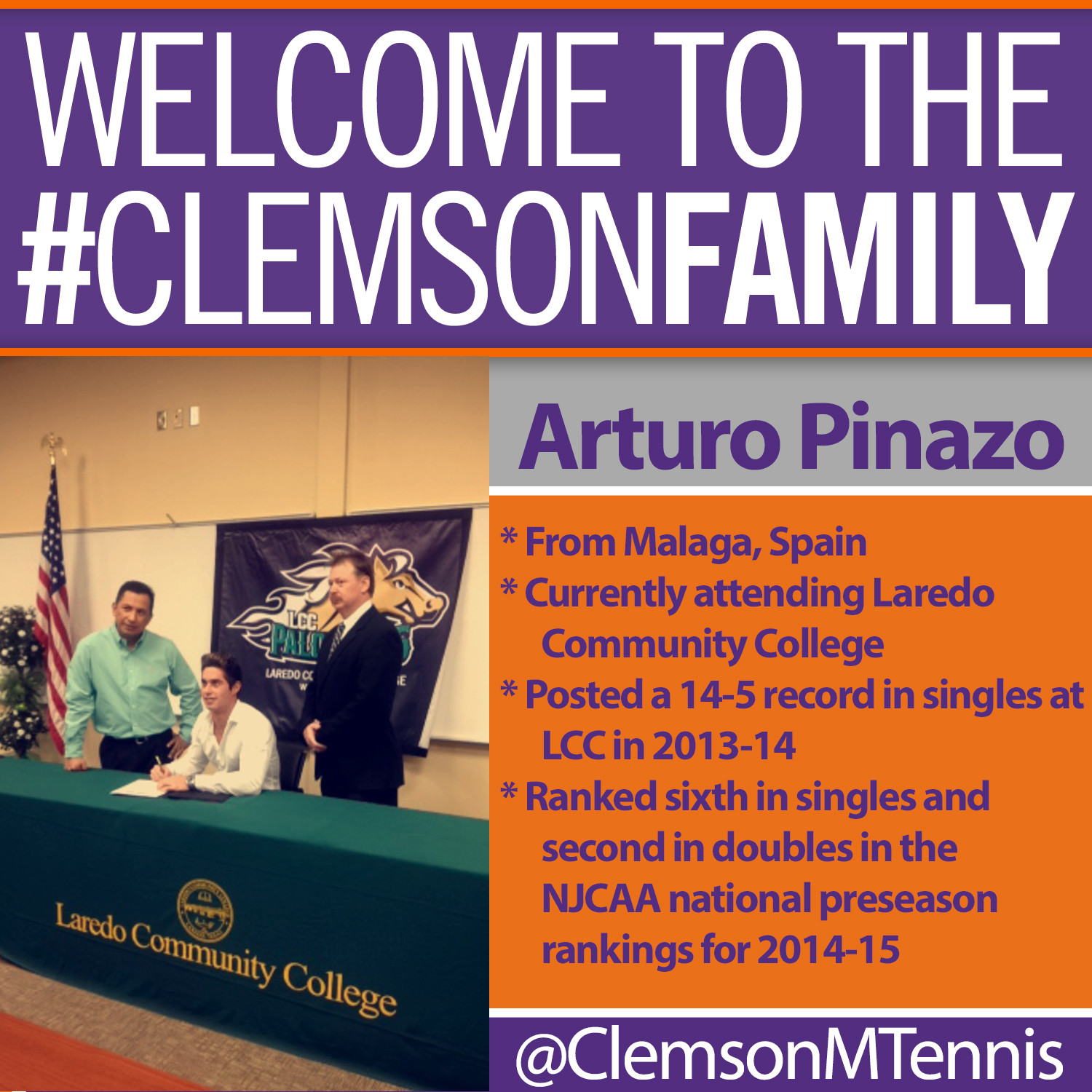 CLEMSON, S.C. – The Clemson men’s tennis team announced the signing of Arturo Pinazo to a National Letter of Intent, announced Head Coach Chuck McCuen on Tuesday. Pinazo currently plays for Laredo Community College in Laredo, Texas, and will join the Tigers for the 2015-16 season.

The native of Malaga, Spain attended high school at El Colegio Internacional SEK-El Castillo in Madrid. He was the doubles champion in Spain and ranked in the top eight in the country in singles in 2011. He has won many national tournaments and has recorded wins over players ranked in the ATP top 400. He played in the main draw in singles and doubles of an ITF futures tournament in France in 2012.