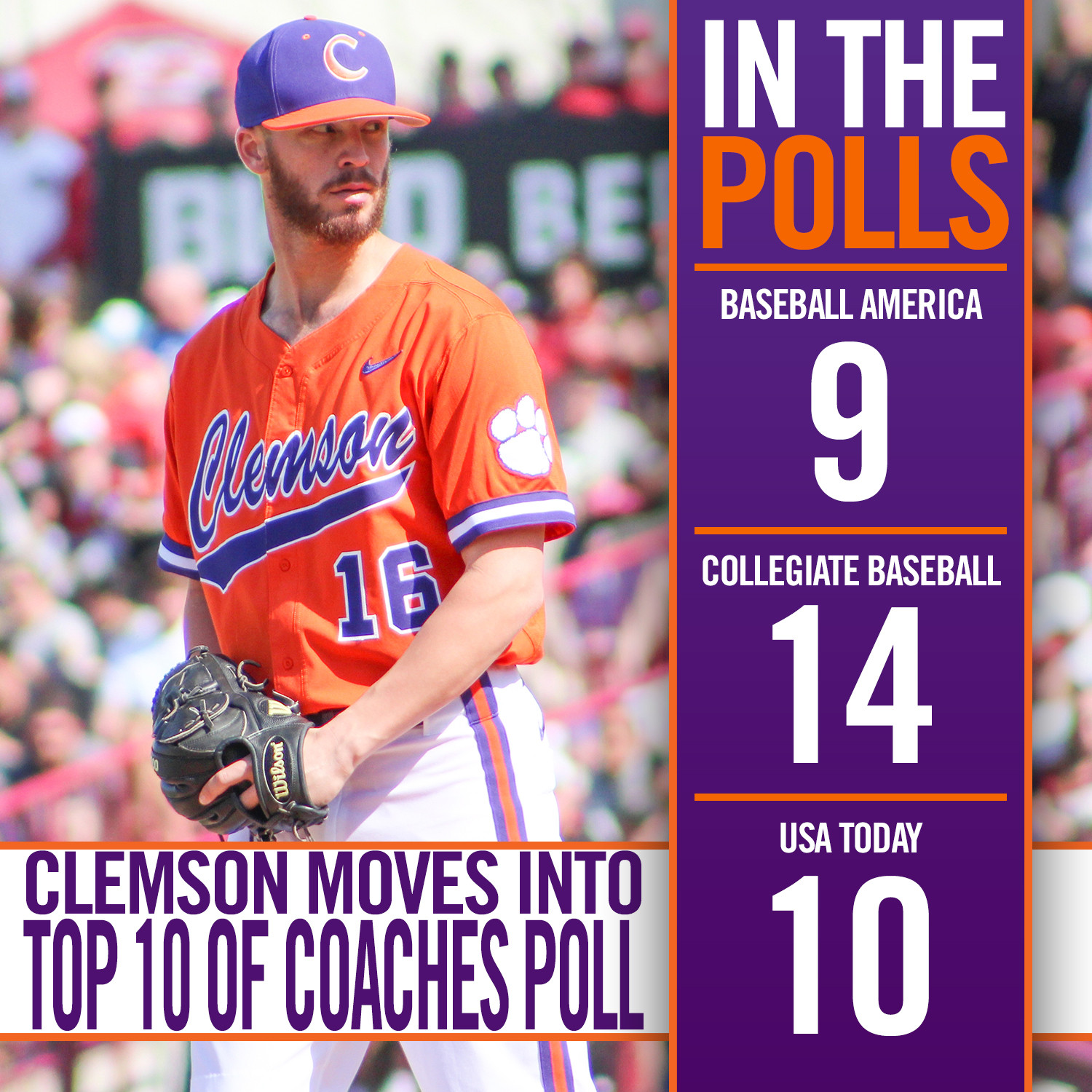 CLEMSON, S.C. – The Tigers moved into the top 10 at No. 10 in this week’s USA Today coaches poll, released Monday. Clemson moved up one spot from the previous week thanks to a 4-0 record, including a three-game sweep of Notre Dame at Doug Kingsmore Stadium. The Tigers stayed at No. 9 in the Baseball America ranking and moved up one spot to No. 14 in the Collegiate Baseball poll.

It marked the 12th week in a row (dating to 2016) the Tigers were ranked in the top 25 of at least one of the polls. Clemson plays five home games this week, starting with a two-game midweek series against Yale before playing No. 11 Virginia over the weekend.