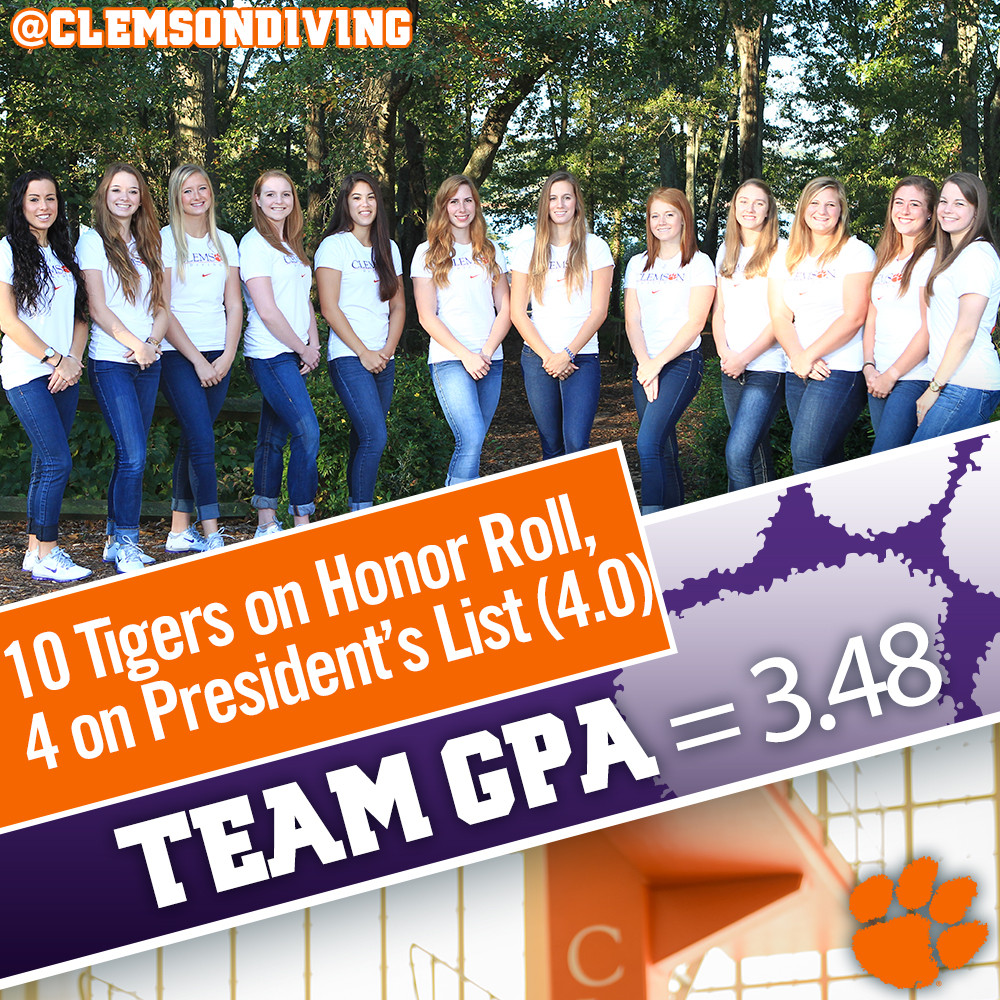 CLEMSON, S.C. – The Clemson diving team once again achieved greatness in the classroom for the spring semester of 2015. The Tigers recorded a 3.48 cumulative grade point average as a team, marking the eighth consecutive semester (every semester since becoming a diving-only program) with a team GPA of 3.3 or above. The team GPA was also the second-best among all Clemson athletic teams for the semester, trailing only the 3.58 posted by the women’s tennis team.

Ten divers on Head Coach Leslie Hasselbach Adams’ squad were named to the Honor Roll, with a GPA of at least 3.0, while three Tigers earned a perfect 4.0 GPA and a spot on Clemson’s President’s List for the semester.

Earlier this spring, all three of the team’s seniors – Jessica Doolittle, Chelsea Uranaka and Emily Yoder – earned their undergraduate degrees from Clemson. Junior Tabitha Banks was inducted into the prestigious Phi Beta Kappa honor society this spring as well.

Last week, the team was recognized for its APR score (Academic Progress Rate) ranking among the top 10 percent of all FBS programs nationally. Clemson was one of 29 women’s swimming and diving programs honored, and one of just three from the ACC.