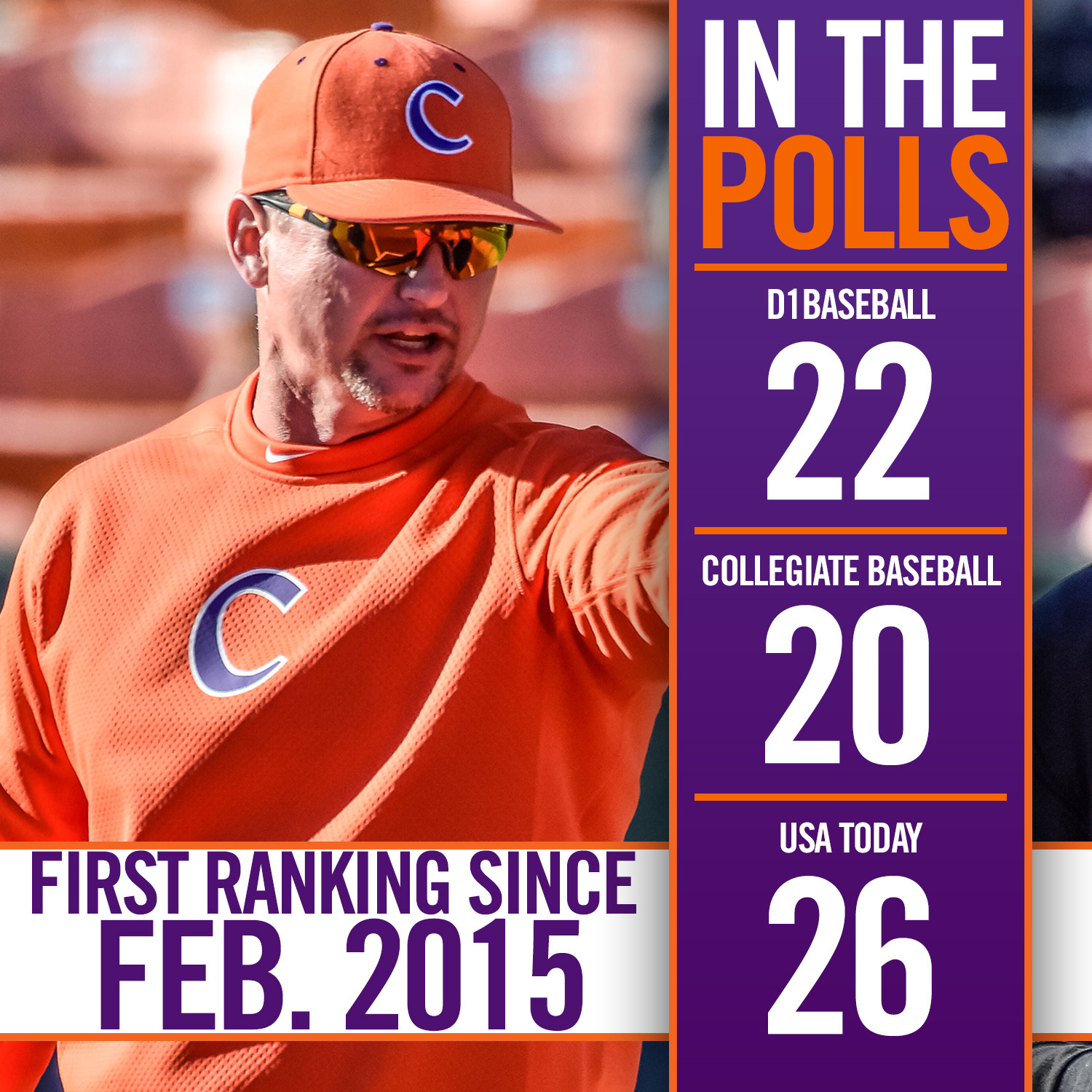 CLEMSON, S.C. – The Tigers entered the top 25 of the Collegiate Baseball poll at No. 20 on Monday after winning three of four games last week, including two victories in three games against No. 18 South Carolina over the weekend.

It marks Clemson’s first top-25 ranking since being ranked No. 24 in the 2015 Baseball America preseason ranking. The Tigers are also ranked No. 22 in this week’s D1Baseball poll and No. 26 in the USA Today coaches poll.

The Tigers are 8-2 on the season, their best mark through 10 games since 2010, when that team started 9-1. Clemson plays four games this week, including a home contest on Wednesday afternoon against Winthrop before beginning ACC play at Wake Forest over the weekend. Seventeen of Clemson’s next 26 games are on the road.