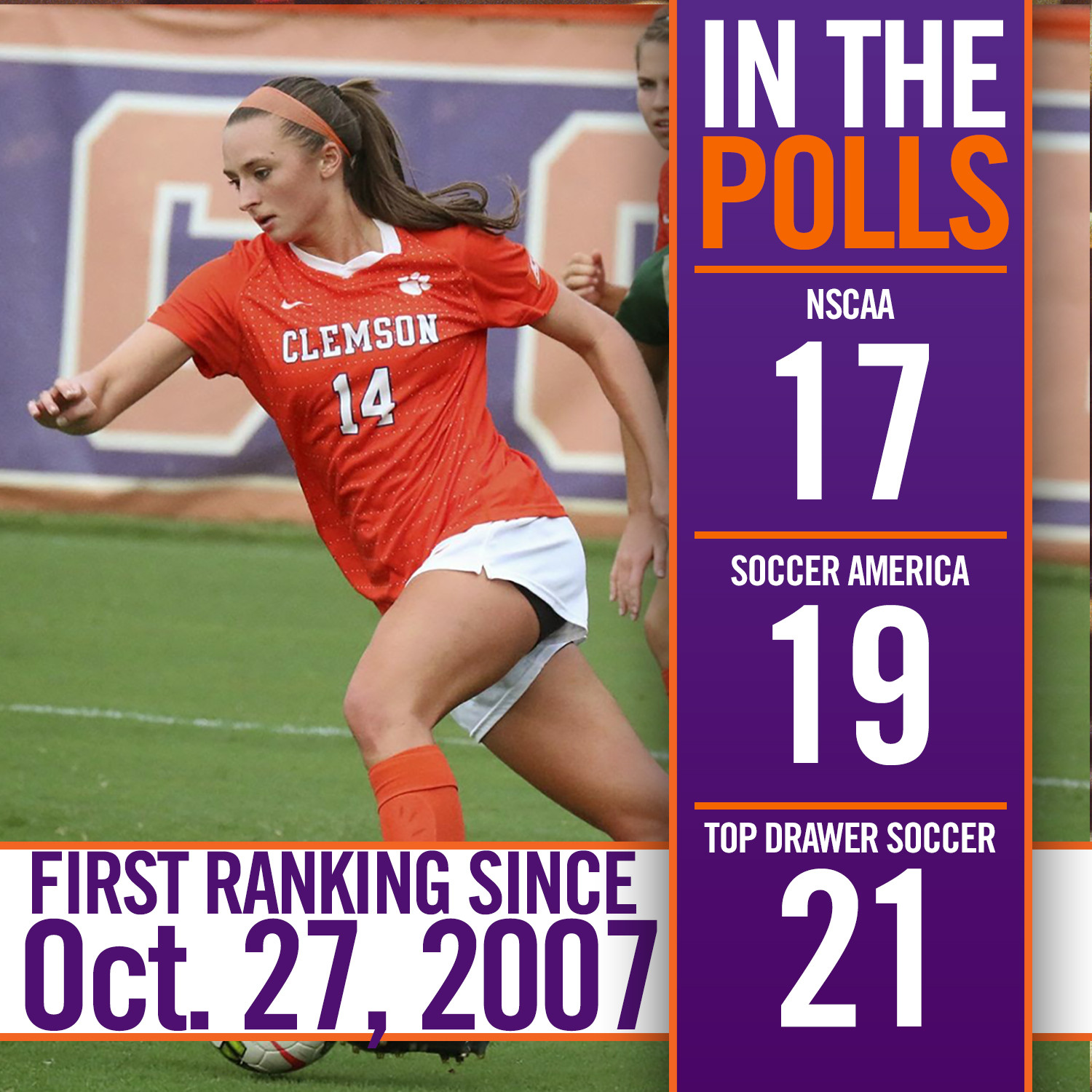 Tigers Ranked No. 17 by NSCAA

CLEMSON, S.C. – Thanks to a 5-0-1 start to the season, including a 1-0 win at ninth-ranked South Carolina on Friday, the Clemson women’s soccer team moved into the top 25 in three major polls this week.

Clemson is 17th according to the NSCAA, the highest ranking the Tigers received among the three polls. The Tigers were also ranked 19th by Soccer America and 21st by TopDrawerSoccer.com in this week’s polls.

This marks the first time since October 27, 2007 that the Tigers have been ranked. Through six games Clemson has outscored opponents 20-3.

Clemson returns to action Thursday night as it hosts Drexel at 7 p.m. at Historic Riggs Field.