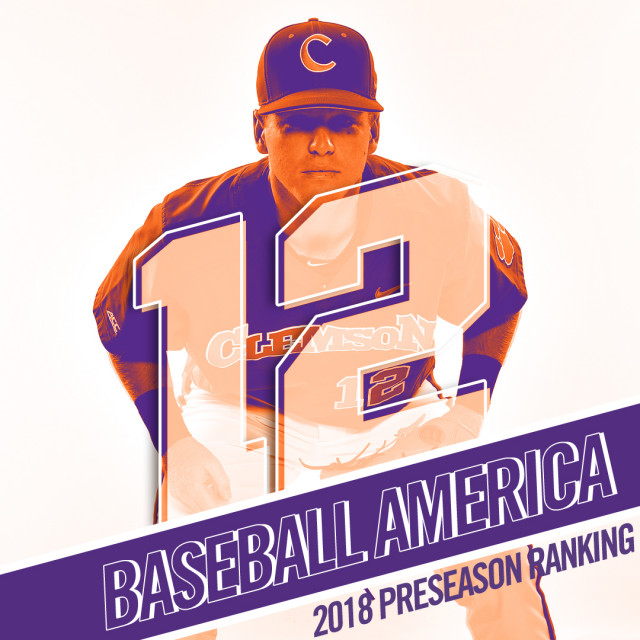 CLEMSON, S.C. – The Tigers were ranked No. 12 in the Baseball America preseason ranking, released Tuesday. Florida was ranked as the nation’s preseason No. 1 team, followed by Oregon State, Florida State, Arkansas and Texas Tech. Clemson was also ranked No. 15 by Collegiate Baseball and No. 24 by Perfect Game in the preseason.

Clemson was one of five ACC teams ranked in the preseason top 25. Other ACC teams that joined Clemson in the top 25 were North Carolina (6), Virginia (15) and Louisville (19).

The Tigers had a 42-21 overall record in 2017 and hosted a regional for the second year in a row. Clemson opens the 2018 season against William & Mary on Feb. 16 at Doug Kingsmore Stadium.