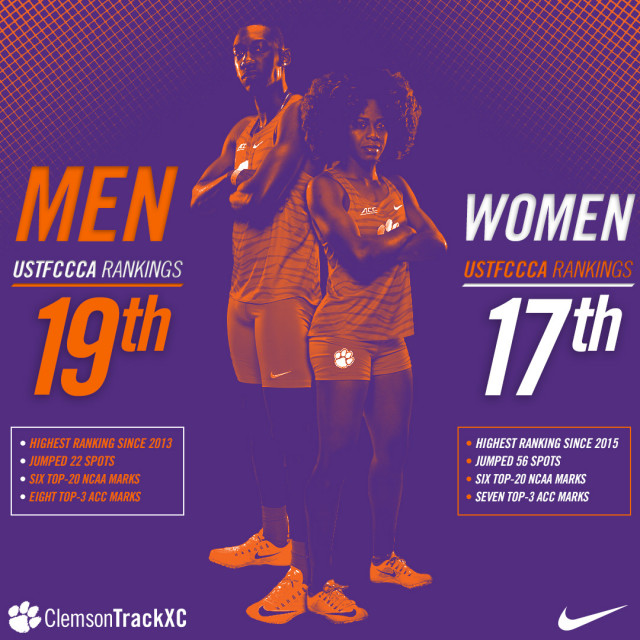 Tigers Ranked in Top-20 by USTFCCCA

NEW ORLEANS, La. – The U.S. Track & Field and Cross Country Coaches Association (USTFCCCA) have ranked the Clemson men’s and women’s track & field teams Nos. 19 and 17, respectively, the coaches’ organization announced Monday. The rankings are the highest for the women’s team since 2015, and best on the men’s side since 2013.

The Tiger men jumped 22 spots from last week’s ranking of 41st, while the women saw a boost of 56 spots from from No. 73. Clemson is coming off an impressive outing from the 2018 ACC Indoor Track & Field Championships, which were hosted at the Clemson Indoor Track & Field Complex, this past weekend. Both teams placed third overall and earned a combined four ACC event titles, including both 4x400m relay teams.

Up next, the Tigers return to College Station, Texas, March 9-10 for the 2018 NCAA Indoor Track & Field Championships. Streaming and live results links will soon display on clemsontigers.com.