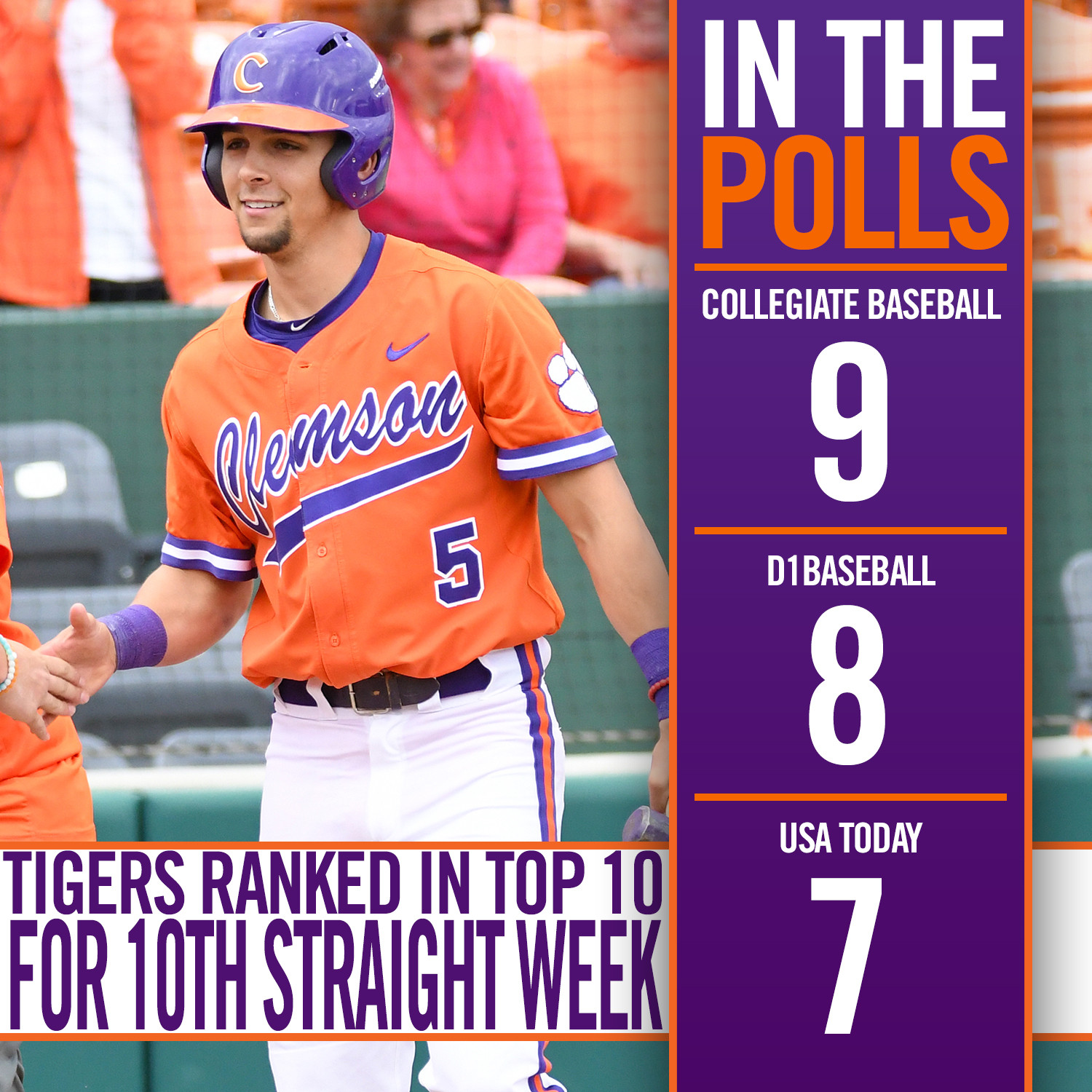 CLEMSON, S.C. – The Tigers were ranked No. 7 in the USA Today coaches poll on Monday after splitting two games against Nevada over the weekend. Clemson (35-12, 16-8 ACC) was also ranked No. 8 by D1Baseball, No. 9 by Collegiate Baseball and No. 11 by Baseball America. It marked the 10th week in a row Clemson was ranked in the top 10 of at least one of the polls and 20th consecutive week ranked in the top 25 dating to 2016.

Clemson, who is playing Nevada in the series finale on Monday, plays four more games this week, starting with a Tuesday night game against Furman at Fluor Field and closing with a three-game series against No. 2 Louisville at Doug Kingsmore Stadium this weekend.