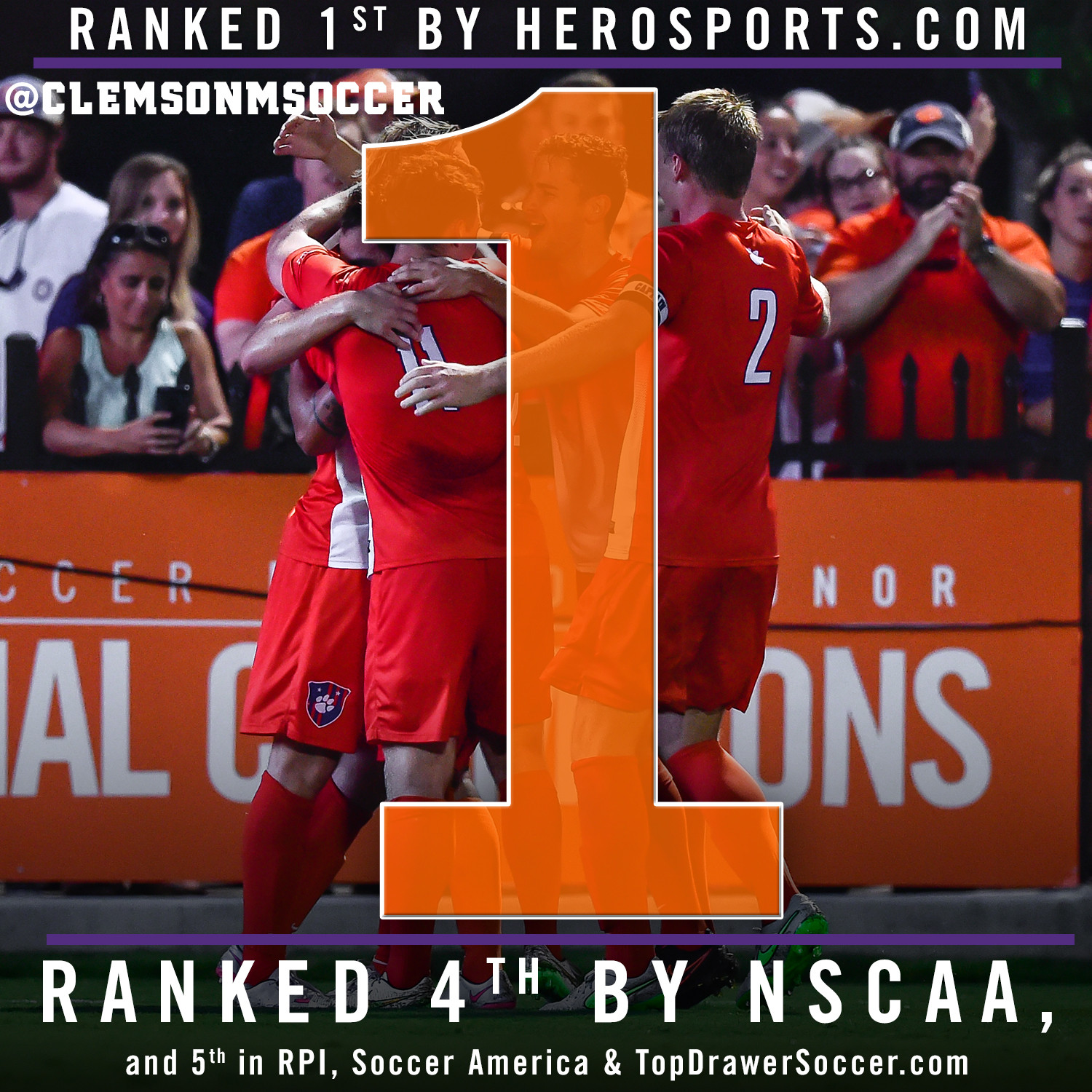 Tigers Ranked First in One Poll, Top Five in Others

CLEMSON, S.C. – The Clemson men’s soccer team achieved its first No. 1 ranking of the 2015 season this week when it was listed first in the nation according to HeroSports.com. It is the Tigers’ first No. 1 ranking under sixth-year head coach Mike Noonan, and the program’s first top ranking since Sept. 18, 2006, when the team was ranked first by the NSCAA.

The Tigers (10-1-2, 3-1-1 ACC) improved from No. 3 in last week’s poll after defeating Charlotte (1-0) and Louisville (4-2) last week. Clemson is ranked fourth nationally by the NSCAA and fifth by Soccer America and TopDrawerSoccer.com.

The Tigers are fifth in the Ratings Percentage Index (RPI) released on Monday. Four of the top five programs in the current RPI are from the ACC (1. Wake Forest, 2. North Carolina, 4. Notre Dame). In addition, eight ACC teams are listed in the top 21 in the RPI, and 11 are top 50 or better.

The Tigers head north this week to face Syracuse on Saturday, Oct. 17 at 7 p.m. The Orange are ranked as high as 11th in the nation.