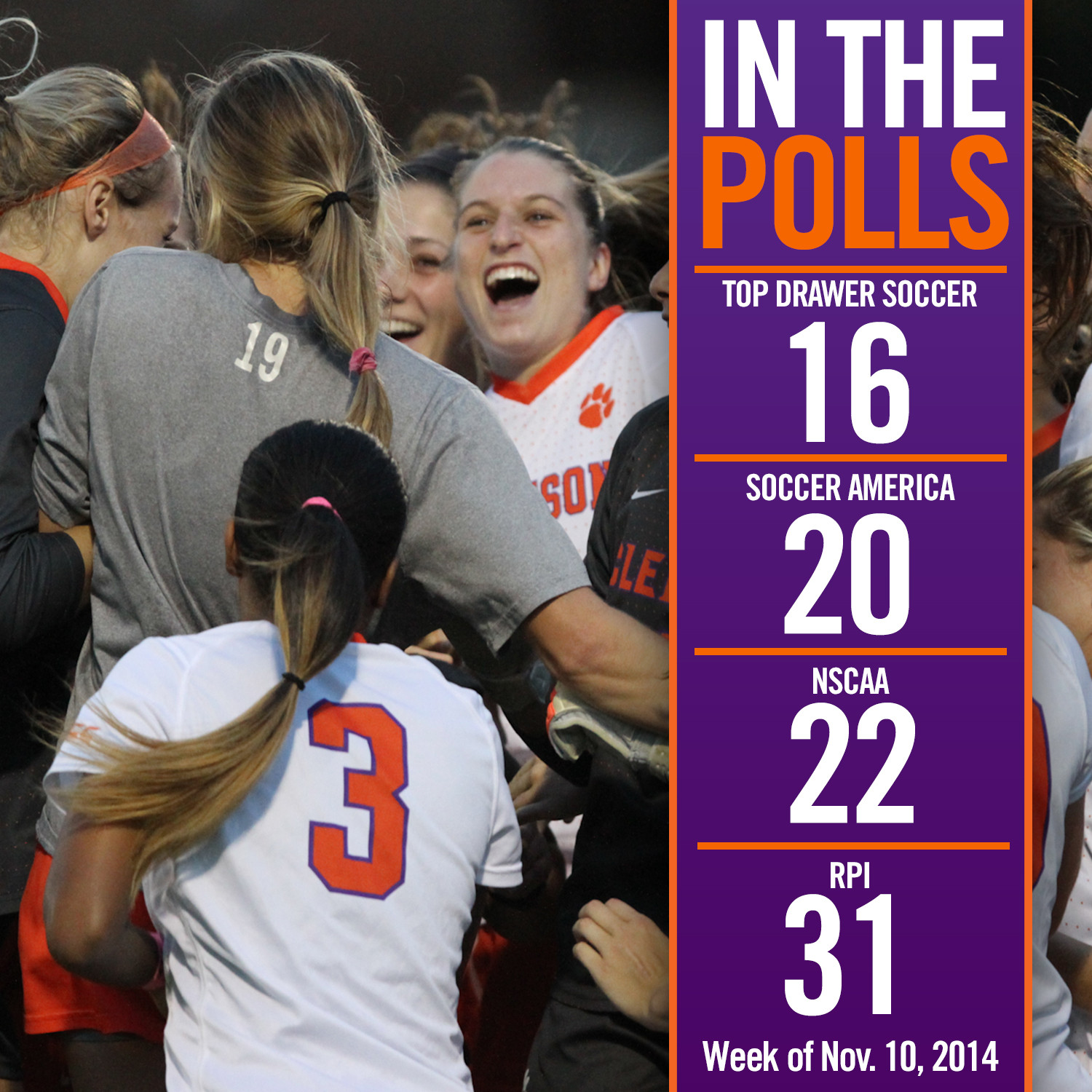 Tigers Ranked as High as 16th, Sheridan and Atanda Honored

CLEMSON, S.C. – The Clemson women’s soccer team is ranked in all three major polls this week. The Tigers were off this week after finishing the regular season 13-3-2. It was the first 13 win season for the program since 2002 and the first time in the 20-year program history that the team has recorded six ACC wins.

Clemson was ranked 31st in the eighth RPI poll released Monday by the ACC, the final poll of the regular season. Clemson is one of six ACC schools with an RPI in the top 31. Florida State is ranked fourth, North Carolina fifth, Virginia seventh, Notre Dame 14th, Virginia Tech 19th and Clemson 31st.

The Tigers are ranked 16th by TopDrawerSoccer.com, the highest ranking Clemson received this week. Clemson is currently ranked 20th by Soccer America and 22nd by the NSCAA.

Clemson will play at South Carolina Friday, Nov. 14th at 6 p.m. in the first round of the NCAA Tournament. Clemson made the tournament for the first time since 2007.