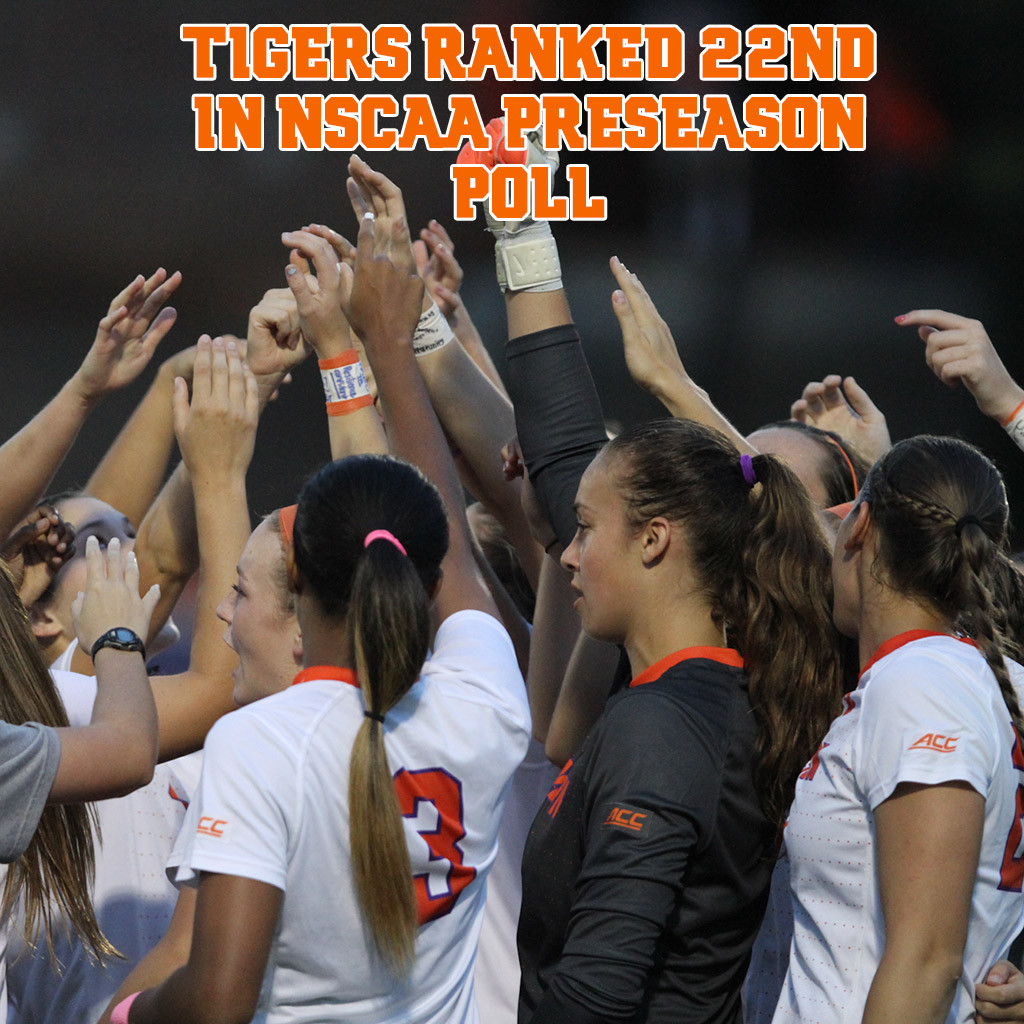 CLEMSON, S.C. – The Clemson women’s soccer team is ranked No. 22 in the National Soccer Coaches Association of America (NSCAA) Preseason poll, as announced on Monday afternoon. This is Clemson’s first appearance in the preseason poll since 2007 when the Tigers were ranked 19th.

The Tigers, who were ranked 21st in the final national poll in 2014, return nine starters from last season’s NCAA Tournament team, including the top five goal scorers. Eddie Radwanksi’s team finished the 2014 season 13-3-3 and made the NCAA tournament for the first time since 2007.

On offense, the Tigers return their leading goal scorer in junior Catrina Atanda, as well as sophomores Shannon Horgan and Salma Anastasio. Atanda netted nine goals and 20 points for the Tigers, both team highs, en route to a Second Team All-ACC nod. Anastasio contributed five goals while Horgan led the team with six assists. Both players were named to the ACC All-Freshman team a year ago. Gabby Byorth, a Third Team All-ACC selection in 2014, is one of three starting defenders returning to help goalkeeper Kailen Sheridan in the backfield. Sheridan, a member of the All-ACC First Team, allowed only 10 goals all season while recording 40 saves. She holds the Clemson record for lowest goals allowed average.

Six of Clemson’s 2015 opponents are among the preseason top 25 and all but one (South Carolina, No. 11) are conference foes. Florida State, the defending national champions, sit atop the poll with Virginia in second. North Carolina is ranked No. 7, Notre Dame is No. 9 and Virginia Tech is No. 13.

Clemson begins its season on Monday, Aug. 10 at home against Tennessee in an exhibition match, before heading to Duke on Aug. 15 for their second and final preseason tune-up. The Aug. 10 match against the Volunteers will be played at the Clemson Soccer Practice Fields. The regular season starts Aug. 21 when the Tigers take on Texas in Charleston, S.C. at 5 p.m.