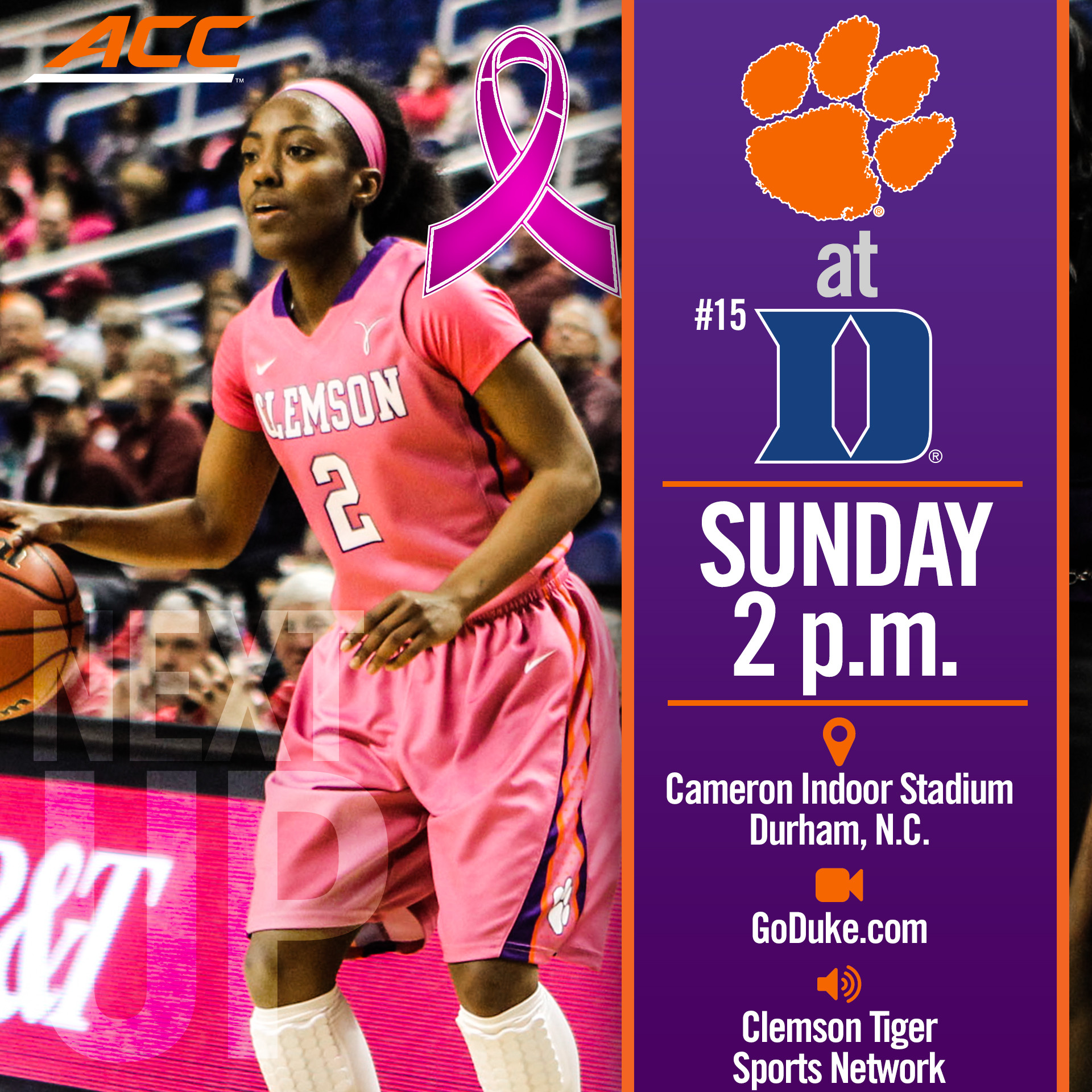 Tigers Play No. 15 Duke at Cameron

CLEMSON, S.C. – Clemson travels to No. 15/15 Duke for a 2 p.m. showdown at Cameron Indoor Stadium on Sunday. The Tigers (9-14, 1-9 ACC) are entering a six-game stretch to close the regular season that features four ranked opponents, including the Blue Devils (17-6, 8-2 ACC). Clemson has played 12 of its 23 games this season against top-100 teams, and five against nationally ranked teams.

Clemson will wear pink as Duke holds its #Play4Kay game, an annual tradition in which the teams pay tribute to the late Kay Yow, a Hall of Fame coach who lost her battle with breast cancer. Clemson visited the Yow Fund offices during a January trip to Raleigh.

Clemson’s Chelsea Lindsay will play in her hometown for the final time as a Tiger, as she grew up in Durham and attended Hillside high school. Lindsay is averaging 7.5 points, 4.9 rebounds, 2.3 assists and 1.7 steals per game in league play this season.

Tiffany Lewis enters the game red-hot, having hit 11 three-pointers over the last two games, including a career-best six at Boston College on Thursday. Freshman Shelbie Davenport tallied a career-best 19 points against the Eagles, with 14 coming in the first half, which saw her drill four shot from behind the arc during the half.