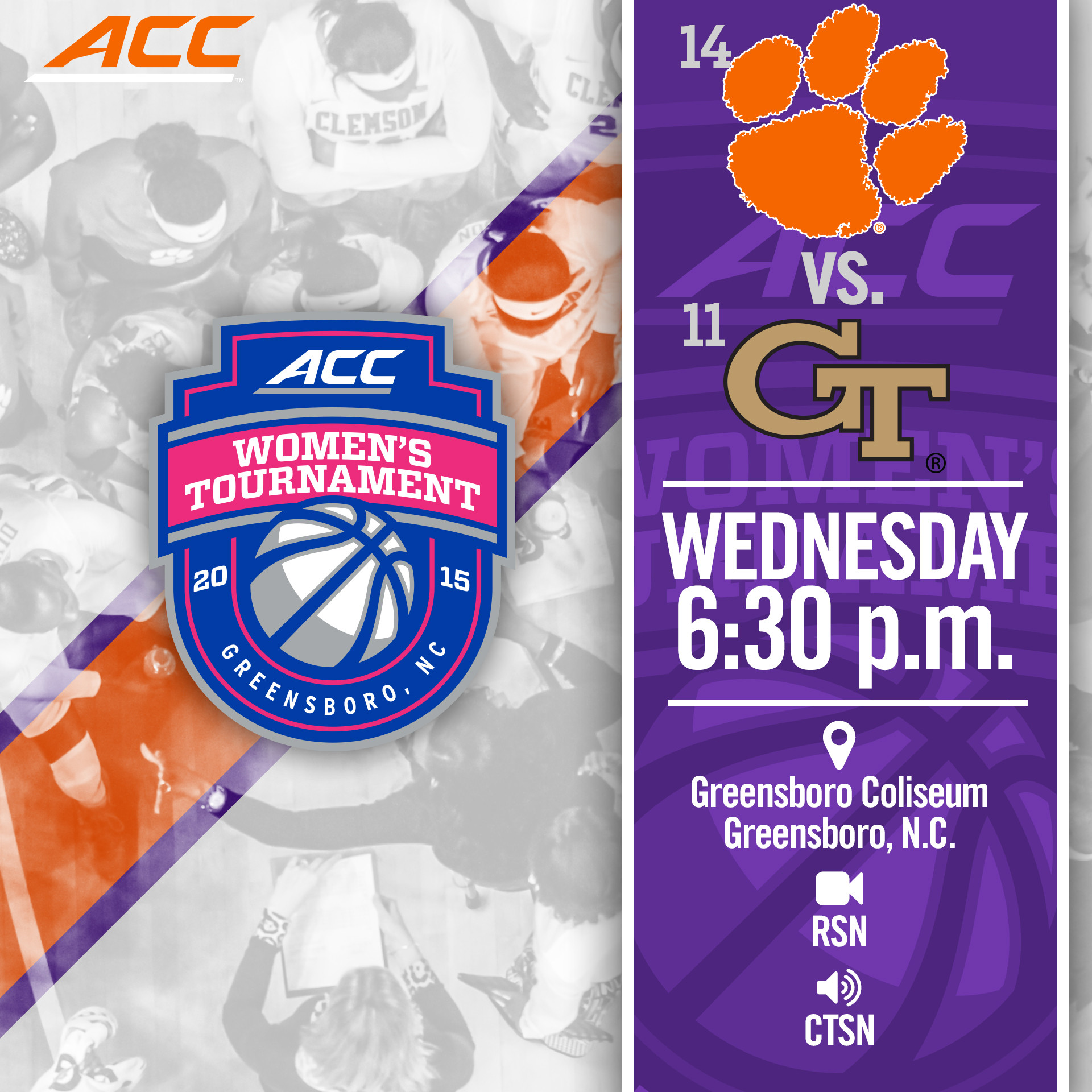 GREENSBORO, N.C. – Clemson opens the ACC Women’s Basketball Tournament on Wednesday at 6:30 p.m. against 11-seed Georgia Tech (17-13, 7-9 ACC). The Tigers (9-20, 1-15 ACC) are seeded 14th, after going 9-20 and 1-15 in conference play. Clemson and Georgia Tech have already met twice this season, with the Yellow Jackets claiming both meetings. However, the Tigers have a 4-1 mark against the Jackets all-time in the tournament, including a victory as the 12-seed in 2009.

The Tigers will be in pink in the game in the Play4Kay initiative, which occurs on the first day of the Tournament. Clemson defeated Virginia Tech last season in the first round while also wearing pink, the team’s first win in the tournament since the aforementioned game over Georgia Tech.

It will be the first ACC Tournament game for nine of the 12 Tigers, as only Dixon, Chelsea Lindsay, and sophomore Paige Mosley have experience in Greensboro.