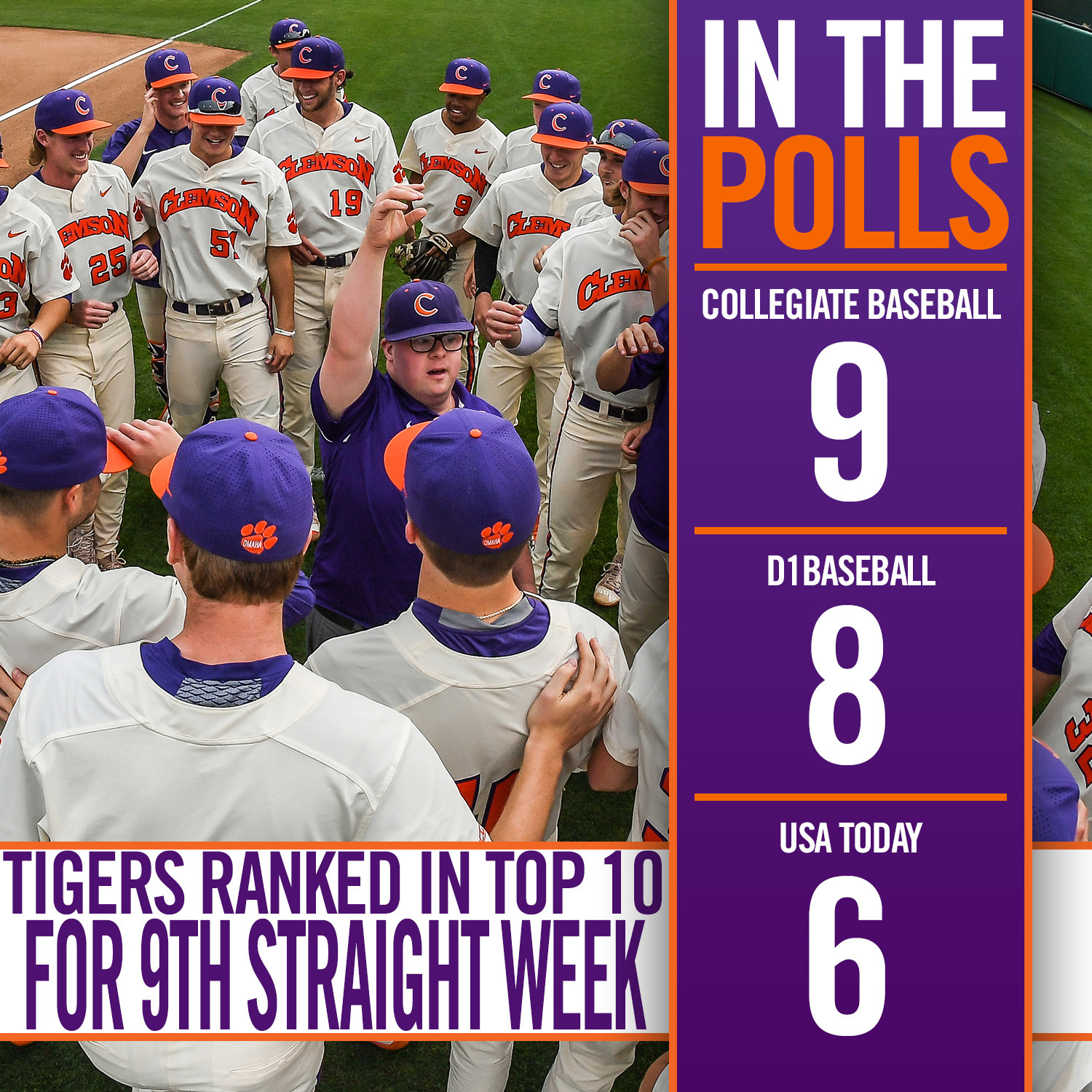 Tigers No. 6 in Coaches Poll

After taking five days off for final exams, Clemson plays the first two games of the three-game series this week against Nevada. Game one is Saturday at 6:30 p.m.