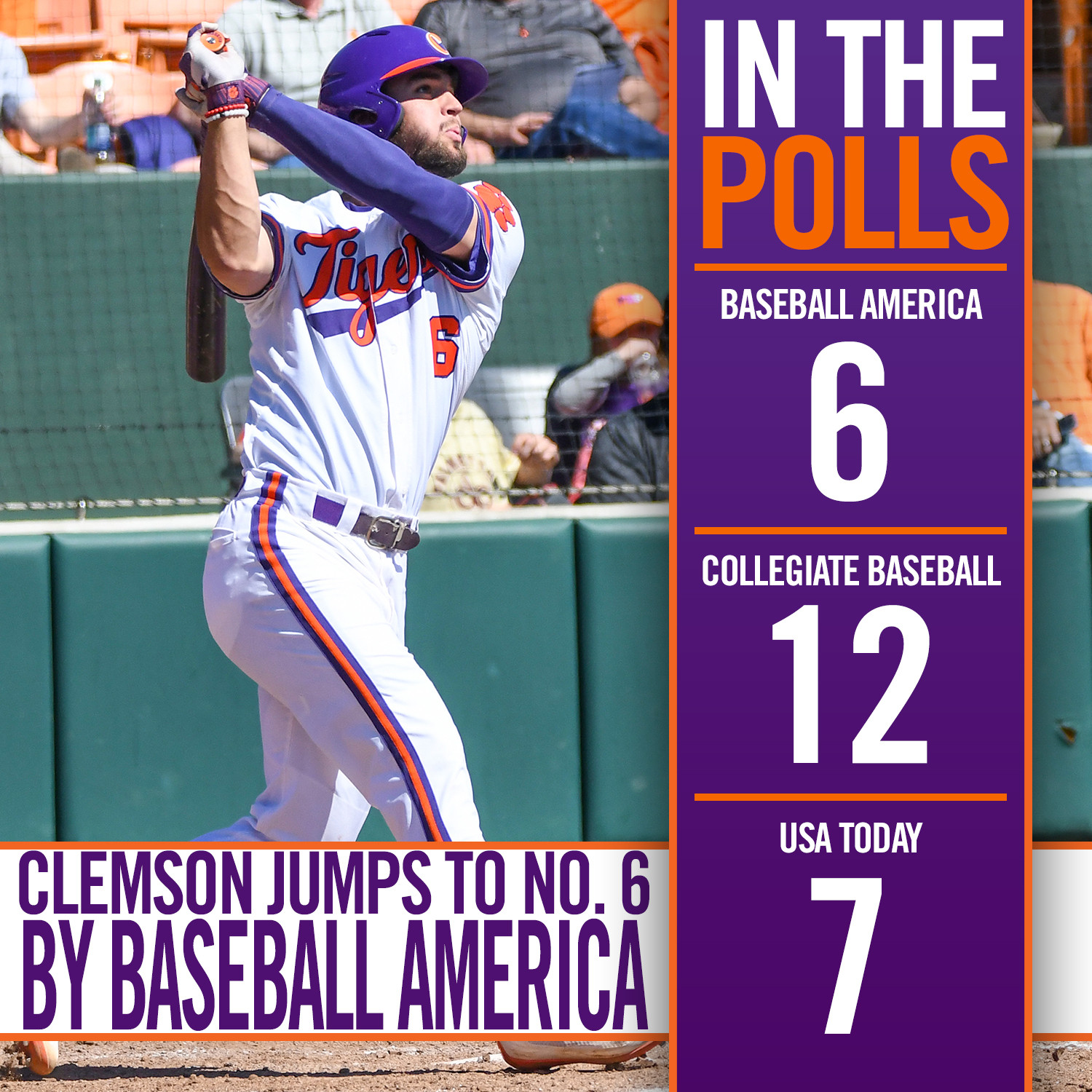 Tigers Move Up in Polls

It marked the 13th week in a row (dating to 2016) the Tigers were ranked in the top 25 of at least one of the polls. Clemson plays four games on the road this week, starting with a Tuesday night game at College of Charleston before playing three games against Boston College at Kingston, R.I., over the weekend.