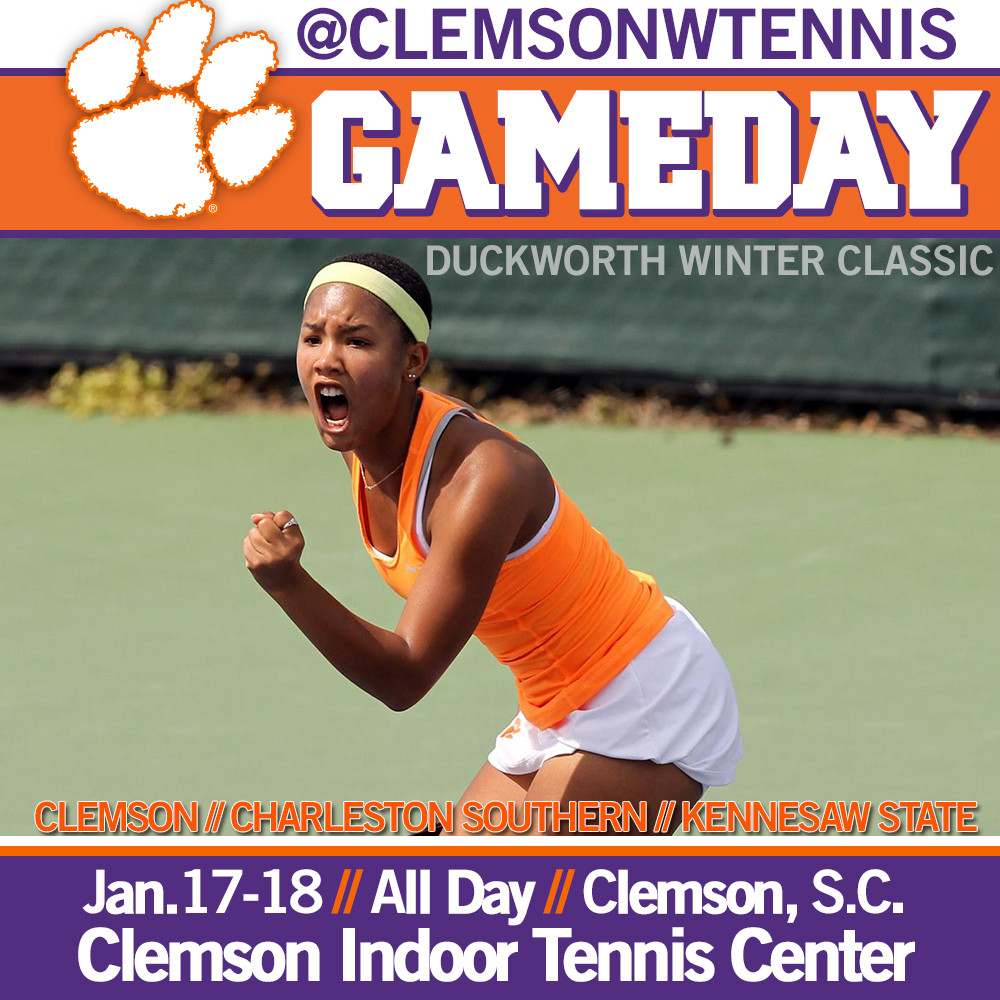 CLEMSON, S.C. – The 13th-ranked Clemson women’s tennis team kicks off the spring season when they host Charleston Southern and Kennesaw State in the Duckworth Winter Classic Saturday, Jan. 17 and Sunday, Jan. 18. The tournament consists of four flights of singles matches and three flights of doubles matches to be played at the Clemson Indoor Tennis Center.

Round one of doubles play begins Saturday at 8:30 a.m. followed by two rounds of singles play. On Sunday at 8:30 a.m., the second and third rounds of doubles play will be followed by the final round of singles matches. Periodic score updates will be posted on Twitter @ClemsonWTennis throughout the weekend. Complete results will be available on ClemsonTigers.com at the end of each day, with a tournament recap posted at the conclusion of play on Sunday.

Nancy Harris’s Tigers finished the 2014 season 22-7 and as co-regular season ACC Champions. The Tigers also have two singles players and one doubles team ranked in the preseason polls. Joana Eidukonyte, a junior from Lithuania, earned Clemson’s top ranking at 27th. Senior Romy Koelzer enters the spring ranked 85th in the nation. The doubles team of Beatrice Gumulya and Jessy Rompies finished the fall season 9-1 and come into the spring ranked second nationally.

Scouting Kennesaw StateKennesaw State finished the 2014 season with a 6-13 overall record. The Tigers and Owls have never met on the tennis court entering Saturday’s tournament.