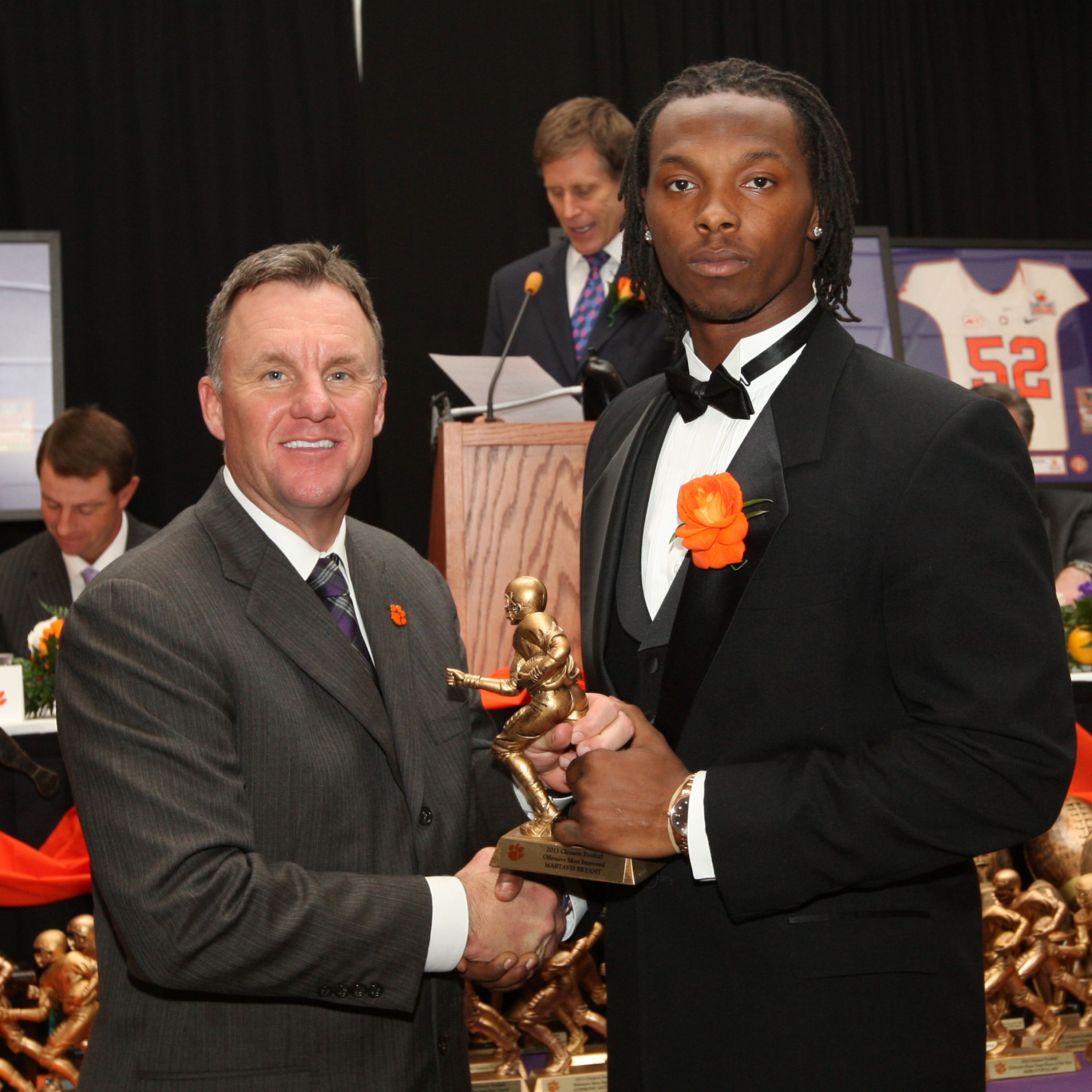 Tigers in the NFL: Week 9

·      Second-year wide receiver Jaron Brown scored a touchdown for the Arizona Cardinals in their 28-17 victory over the Dallas Cowboys on Sunday. Brown made the Cardinals’ roster as an undrafted rookie in 2013, beating out veterans Kerry Taylor and Mike Thomas for the final spot. The touchdown catch was the first of Brown’s career in the regular season.

·      Andre Ellington continued to get the job done on the ground and through the air for the Cardinals. Ellington rushed for 95 yards and finished with 39 receiving yards and a touchdown. At 7-1, the Cardinals have the best overall record in the NFC and are first in the NFC West Division over the reigning Super Bowl champion Seattle Seahawks and the San Francisco 49ers.

·      Deandre Hopkins finished with 115 yards and a touchdown in the Houston Texans’ loss against the Philadelphia Eagles. Hopkins currently has 684 receiving yards and four touchdowns on the year, and is on pace to have over 1,000 receiving yards in only his second year with the Texans.

·       Dwayne Allen didn’t see as many targets from Andrew Luck in their Monday Night showdown against the New York Giants but still finished with 48 receiving yards and a touchdown for the Indianapolis Colts in their 40-24 victory over the Giants. Allen has seven touchdowns on the year, and is quickly rising through the ranks as a young tight end in the NFL.

·      Martavis Bryant looks more like a big steal each and every week for the Pittsburgh Steelers, as the rookie receiver finished with three catches for 44 yards and two touchdowns. Bryant has caught five touchdowns in his first three games, which has tied him for most receiving touchdowns in the first three games of an NFL career. Since Bryant was inserted into the rotation, the Steelers, who started off 2-3, have gone on a three-game winning streak. Bryant has a chance to extend his touchdown streak against the New York Jets, who have been struggling with injuries in their secondary.