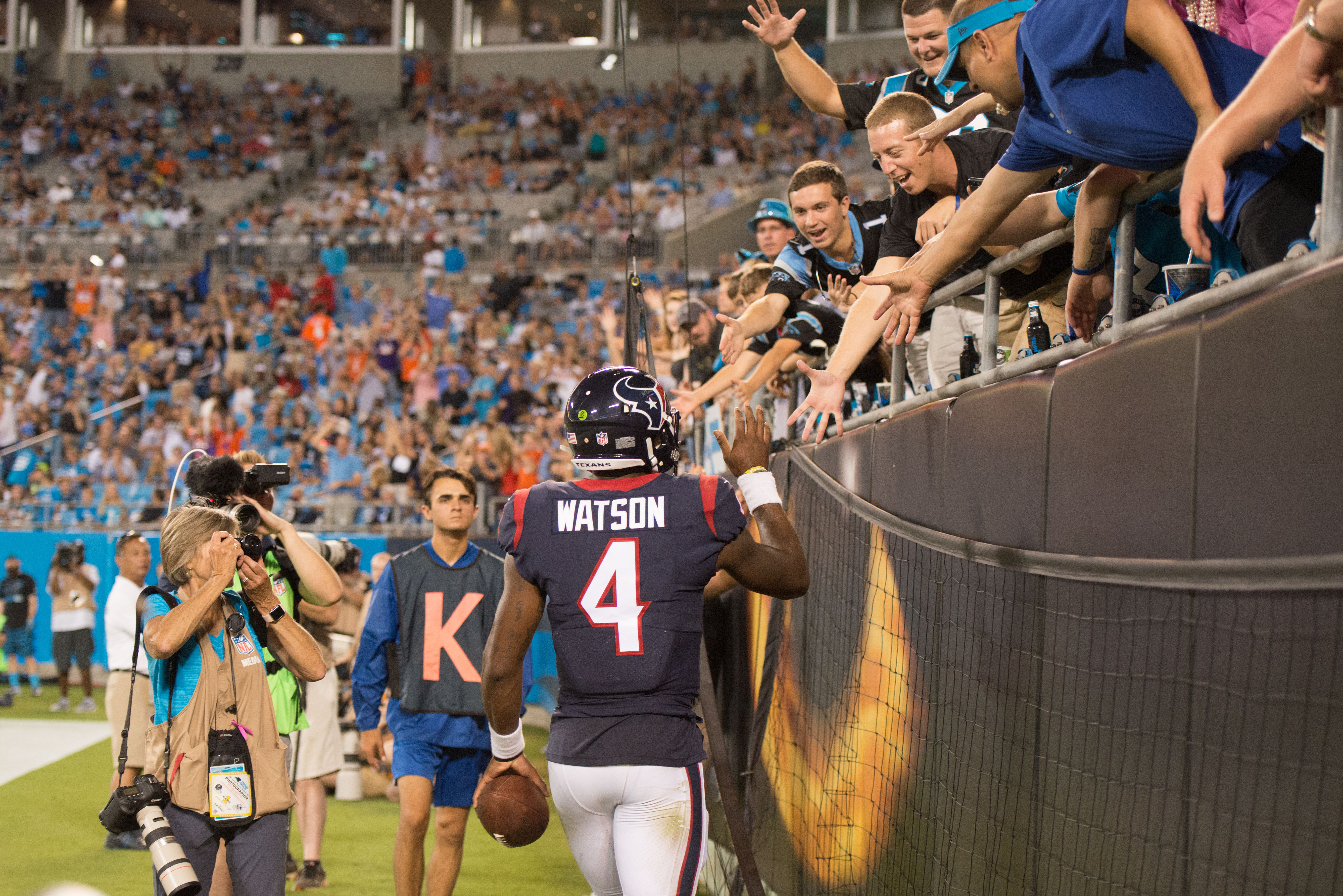 Tigers in the NFL: Week 2

Each week, Tigers in the NFL reports on how former Clemson standouts are doing in the NFL. Here is a look at what went down in Week 2.

Making the highly-anticipated first start of his promising NFL career, rookie Houston Texans quarterback Deshaun Watson manned the Texans’ offense in a victory on the road last Thursday night, scoring on an electrifying 49-yard run for the first rushing touchdown of his career. Winning 13-9 at the Cincinnati Bengals, the Texans were led by Watson, who went 15-24 for 125 yards through the air and picked up 67 yards on five carries, and wide receiver DeAndre Hopkins, who caught seven passes for 73 yards.

On the defensive side of the ball, several former Tigers produced solid performances in Week 2. Buffalo Bills defensive end Shaq Lawson picked up his first sack of the year, finishing with five combined tackles, two of which were for a loss. D.J. Reader, a defensive tackle for the Houston Texans, had a quality outing, as well, collecting a career-best six tackles. Additionally, Atlanta Falcons defensive end Vic Beasley, Jr., garnered a sack and a forced fumble in a Falcons victory. Unfortunately, Beasley injured his hamstring in the contest and will likely miss a month’s worth of action.

In the receiving department, Martavis Bryant made an impact for the Pittsburgh Steelers, as the wide receiver hauled in three receptions for 91 yards and one touchdown. With a 27-yard touchdown and a lengthy 51-yard catch, Bryant was a downfield threat throughout the game for the Steelers. Also, Arizona Cardinals wide receiver Jaron Brown totaled 73 receiving yards on four catches, helping the Cardinals to earn a hard-fought overtime win.