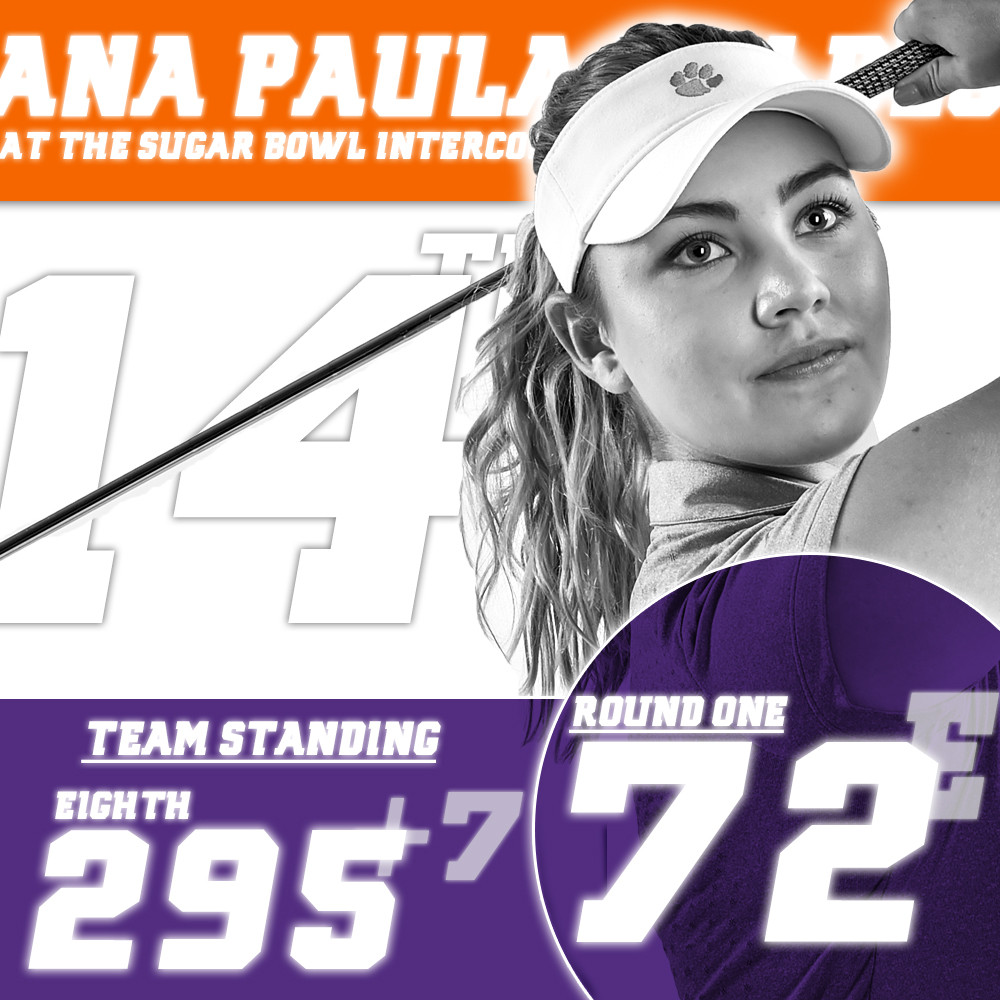 Tigers in Eighth Place after First Round at Sugar Bowl

Clemson, S.C.—Ana Paula Valdes shot an even-par 72 to lead Clemson to a 295 team score and an eighth-place standing after the first round of the Sugar Bowl Intercollegiate at English Turn Golf and Country Club in New Orleans. The 17 teams will continue play in the 54-hole event on Monday and Tuesday.

Miami (FL) holds the team lead at one under par 287 and Denver is second at 290.   So the Tigers are just eight shots in back of the team lead, just five shots from second place in a field that includes seven of the top 25 teams in the nation. Number-one ranked Stanford is in seventh place at 293, just two shots ahead of the Tigers.

“We didn’t get off to a good start,” said Clemson Coach Kelley Hester. “But, we rallied and fought our way back. We lost a few shots coming in but overall we played hard and fought for every shot.

Valdes, a freshman, had six birdies to tie for the most in the field among the 90 players in the field. She played her first 10 holes in four over par, then made birdies on five of six holes before closing with a bogey and her even par score. She stands in 14th place in the individual race.

Alice Hewson, Clemson’s top player over the course of the season, had a one over par 73 and is in a tie for 20th place after the first round. She played the first nine holes in two over par, then made three birdies on her next six holes before closing with a pair of bogeys.

Marisa Messana also scored a one over par 73 on Sunday, after she had three birdies, two bogeys and a double bogey on Sunday.   It was her fourth straight round at 75 or better this spring.

Junior Sydney Legacy had a 77 and freshman Kennedy Swann had a 78 to round the scores for the Tigers.

Live scoring is available at golfstat.com.