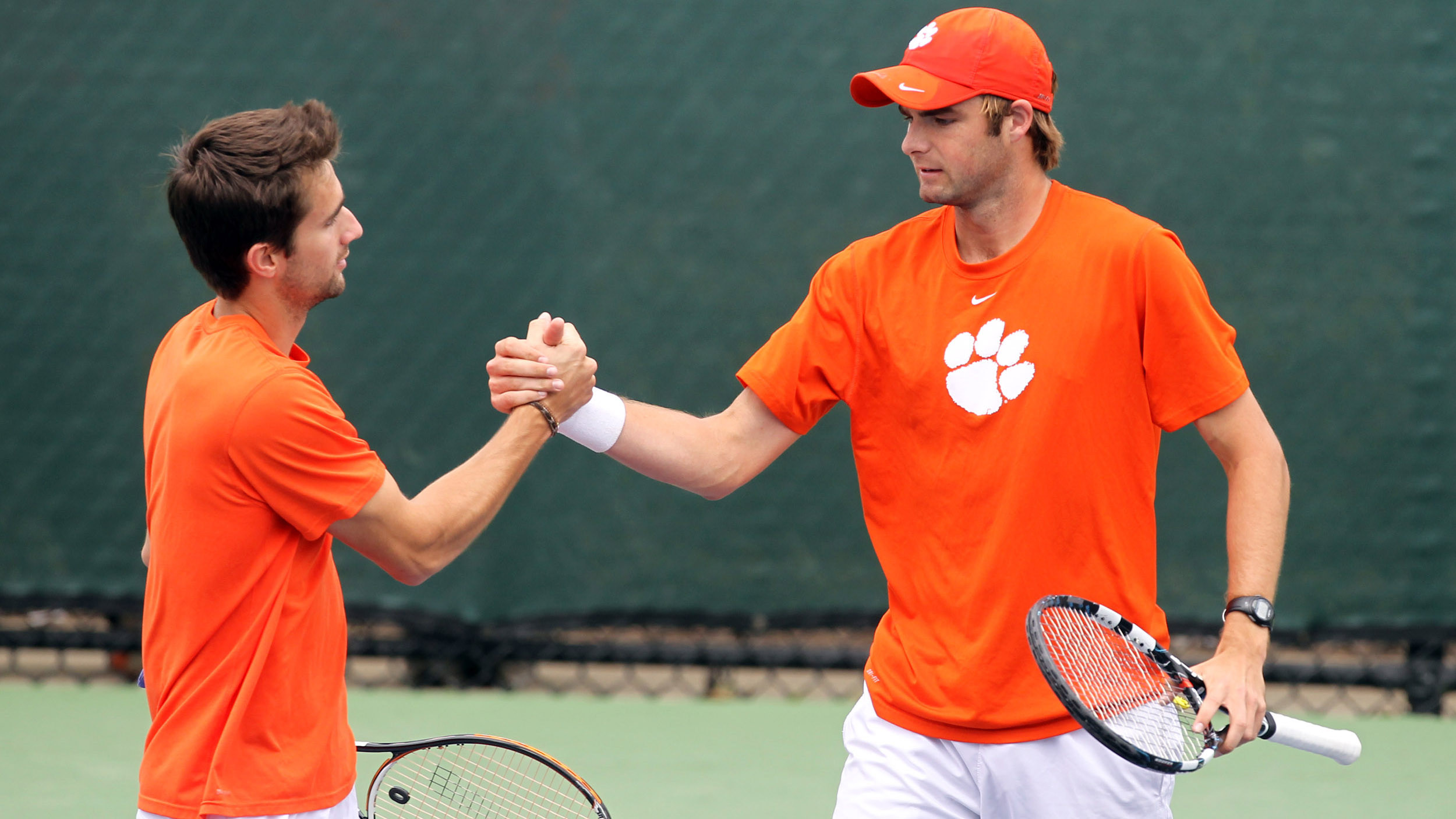 CLEMSON, S.C. – The Tigers are ranked 16th nationally according to the Intercollegiate Tennis Association poll released Tuesday. The team improved four spots in the rankings after defeating Georgia Tech on the road last week.

Senior Hunter Harrington and junior Dominique Maden continue to improve in the ITA doubles rankings. After jumping from 31st to 17th last week, the pair is now ranked ninth in the nation. The duo is 19-1 in dual matches so far this season. Both players are ranked in the ITA singles poll as well, as Harrington is 51st and Maden is 76th.

The Tigers (19-7, 6-5 ACC) are seeded fifth and open play in the 2014 ACC Tournament on Thursday, April 24 in Cary, N.C. Clemson will face 12th-seed Boston College in the first round of the tournament at 12 p.m. at the Cary Tennis Center.