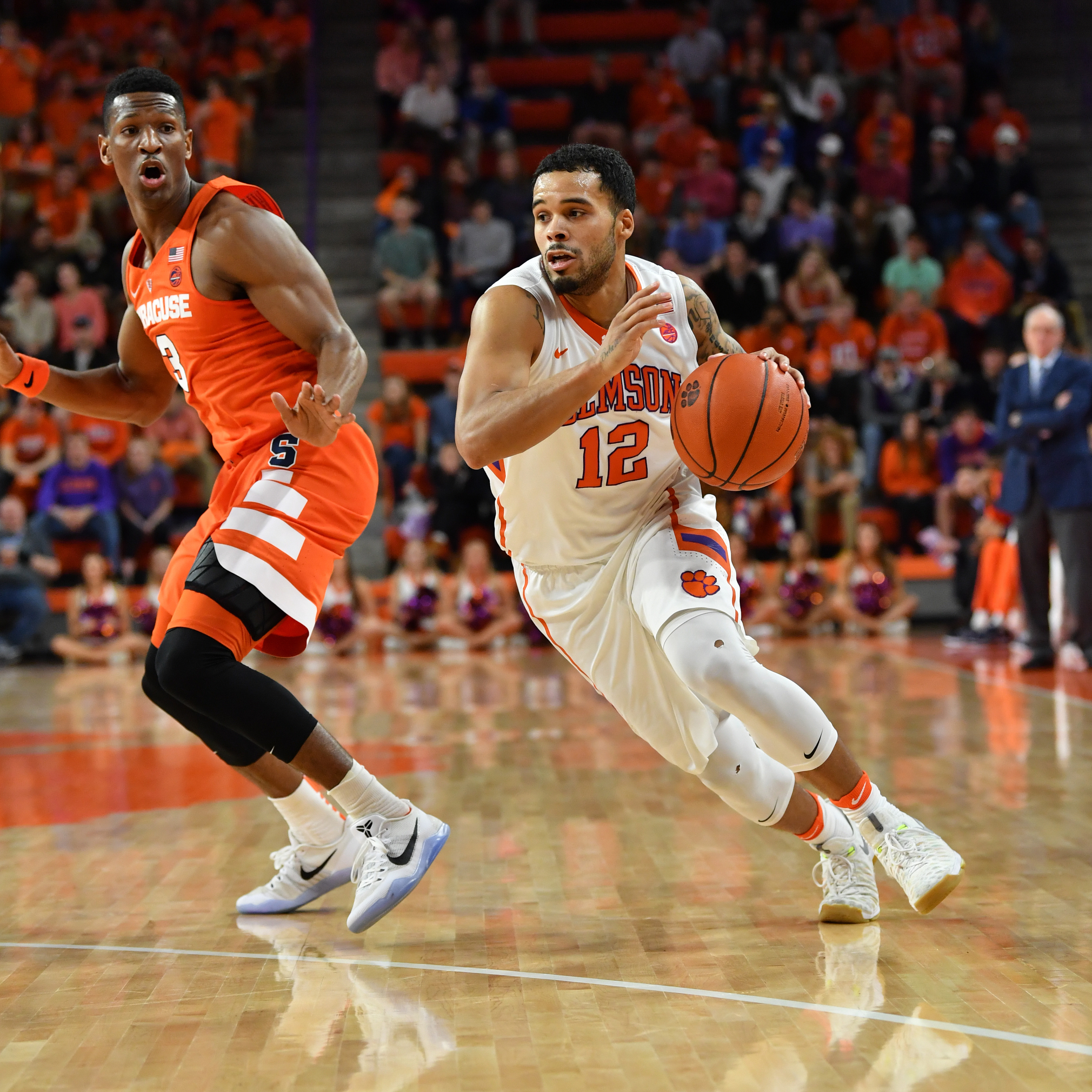 GAMEDAY MATCHUPCLEMSON (14-13, 4-11) vs. FLORIDA STATE (22-6, 10-5)Date: Saturday, Feb. 25Tipoff: 12 p.m. ETArena: Littlejohn Coliseum (9,000)Radio: CTSN (Tony Castricone-pbp; Tim Bourret-color)TV: ACCN (Tom Werme-pbp; Jason Capel-color)• Clemson welcomes 19th-ranked Florida State to Littlejohn Coliseum on Saturday; the game is serving as alumni weekend, with over 80 former players, coaches and staff being honored before tipoff.• The Tigers hold a 19-11 advantage in the series in Clemson, but Florida State has won three of the last four as the away team.• Clemson’s program owns four wins historically over top-25 Florida State teams, and three of the four have come in Littlejohn Coliseum. The most recent was in 2010-11, Brad Brownell’s first season.SERIES HISTORYCU Series W-L record: Florida State leads 39-31Streak: Florida State has won the last two meetingsTIGER TRACKS• Florida State is the 19th consecutive opponent the Tigers have played that is rated among the top 100 in the latest RPI. The Seminoles are No. 13 overall.• Clemson has committed 10 turnovers or less in each of the last five games, one shy of matching last year’s team for the school record streak. In all, the Tigers have committed 10 turnovers or less in nearly half (13) of their games.• Marcquise Reed is averaging 13.8 points per game over Clemson’s last six contests. He scored 18 in the Tigers’ most recent game, including five in the final 65 seconds to give Clemson a chance at Virginia Tech.• Shelton Mitchell has scored double figures in seven of the last eight contests. He is shooting 46 percent from the floor (32-70) over that stretch, while averaging 12.4 points per game.• Elijah Thomas has made 20 of his last 30 field goal attempts.• Jaron Blossomgame needs 10 field goals to rank in the top 10 in Clemson history in points, rebounds, field goals, free throws, starts, minutes, 10-point games and 20-point games.