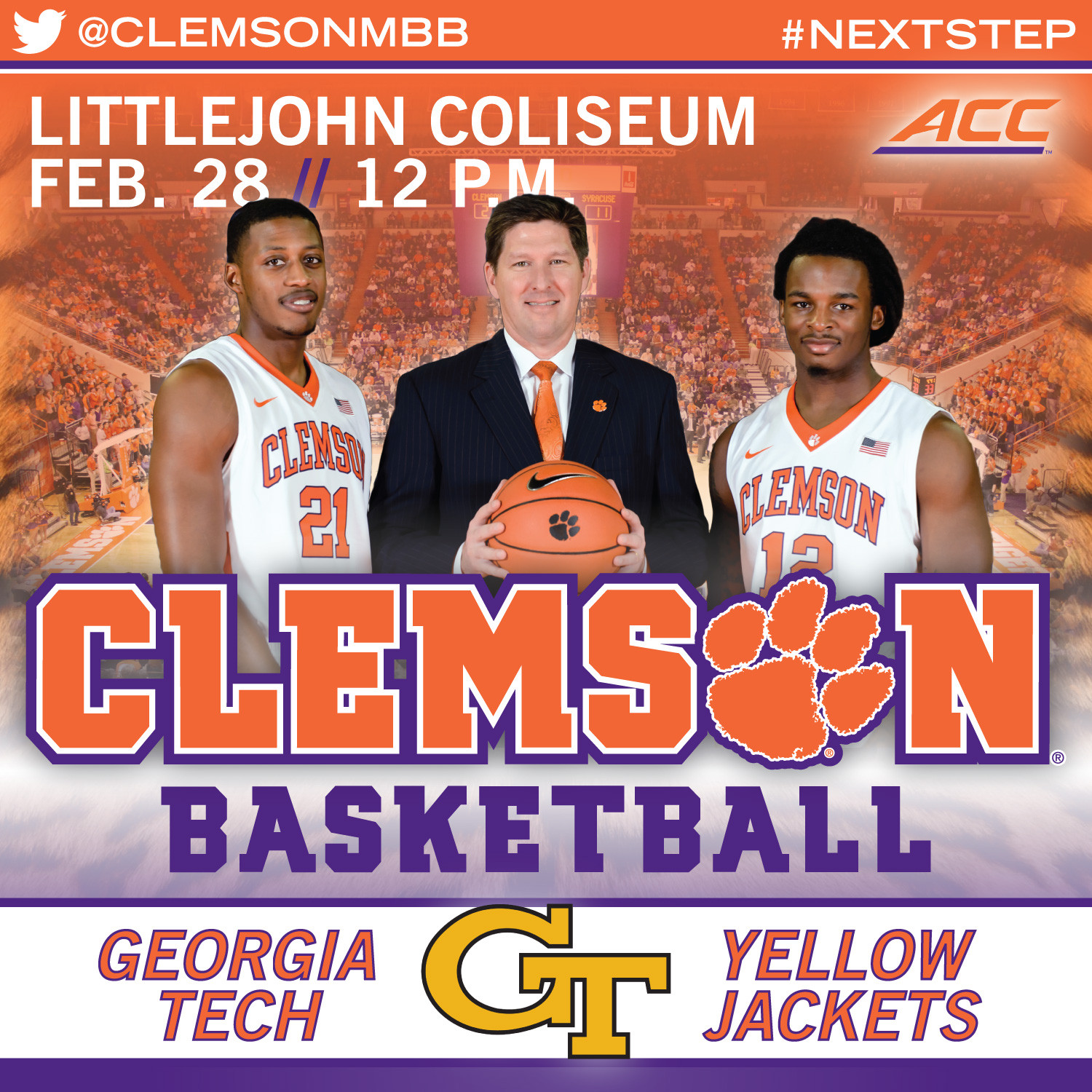 • The Tigers look to snap a two-game skid Saturday by hosting Georgia Tech, just 12 days after the two teams met in Atlanta.

• Clemson has won nine straight home games over Tech, the longest streak in school history over another ACC team.

• The Tiger program will celebrate Senior Day a game early, due to a favorable noon tipoff time. Rod Hall and Damarcus Harrison will be honored before and after the game vs. the Yellow Jackets.

• Clemson has a chance to win its eighth ACC game for the fourth time in five seasons under Brad Brownell.

• Senior guard Rod Hall needs five assists to reach 100 for a third straight season. Hall is ninth in school history with 382 in his career.

• Senior guard Damarcus Harrison is Clemson’s active leader with 101 career three-pointers. He has made at least one in four of Clemson’s last five games.

• Landry Nnoko moved to ninth in school history in the most recent game with 129 career blocked shots. He had four at Duke.

• Austin Ajukwa posted his career high in the first meeting at Georgia Tech. The sophomore scored 10 points on 4-of-6 field goals.

• Gabe DeVoe is coming off a season-high eight points at Duke. He connected on 2-of-3 from three-point range, doubling his season output.