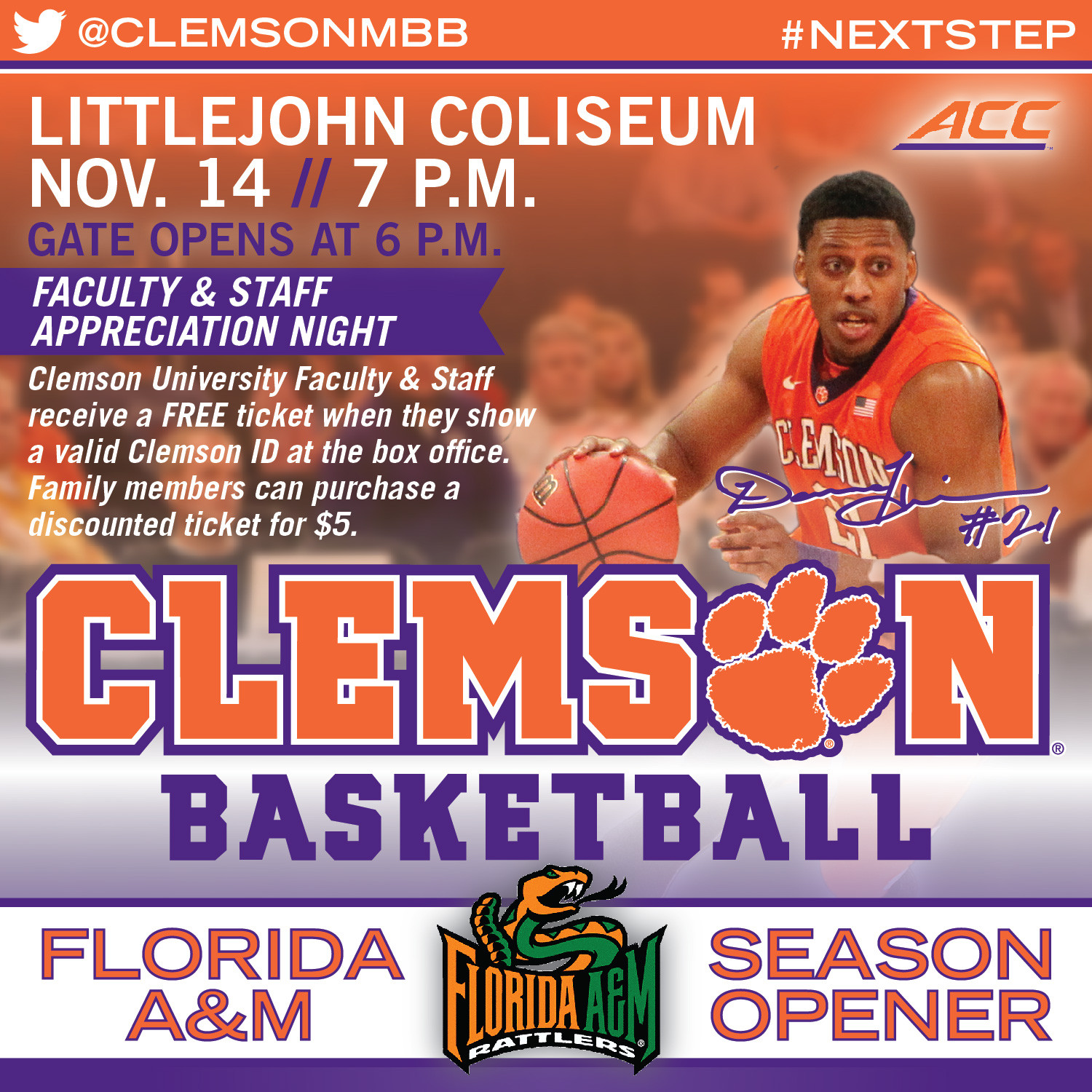 • Clemson begins its 47th and final season in Littlejohn Coliseum as we know it Friday against Florida A&M; the facility is scheduled to undergo a massive rebuild, beginning next spring.

• Clemson has made five of its 11 NCAA Tournament berths in seasons following appearances in the NIT.

• The Tigers have won both previous meetings. Five players on the 2014-15 roster played in the meeting two years ago, led by Jordan Roper who posted 16 points and Rod Hall who notched 10 assists.

• Florida A&M assistant coach Bruce Martin played at Clemson from 1991-95. He was a member of the famed “Slab Five” in Rick Barnes’ first season, when he led the Tigers with 64 three-point goals.

• Clemson held its only public exhibition Nov. 8 against Anderson and defeated the Division-II Trojans, 62-36.

• Donte Grantham is expected to start Friday for the Tigers. Since 2006, only three freshmen have started their first career games for Clemson.