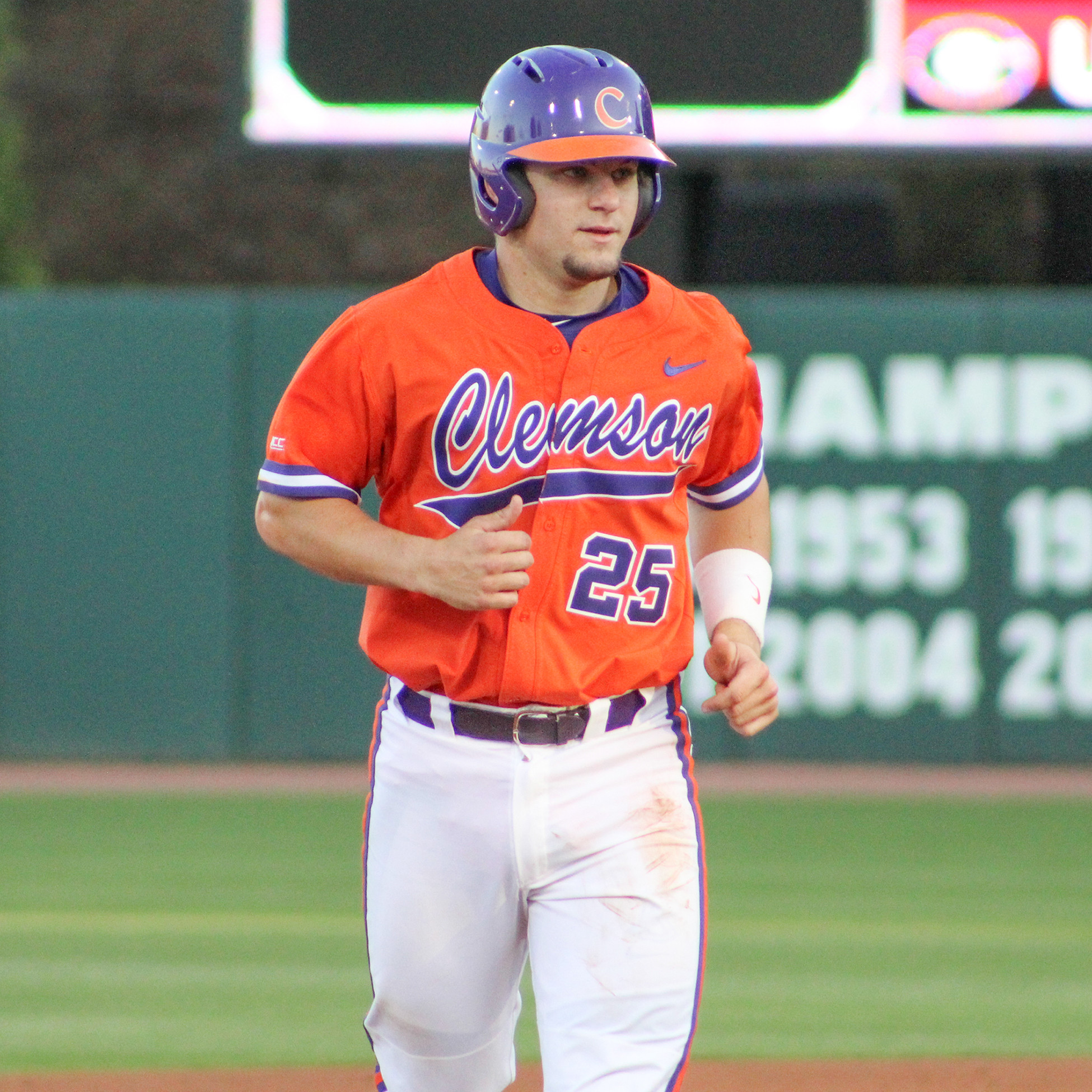 The Tigers begin their 13-game homestand when they host Georgia on Tuesday at 6:30 p.m., on Military Appreciation Day.

CLEMSON OVERVIEW• The No. 6 Cardinals swept Clemson in a three-game series at Louisville last weekend.• The Tigers are averaging 6.6 runs per game and hitting .278 with a .389 on-base percentage and 30 steals.• The pitching staff has a 4.03 ERA, .258 opponents’ batting average and 2.31 strikeout-to-walk ratio and Clemson is fielding .959.

GEORGIA OVERVIEW• Georgia is led by third-year head coach Scott Stricklin.• The Bulldogs won two of three home games against South Carolina. They are hitting .258 and have a 4.37 ERA and .966 fielding percentage.• Skyler Weber is hitting .323 with nine steals, while Stephen Wrenn has nine steals. Michael Curry and Daniel Nichols both have six homers.

QUICK HITS• Clemson rallied from a 5-3 deficit to defeat Georgia 11-6 thanks in large part to five ninth-inning runs in Athens on April 5.• Clemson pitching coach Andrew See, a 2002 graduate of Ohio, pitched one season at Georgia as a freshman in 1998.• Georgia’s Trevor Kieboom, brother of former Tiger catcher Spencer Kieboom (2010-12), was also on the Clemson baseball team in 2012.

WHITE LEADING TEAM IN SEVERAL WAYS• Junior infielder Eli White is in his second season as the starter at shortstop and has been a steadying influence on defense.• He is hitting .234, but has a .348 on-base percentage thanks to 20 walks and four hit-by-pitches.• He also has seven doubles, one homer, 11 RBIs, 25 runs and a team-high 12 stolen bases.• He had a 10-game hitting streak from March to April.• Against Western Carolina on April 12, he tied the score with a double in the eighth inning, then scored the walkoff run in the 10th inning.• In his career, he is hitting .262 with 72 runs, 16 doubles, three triples, five homers, 42 RBIs and 24 steals in 125 games (105 starts). 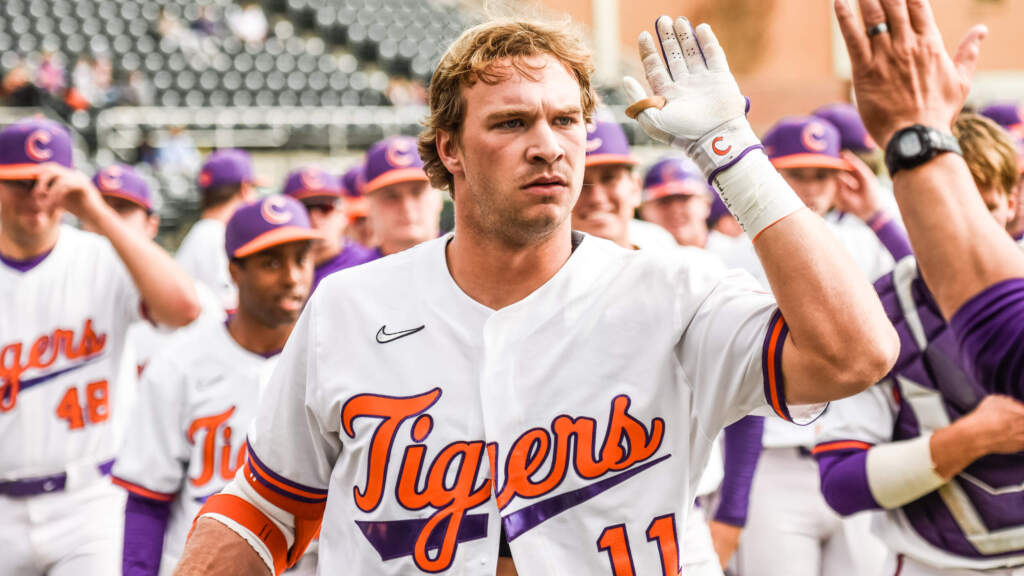 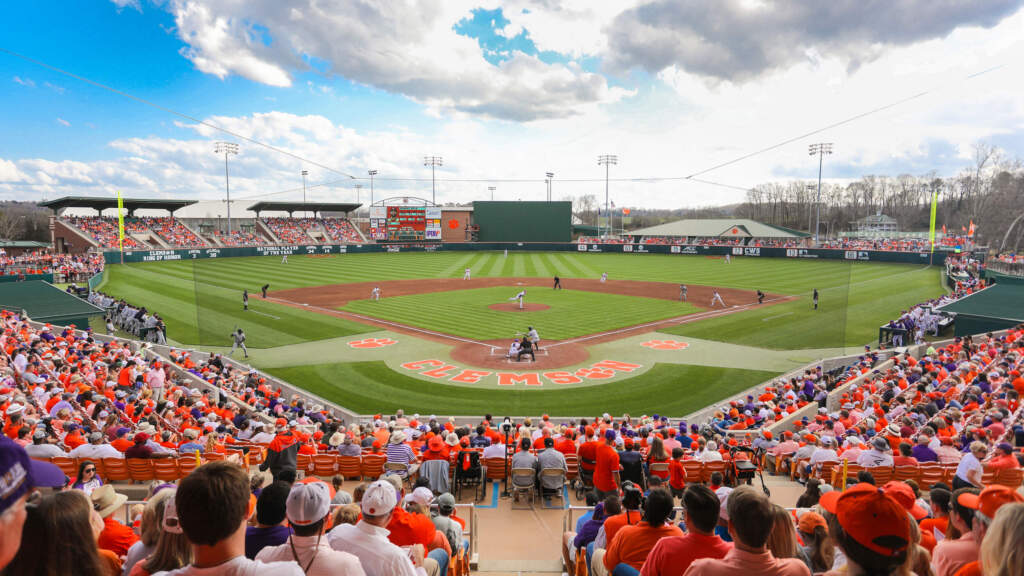 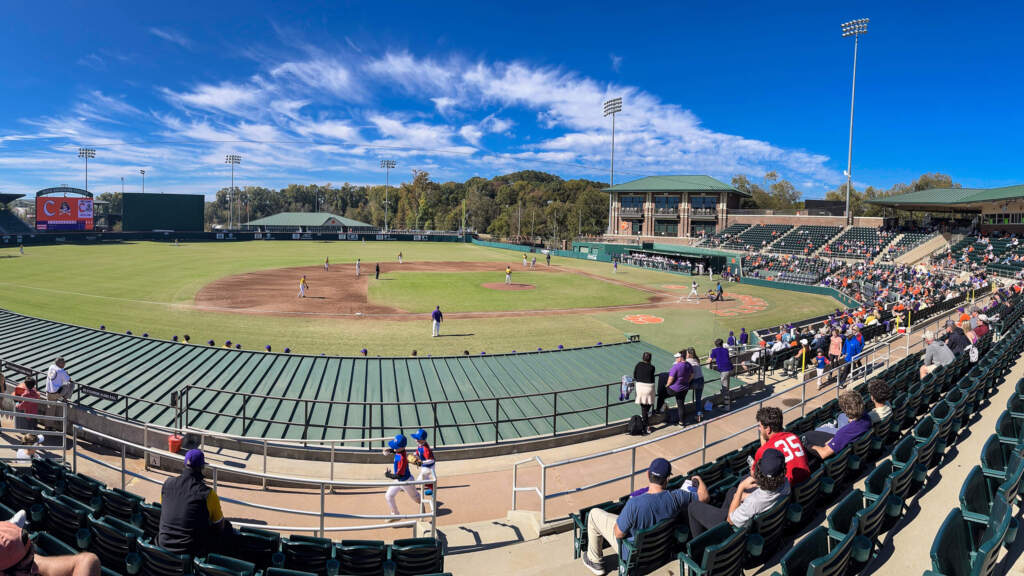