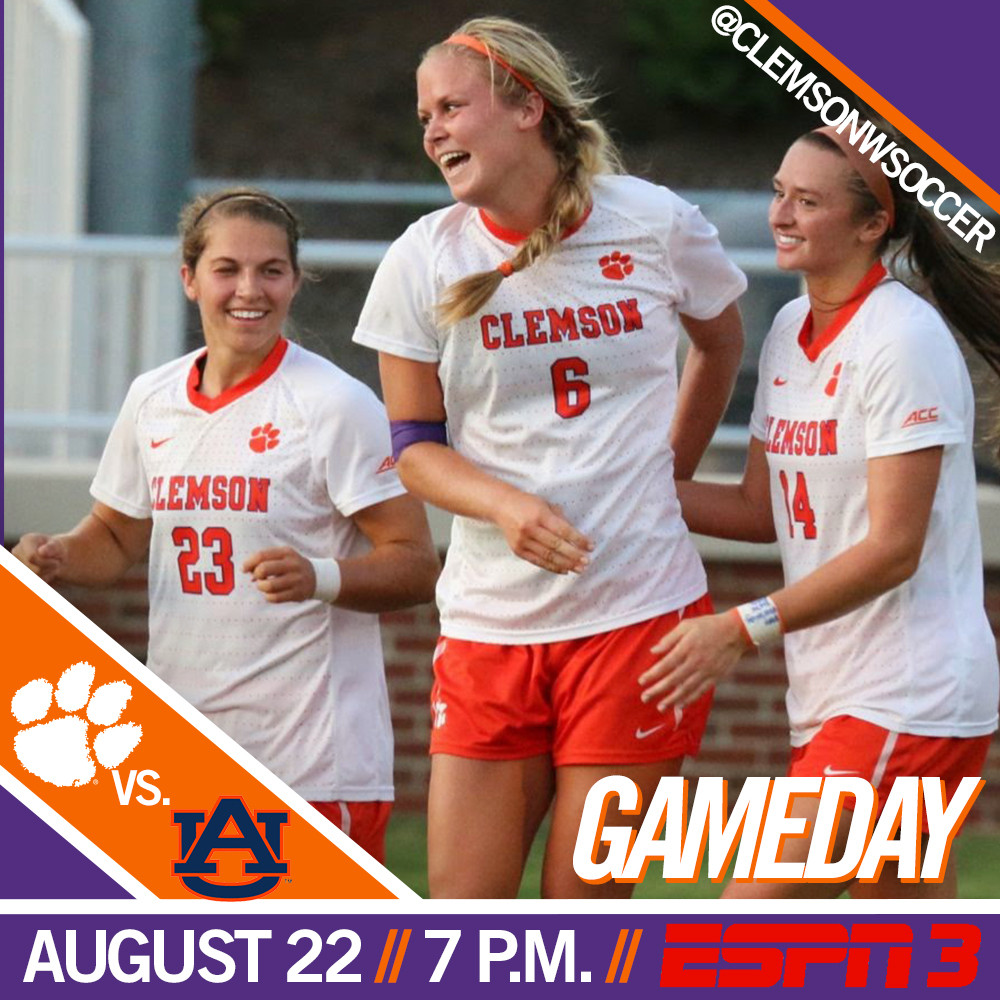 Last season, the two teams battled in the season opener to a 0-0 double-overtime tie in Auburn after battling heavy rain. Clemson currently leads the all-time series between the two teams with a 4-1-1 record.

Eddie Radwanski’s Tigers have two exhibition wins heading into the game, a 3-0 victory over Georgia and a 2-0 victory over Furman, both of which were played at Historic Riggs Field. The Tigers finished the 2013 campaign 7-8-4 (4-7-2 ACC).

Auburn comes into the game having played one exhibition contest, a 3-0 loss against Georgia in Athens. Karen Hoppa’s Tigers finished the 2013 season 8-9-4 (3-5-3 SEC).

Friday’s game is being called the #Clemson18 game, a student appreciation initiative targeting the new freshmen on campus. All Clemson freshmen were given a blue ticket voucher for the game, and the first 500 freshmen to bring their voucher to Riggs Field will be given pizza and a t-shirt.