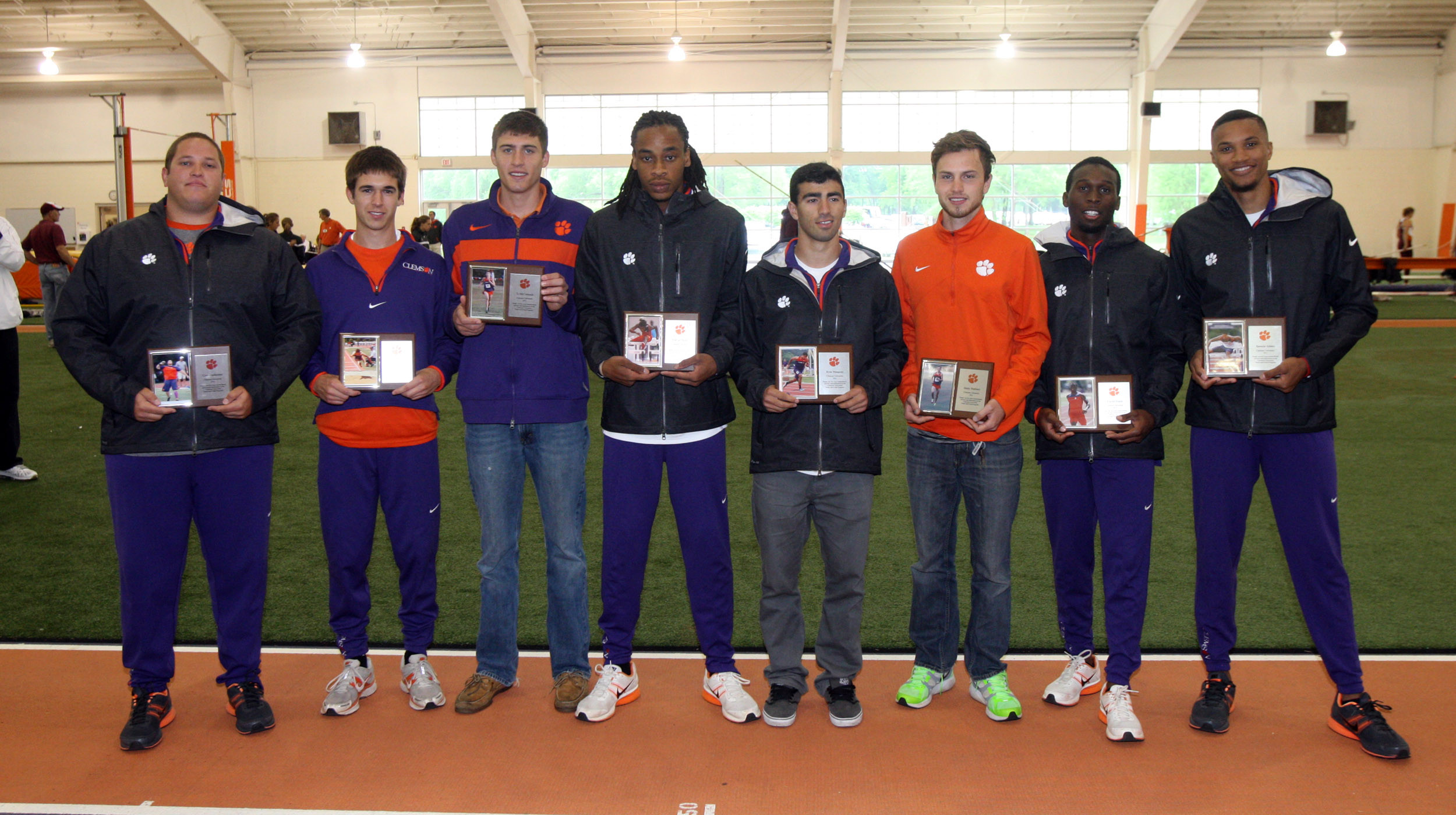 Fraser led the men’s 4×100 relay to a win on Saturday. The senior took the baton from Reggie Lewis and then gave way to Brunson Miller and Tevin Hester on the final two legs to secure the victory. The team composed a time of 40.23.

Edgerson won the women’s 100 dash, putting together a time of 11.70 in the final despite a wet track and cold conditions. Clemson ended up scratching its competitors in the other women’s sprints and hurdles, as well as most of the men’s sprints. Michael Smith did compete in the 400 dash, finishing second with a time of 49.58.

Lauren Terstappen broke her own school record in the pole vault. The junior from Pennsylvania finished second overall and cleared the bar at 13’6.25″ in dramatic fashion. On her third attempt at the height, she went over and rattled the bar, but it never fell from its position. Caroline Bond was third place with a mark of 12’10.25″. She moved to sixth in the Tiger record books.

Torian Ware gave the Tigers a vertical jump title Saturday, as he won the high jump with a 7’1″ mark. Jalen Langston also competed, clearing the bar at 6’7″.

A pair of seniors won throwing events for Clemson on Saturday. Thalheimer took advantage of senior day, converting a personal best in the men’s shot put. He hit a mark of 57’5.5″ to take second place. He moved to No. 6 on Clemson’s all-time performance list with the effort. Waller won the women’s discus Saturday. The Greenville, SC native posted a throw of 157’7″.