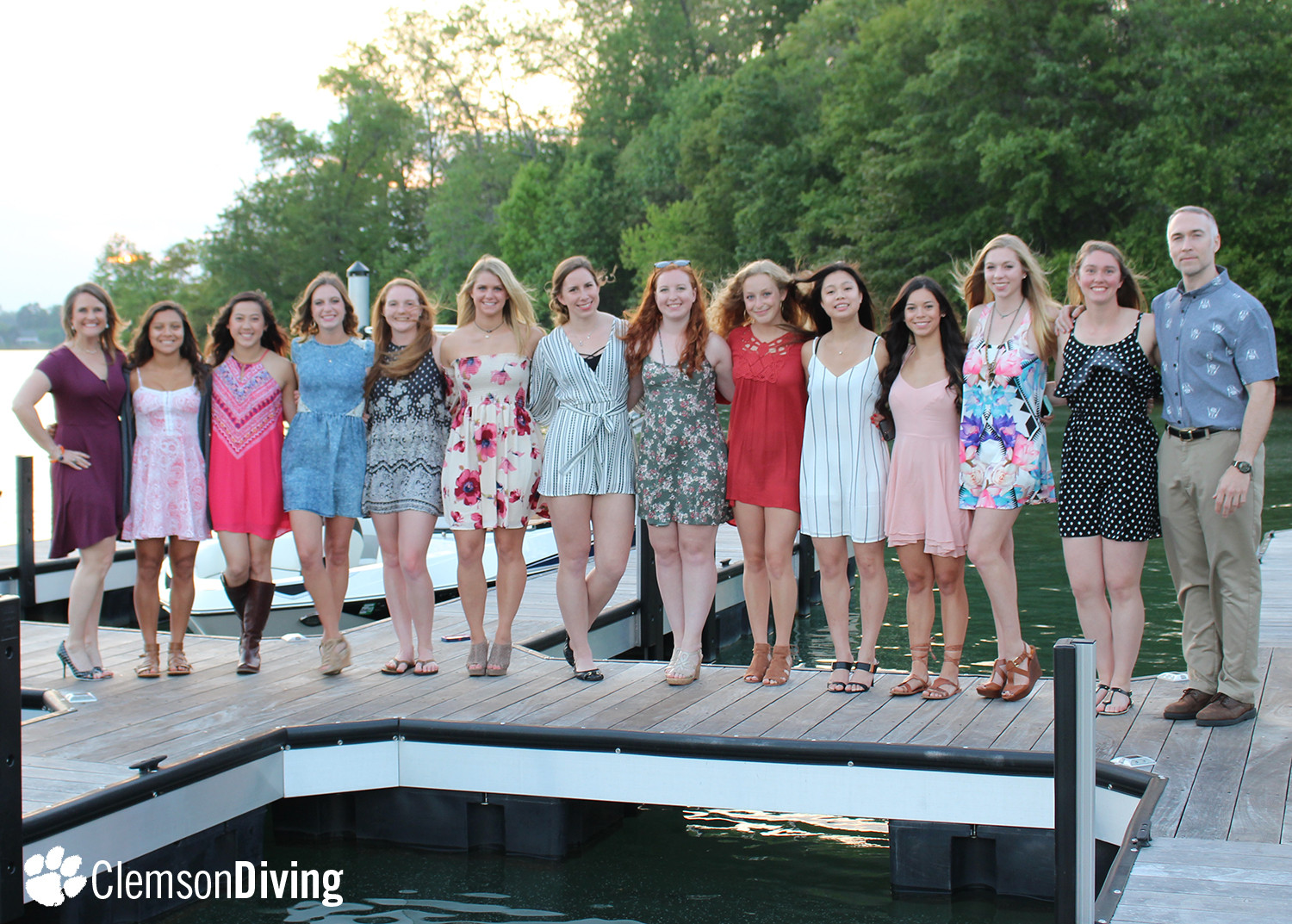 CLEMSON, S.C. – The Clemson women’s diving team held its postseason banquet on Friday, April 21 at The Lighthouse Restaurant at Lake Keowee to celebrate the 2016-17 season and honor its award winners.

In the pool, Head Coach Leslie Hasselbach Adams’ Tigers had a stellar season, finishing third among diving teams at the ACC Championships with a record nine different divers scoring points for the team, while Freida Lim earned All-ACC honors, the first time for a Clemson diver since 2008. At this year’s NCAA Zone Championships, a Clemson diver qualified for finals in all three events, also a program first.

In the classroom, the Tigers earned CSCAA All-America honors for the Fall 2016 semester. It was the ninth consecutive semester the program has earned that academic accolade.