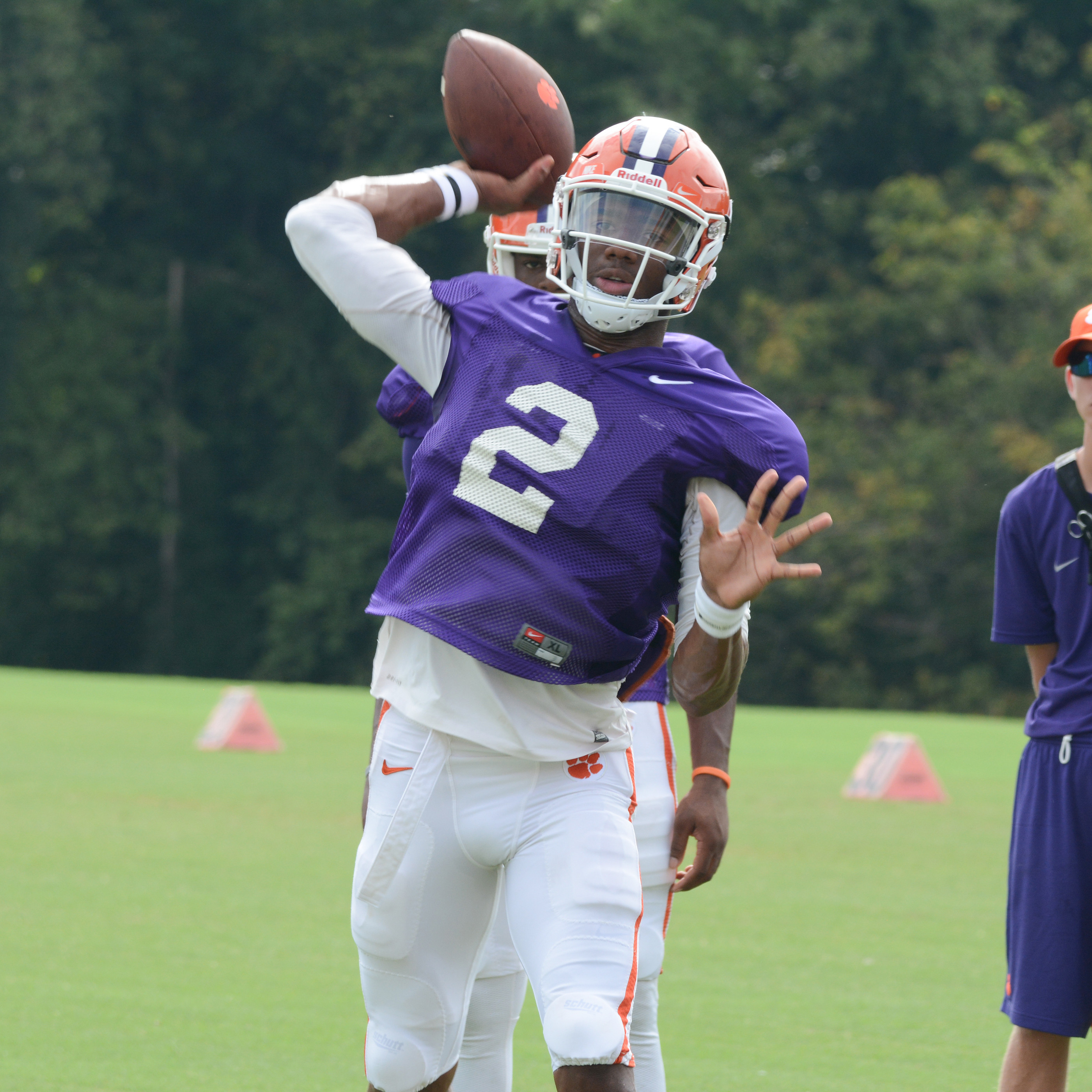 Clemson, S.C.—Clemson’s football team had a change of scenery for its Tuesday afternoon practice, the team’s eighth workout of the preseason camp.   As he has done in previous years, Dabo Swinney brought his team to the Jervey Meadows, the fields behind Kingsmore Stadium.    The Tigers will work at the Jervey Meadows facility off and on between now and the start of school on August 17.

“We do it for a couple of reasons, “ said Swinney, who is starting his eighth full season as Clemson head coach.  “We want to give our regular practice fields a break so they can recover after five consecutive days of practice the first week.  Second, it is good to change things up during preseason camp.”

Swinney was pleased with his team’s practice on Tuesday.  “This was a good practice.   There was a lot more energy on the defensive side of the field.  We had some first and goal situations and the defense did well. There was enthusiasm.”

It was a much improved performance by the defense over Monday morning’s practice when the offense brought the ball off the goal line successfully, including a 99-yard run by Wayne Gallman.

At the team meeting to end the practice, Swinney called sophomore defensive lineman Christian Wilkins to the front.  He told Wilkins in front of the team if he could sing the Clemson Alma Mater, there would be no sprints.   Wilkins went through each verse, got to the last line and paused, pretending he did not know the last verse.   Then he finished the song much to the delight of his teammates.

“I really didn’t know if he could do it or not,” said Swinney of his gregarious defender.  “But he got it right.”

“Wednesday we will spot the ball and call it second-and-eight and run a play.  Then we will run third down.  It is designed to have the players get a strong feeling about where they are in the game and on the field.”

Jay Guillermo missed his second day of practice as he recovers from a head injury.  Jalen Williams and Marcus Edmond are out with hamstring injuries.