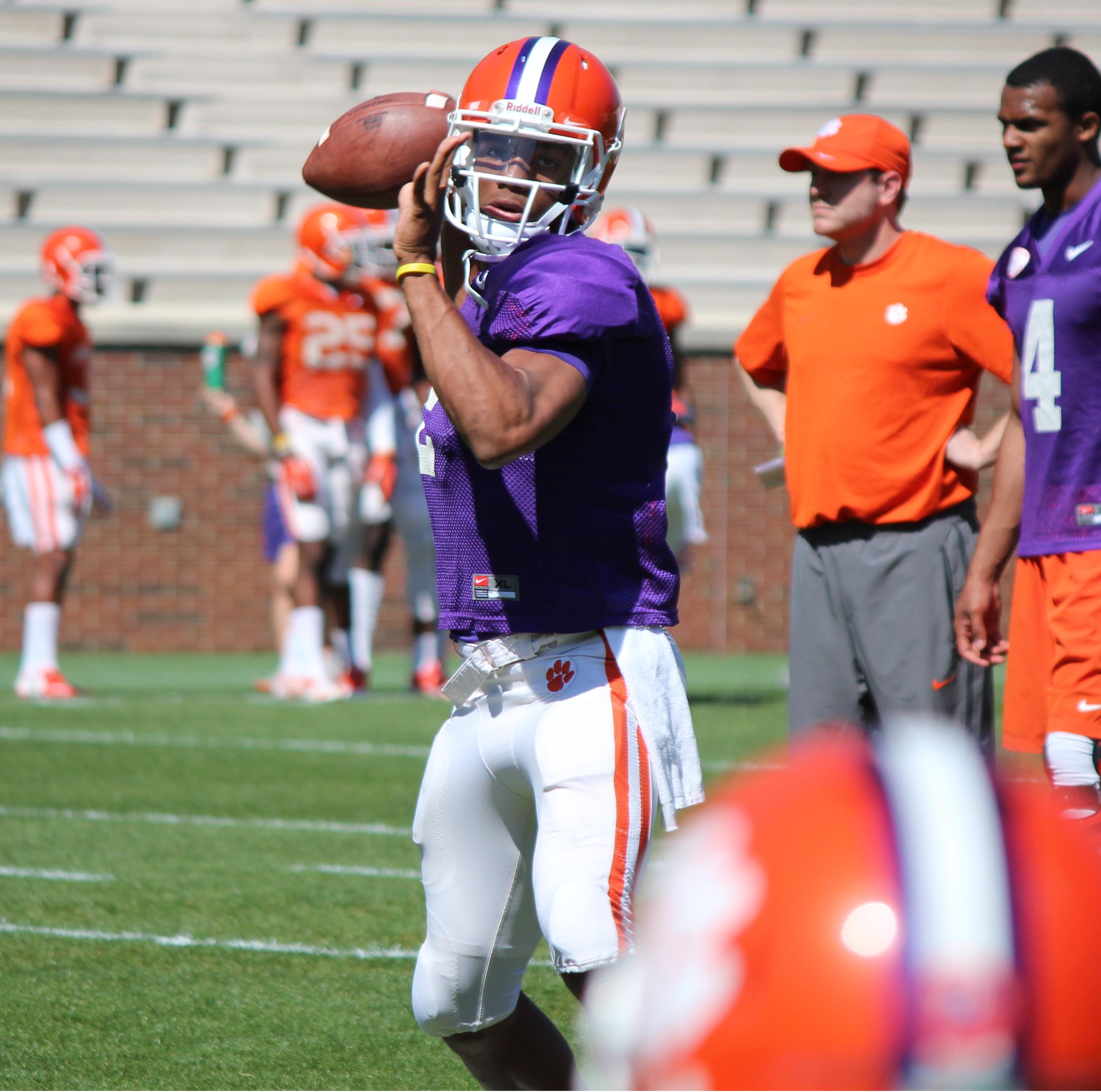 CLEMSON, S.C. — Clemson held a physical, two-hour practice on Monday. The workout included a one-on-one hitting drill in period one and finished with an hour of scrimmage work in the indoor facility. Dabo Swinney’s Tigers are preparing for the annual Spring Game in Memorial Stadium on Saturday, April 11 at 2:30 p.m.

“This was a tough practice,” said Swinney, who had given his team four days off for the Easter holiday. “We challenged them with a physical drill right from the beginning, then had the half scrimmage. We continue to keep evaluating our players in all of the drills and scrimmages.

“The offense moved the ball and had some big plays during the scrimmage, but the defense continued to win the battles in the redzone.”

Swinney has been impressed with some veteran defensive players up front who will get opportunities as starters this coming fall.

“We have not been able to block D.J. Reader. I really like his attitude this spring. Of course, we say the same thing about Shaq Lawson every day. Carlos Watkins and Kevin Dodd are improving every day and getting more and more consistent.

“But I like what I am seeing in the offensive line, too. It shows we are having good competition in the trenches. The second unit is starting to come together.”

The young quarterbacks, Tucker Israel and Kelly Bryant, played well in the scrimmage segment of the practice. Both completed passes of at least 50 yards, as Israel hit Germone Hopper and Bryant connected with Adrien Dunn. Israel completed a touchdown pass to Hopper to complete the drive, while Bryant had a 15-yard run to set up a field goal.

“This was probably the best practice for both of the freshmen,” Swinney said. “I told the team after the practice that it is not easy to come out here from high school and go against our defense right away.”