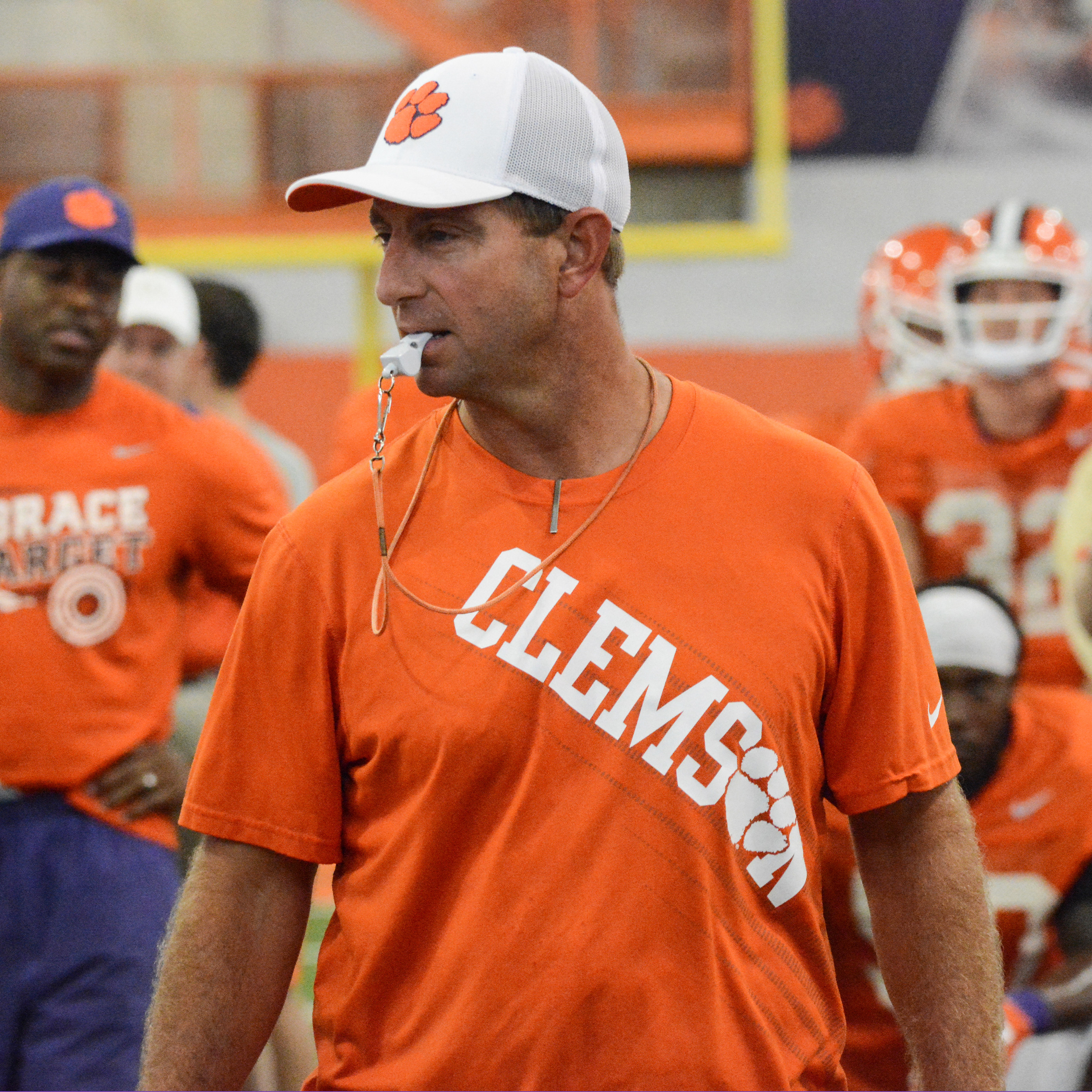 CLEMSON, S.C. — Clemson held its ninth practice of the preseason, but its first stadium scrimmage on Wednesday morning. Dabo Swinney worked his team for two hours in Memorial Stadium and most of the work was done in the form of a situational scrimmage.

Swinney spotted the ball at different places on the field with varying downs and distances.

“It was a good start,” said Swinney, in regard to practicing in Death Valley. “We have some players who are ready for the season and many others who are not. But that is the way it is at this point of the preseason.

Defensively, Clelin Ferrell, a redshirt defensive end from Richmond, Va., had four sacks. Tackling the quarterback is not allowed and defenders merely need to touch the quarterback for a sack to be recorded, so there are more negative plays than a normal game during passing situations.

Austin Bryant had two sacks and freshman Isaiah Simmons had a pair as well. Korrin Wiggins, who missed last year with a knee injury, had a pair of tackles for loss. Amir Trapp and K’Von Wallace each had interceptions. There were no lost fumbles by the offense.

Tyshon Dye had six rushes for 43 yards to lead the ball carriers. Freshman Tavien Feaster had the longest with with a 34-yarder. Freshman receiver Cornell Powell had four catches for 68 yards, while Deon Cain had three receptions for 62, including a 42-yard reception from Nick Schuessler, the longest offensive play of the day.

Schuessler was 12-16 for 139 yards in a solid day at quarterback. Deshuan Watson played sparingly as Swinney used five quarterbacks. The returning All-American was 7-12 for 102 yards, including a 40-yard touchdown pass to Ray-Ray McCloud.

Mike Williams, returning from a neck injury last season, also played sparingly, but had a diving 16-yard reception over the middle on a pass from Watson.

Clemson will hold a second practice Wednesday night before taking Thursday off from practice with the exception of a 30-minute mid-day walk through.