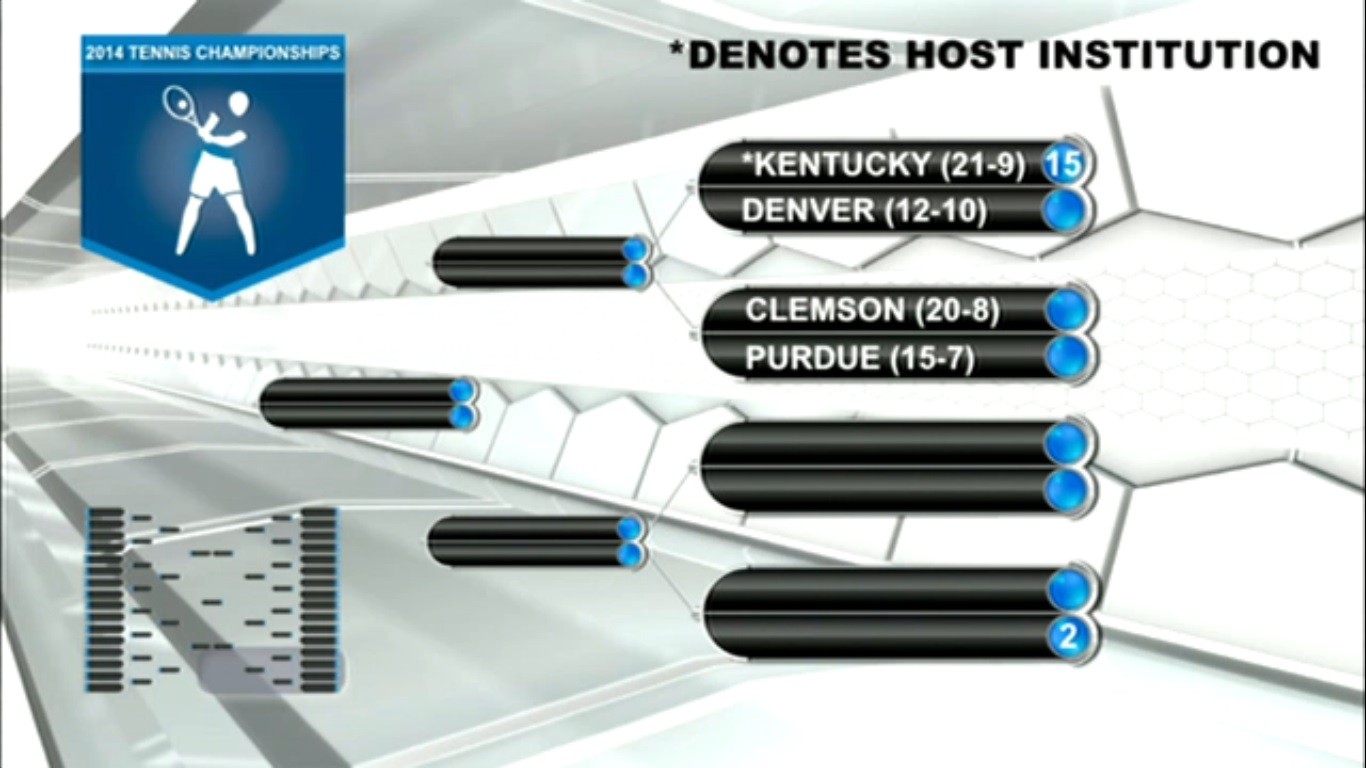 The Tigers earned a bid to the 2014 NCAA Championships as announced on the NCAA.com Selection Show Tuesday evening. Clemson is the No. 2 seed and faces No. 3 seed Purdue in the first round of the Lexington, Ky. Regional on Friday, May 9 at the Hilary J. Boone Varsity Tennis Center.

Clemson is 20-8 and ranked 16th according to the ITA poll released April 22. Last week, the Tigers defeated Boston College 4-0 in the first round of the ACC Championships before falling to #13 Notre Dame 4-2 in the tournament quarterfinals. Hunter Harrington and Dominique Maden lead the Tigers at the top of the lineup and are ranked 51st and 76th, respectively, in the ITA singles rankings. The pair is ranked ninth in the nation in doubles, and sports a 21-1 record in dual matches this season.

Head Coach Chuck McCuen takes his team to the NCAA Championships for the second straight season and for the second time in his six years at the helm of the program. The Tigers will be playing in the NCAA tournament for the 26th time in program history, with the team advancing to the NCAA Final 16 twelve times and the Final Eight on seven previous occasions.