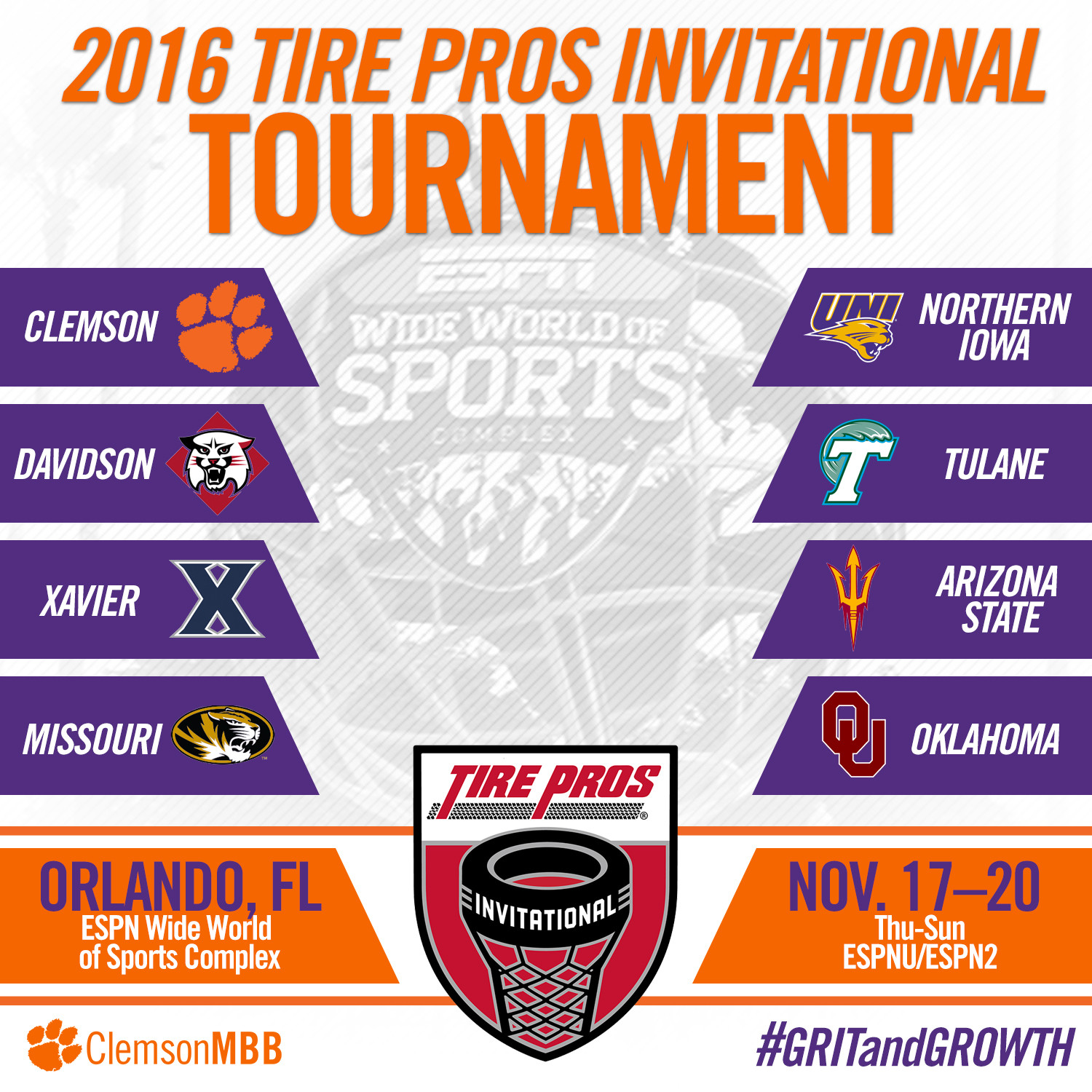 CLEMSON (1-0) vs. DAVIDSON (1-0)Tipoff: 11 a.m. ETArena: HP Field House (5,000)Radio: CTSN (Tony Castricone-pbp; Philip Sikes-color)TV: ESPNU (Alvaro Martin-pbp; Cory Alexander-color)• Clemson returns to Orlando, Fla., for the second time in the last four years for the Tire Pros Invitational, originally set for Puerto Rico. The Tigers played in the 2012 Old Spice Classic in Orlando previously.• The Tigers opened the newly renovated Littlejohn Coliseum with a victory in their season opener, defeating Georgia 74-64 in front of a capacity crowd.• The Tigers take on Davidson for the first time since 2013, when the two programs met in the Charleston Classic, an 85-54 Clemson win.

• Clemson faces a high-powered Davidson offense on Thursday. The Wildcats scored 86 points in their season opening win over Appalachian State, and averaged 79 per game last season.• The Tigers’ win over Georgia avenged a 23-point defeat in Athens last year.• The winner of Thursday’s game advances to face Missouri or Xavier. Clemson is 1-2 all-time against Missouri and 1-0 versus Xavier.• Marcquise Reed scored 19 in his Clemson debut against Georgia. It was the highest point total by a Tiger in his first game since Elden Campbell also posted 19 in his debut in 1986 versus Georgia State.• Donte Grantham needs three long-range makes to reach 100 for his career; he has led the Tigers in three-pointers each of the past two seasons.• Avry Holmes needs 72 points to reach 1,000 for his career. He scored 311 in his first season as a Tiger in 2015-16 after transferring from San Francisco.• Gabe DeVoe made his first career start against Georgia and responded with 15 points, including 12 in the opening half.