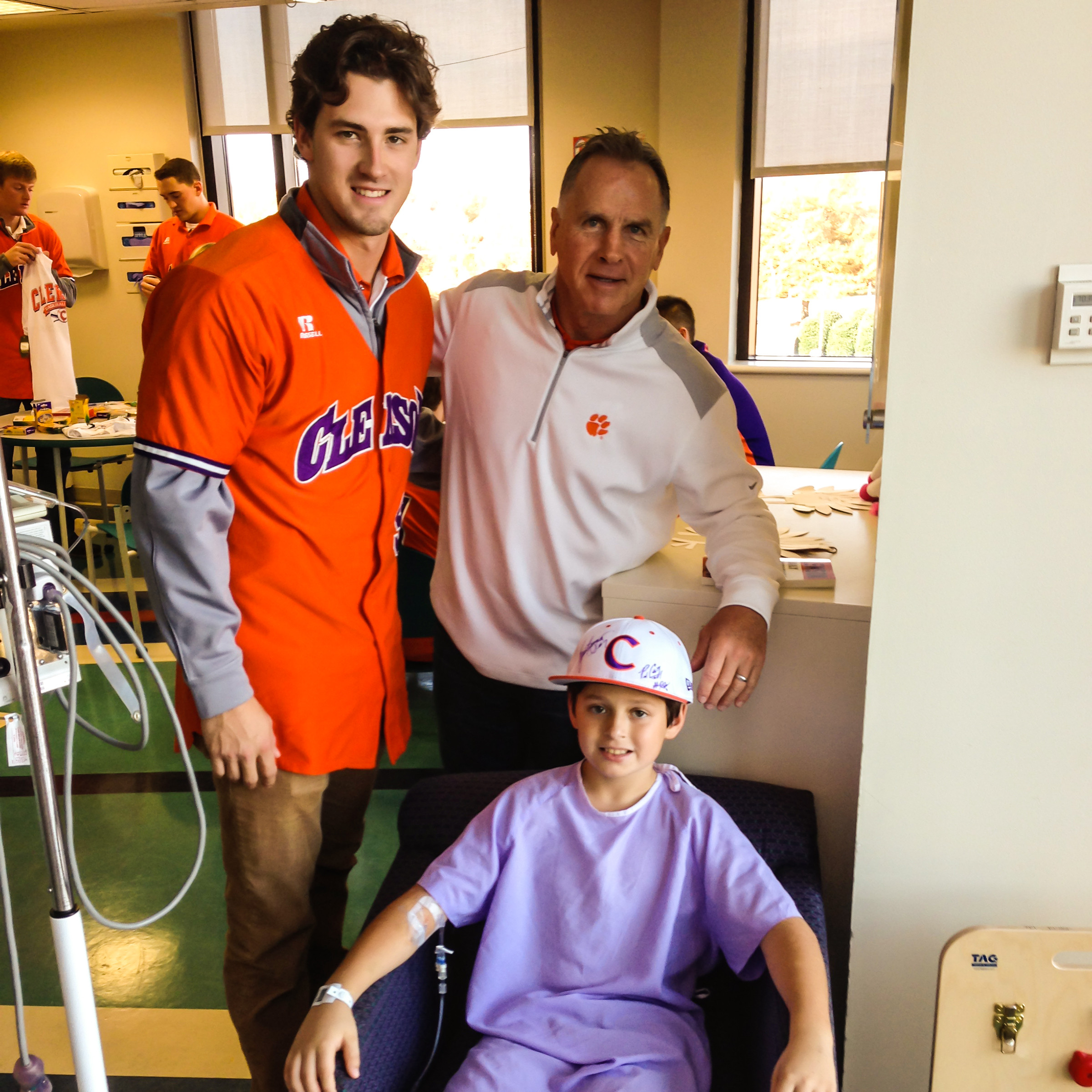 During a time of year when people are celebrating the things they are thankful for, the children at the GHS Children’s Hospital are especially thankful for the doctors and nurses that take care of them.

Additionally, they appreciate people like Cathy Howell and her staff who make up the Child Life Program at GHS. They are responsible for bringing joy to the more than 390,000 infants, children and adolescences who will spend time in the hospital. Howell and her staff hosted the baseball team on their visit.

The team was divided into four different groups and was able to spend time with approximately 35 children currently spending time at the hospital. Three of the groups spent time in the three playrooms that the children’s hospital has on its two pediatric floors. The fourth group visited rooms in the different areas of the hospital. They took baseballs, hats, posters and t-shirts to sign and give to the children.

Andrew Cox, Tyler Krieger, Chris Okey and Clate Schmidt were in a group that visited different children in their own rooms. They spent time in the Pediatric Intensive Care Unit (PICU) with 12-year-old Sam, who has undergone a total of 39 surgeries. Sam was thrilled to see the players and take pictures with them. The players were able to sign a hat and shirt to give to Sam as well as the other children they visited.

“Meeting Sam made me realize some problems I have don’t seem to matter much,” admitted Krieger.

“Life is precious, and if you are lucky enough to be more fortunate than others, you should take the time to give back, because it makes all the difference to those individuals,” added Schmidt.

Matthew Crownover spent time in one of the playrooms with children and worked on crafts. He also played with Legos and played some card games with the children.

“We are all very fortunate to have the life that we have,” said Crownover. “We should all be thankful for what we have and our health.”

“We are all very fortunate and extremely lucky. The children we saw today are going through a very tough time, not only for them, but for their family members.

“When you take the time and see these children and realize how fortunate you are, there should never be a time on the baseball field that you don’t hustle, because those kids would do anything to just be outside and be able to run around and be a kid.”

Everyone at the hospital was delighted to see the team, and the smiles on the faces of the children really showed their appreciation of the team for visiting the GHS Children’s Hospital.