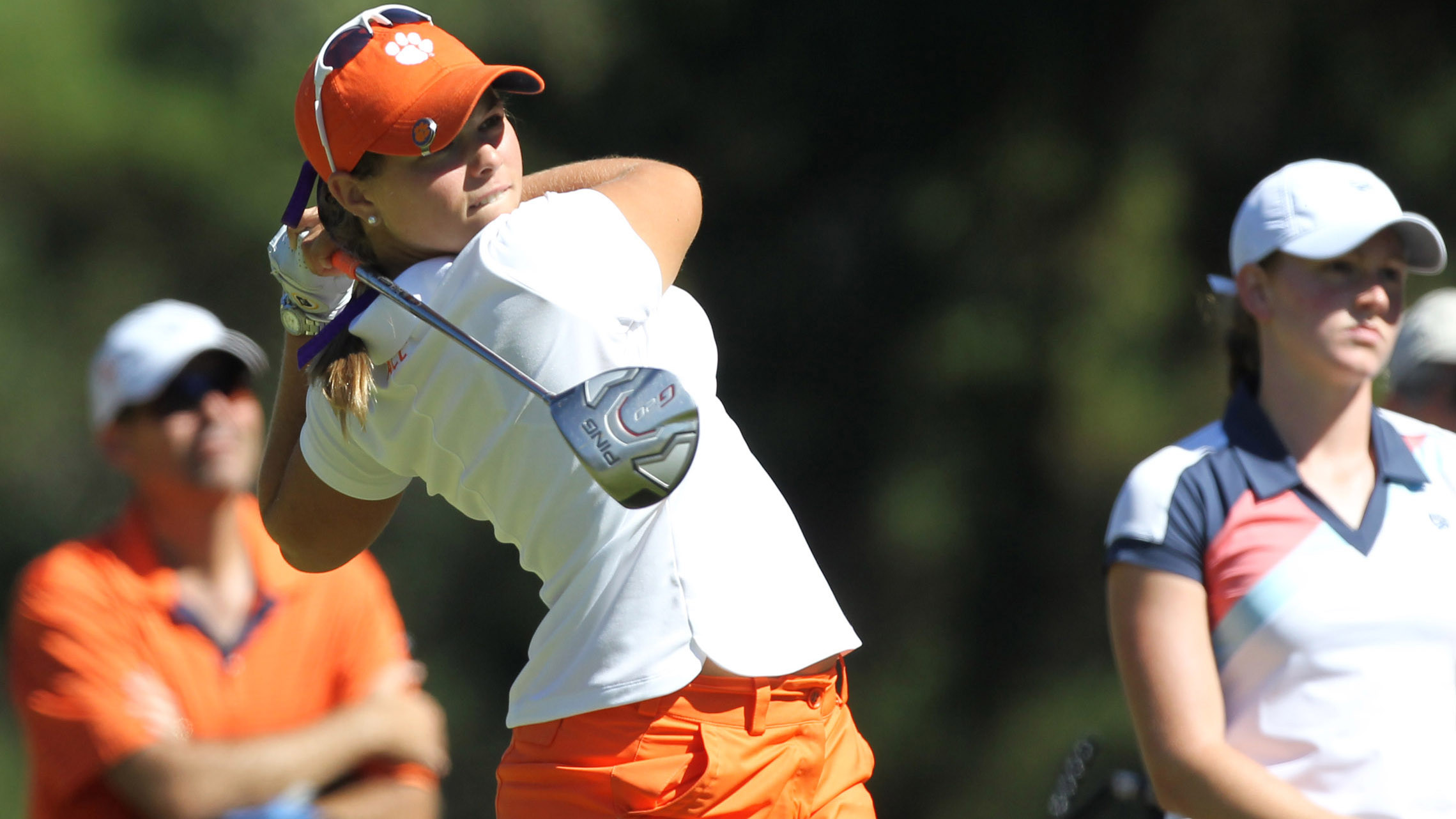 JOHNS ISLAND, S.C. – McKenzie Talbert and Lauren Salazar led the Tigers to a fifth place finish on Tuesday in the Briar’s Creek Invitational held at the Golf Club of Briar’s Creek. The team shot ten over par 288 Tuesday and finished with a three round total of 899. Salazar led the team for the tournament with a three round total of 220 including a three over par 75 on Tuesday and finished tied for seventh individually. Talbert had the team’s lowest score in Tuesday’s final round with a one under par 71 performance. Ashlan Ramsey shot a three over par 75 and finished 12th, Sloan Shanahan a five over par 77, and Jessica Hoang shot a six over par 78. Shanahan was battling sickness in the final round after spending Monday night in the emergency room with a stomach illness. Texas Tech won the tournament after shooting two under par in the final round. They finished with a three round total of 888. Penn State, East Carolina, and GRU Augusta finished second through fourth. The Tigers will play in their last regular season tournament Friday March 28th- Sunday March 30th in the Bryan National Collegiate at Bryan Park Golf Club in Greensboro, North Carolina.