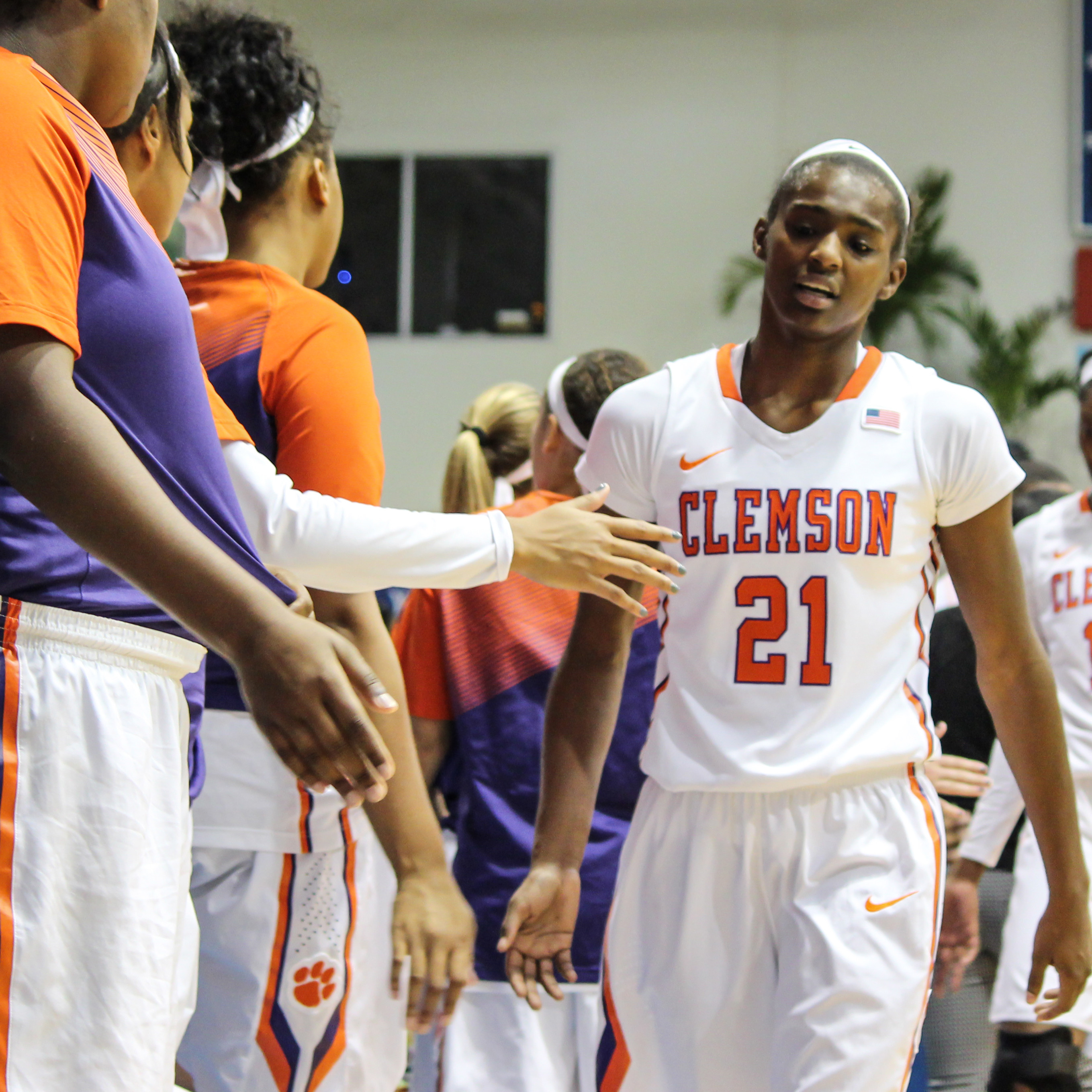 ST. THOMAS, USVI – Nikki Dixon tallied her third career double-double with 14 points and 11 rebounds and took three charges, but Clemson lost to Wichita State (4-2), 63-48 in the team’s final game at the Paradise Jam at the University of the Virgin Islands.

Clemson (3-4) played the game without head coach Audra Smith, who missed the contest after suffering an injury in the hotel prior to the game.

Freshman MaKayla Johnson had eight points, and Nyilah Jamison-Myers had seven points and four rebounds. The Tigers outscored the Shockers in the second half, but went into the break behind, 34-17.

Clemson also committed 18 turnovers, which the Shockers converted for 20 points. The Tigers had just six assists on 21 field goals.

The Tigers will travel to Middle Tennessee on Dec. 3 before returning to Littlejohn on Dec. 6 as they take on Jim Davis’s Tennessee Tech squad.