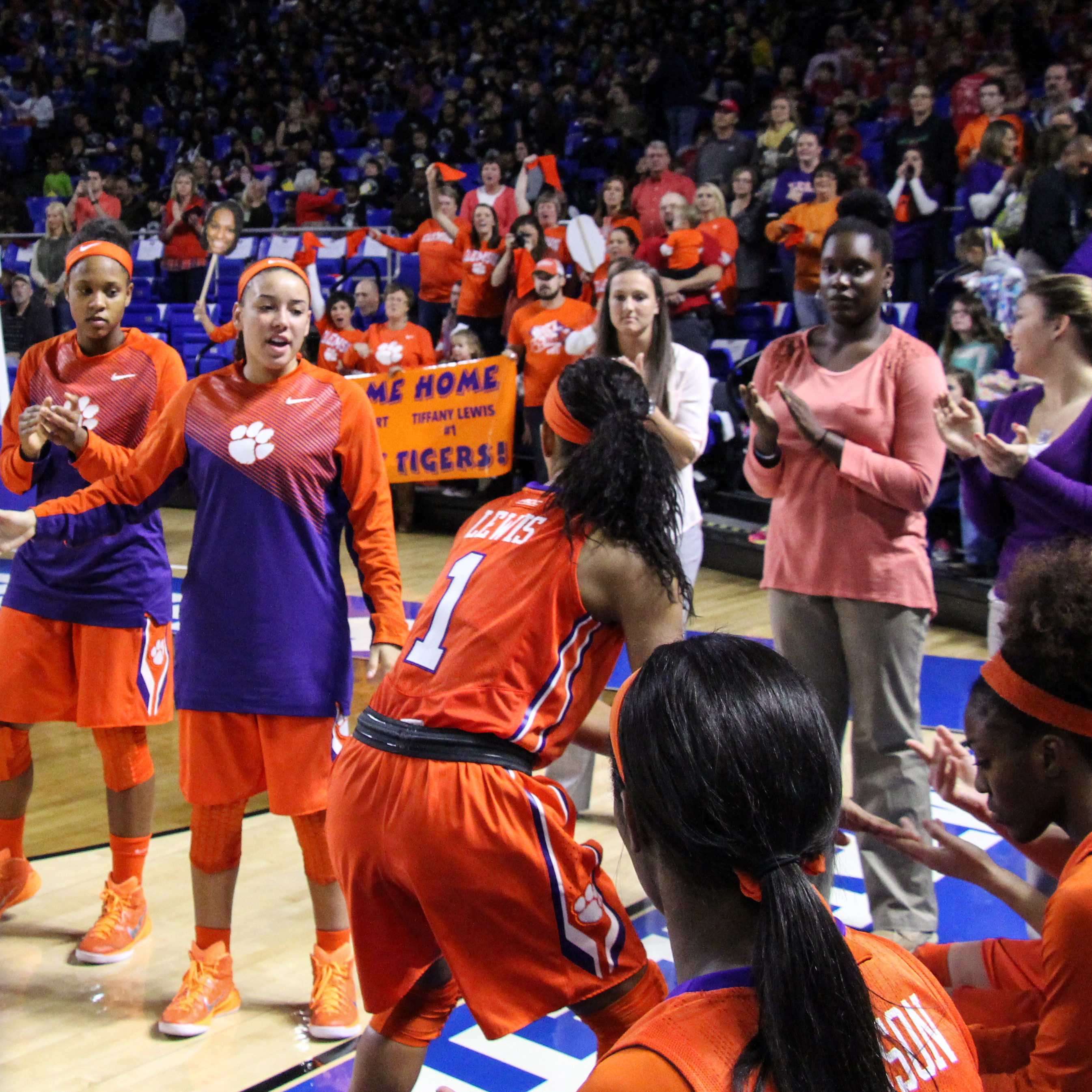 MURFREESBORO, TENN. – Clemson held Middle Tennessee to just 23 points and five field goals in the second half, but a 46-12 halftime deficit proved too much to overcome in a 69-28 loss at Middle Tennessee (3-2) on Wednesday afternoon in Murfreesboro, Tenn. Clemson surrendered 34 points off turnovers and shot 11-47 (.234) from the field in what was the lowest offensive output in school history.

Murfreesboro-native Shelbie Davenport led Clemson (3-5) with seven points in the contest. More than 100 fans came to see Davenport, and high school teammate Tiffany Lewis, suit up against the Blue Raiders.

The Tigers struggled to get anything going offensively, and were beaten on the glass, 52-26. Clemson’s 11-47 (.243) mark from the floor was the seventh-worst shooting performance in school history.

Freshman Victoria Cardaci hit a pair of second-half threes to give her six points in the game, the second-highest for a Tiger on the day.

Freshmen played 142 of 200 team minutes in the contest, led by Davenport’s 31 minutes, in which she hit 2-7 from the field and hit 3-5 from the line. More than 11,000 fans were in the stands, as the Blue Raiders hosted several local elementary schools. It was the largest crowd in Middle Tennessee women’s basketball history, and ranks among the ten most-viewed Clemson games in school history. Clemson also played in front of more than 11,000 in Columbia, S.C. this season.

Clemson returns to play on Saturday at home against Tennessee Tech at 6 p.m.