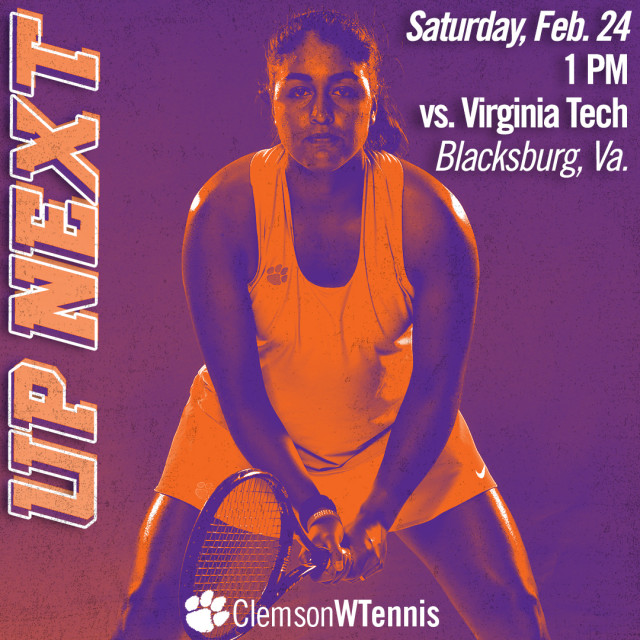 – Clemson moved into the ITA team rankings, at No. 27 nationally, for the first time this season earlier this week when the polls were released on Feb. 20.

– Junior Fernanda Navarro earned ACC Player of the Week honors for her performances against the Demon Deacons and the Mocs. Navarro clinched the win over Wake Forest with a three-set upset over 80th-ranked Eliza Omirou at No. 2 singles.

– Navarro and teammate and fellow junior Marie-Alexandre Leduc earned an upset at No. 1 doubles against the Demon Deacons, defeating their 34th-ranked opponents 7-5 to clinch the team doubles point in the match.

– Leduc is currently ranked 21st in the nation in singles. She has a 3-2 record and has played all five of her dual matches at the No. 1 singles position.

– Senior Daniela Ruiz has a 4-2 record in dual matches and a 1-0 mark in ACC matches so far this season.

– In doubles play, Ruiz and sophomore Sydney Riley are 2-0 after winning against Wake Forest and UT-Chattanooga at No. 3 last Sunday, the first time the two have been paired together this season.