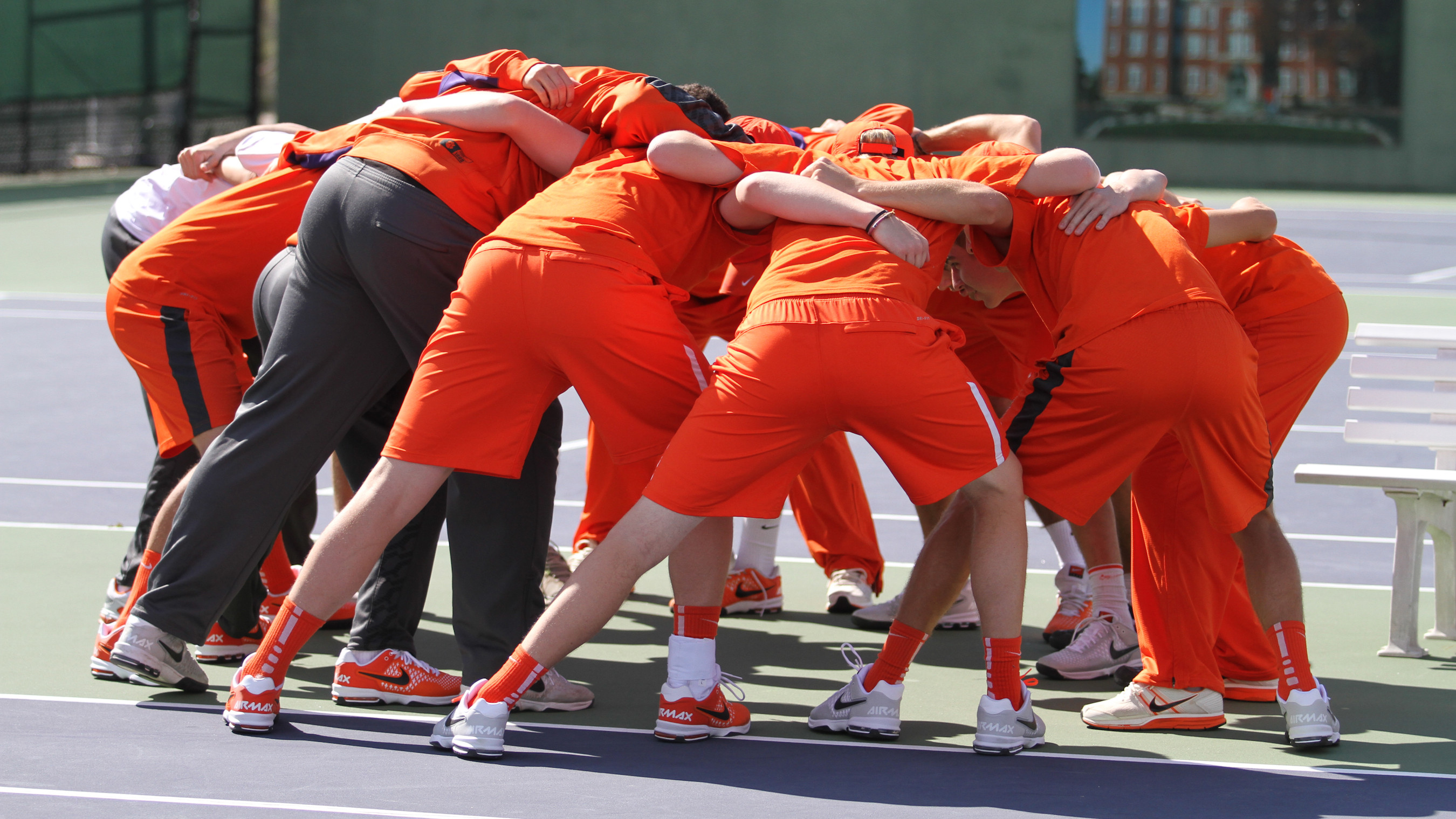 CLEMSON, S.C. – The Clemson men’s tennis team earned a 3.24 cumulative team grade point average for the spring semester of 2014. It was the highest GPA among all Clemson men’s teams for the semester, thus earning the program Clemson’s Men’s Academic Team Award.

Individually, 11 out of 13 players on the roster were named to Clemson’s Honor Roll (3.0 or above), and three of the 11 were on the Dean’s List (3.5 or above). As a team, the Tigers have now recorded a cumulative team GPA of at least 3.0 in six consecutive semesters.

The team finished the season with a 21-9 overall record, a trip to the second round of the NCAA Championships and a final national ranking of 22nd. The 21 wins marked the first time since 2007 that the program posted at least 20 wins in a season.