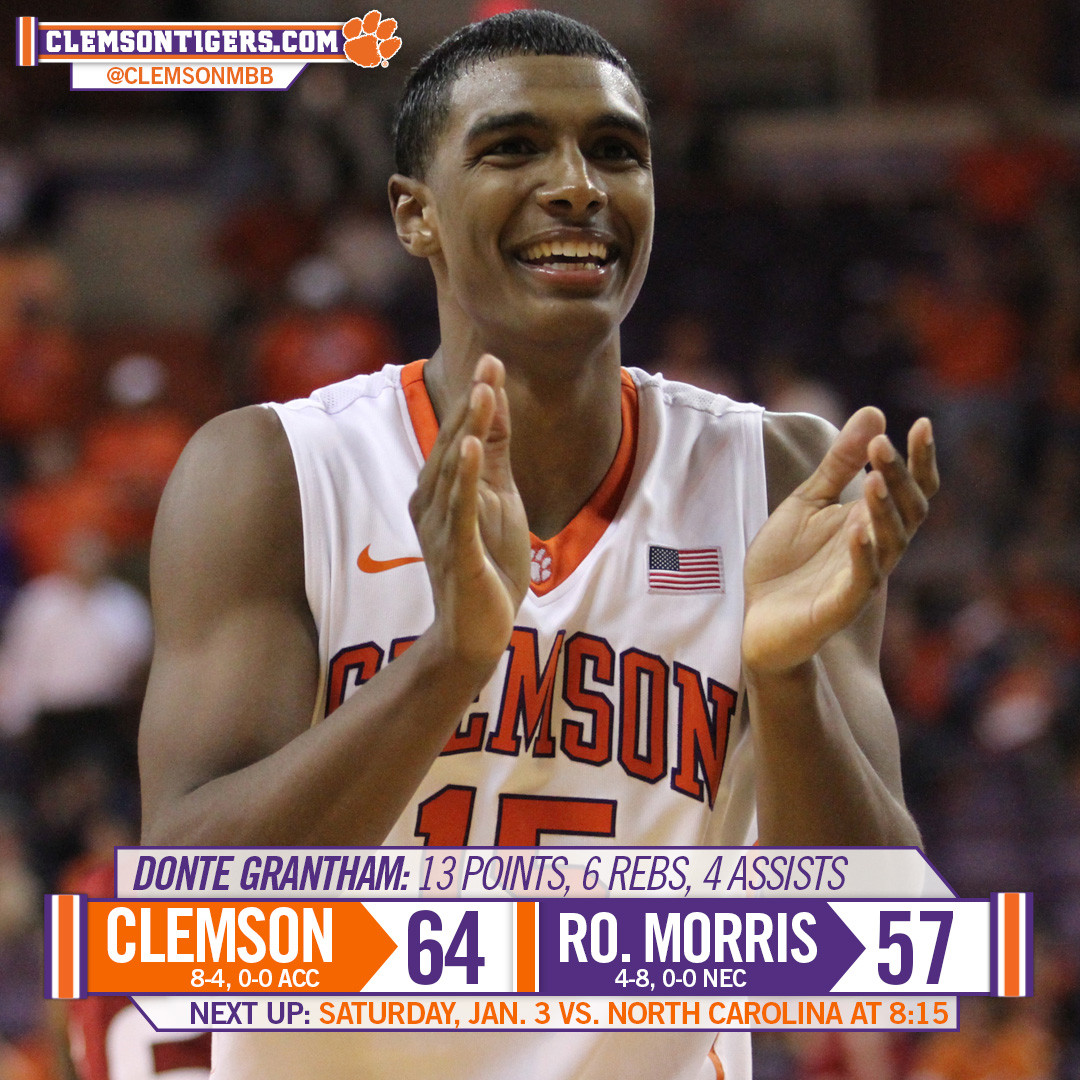 CLEMSON, S.C. — Despite a sluggish opening half, a flurry of Damarcus Harrison threes early in the second half helped lift the Clemson Tigers over the Robert Morris Colonials 64-57 on Tuesday in Littlejohn Coliseum. The Tigers improved to 8-4 on the season and the Colonials drop to 4-8.

The Colonials began the game in a zone defense and after a few quick dunks, the Tigers struggled to score. Clemson began the game 0-for-6 from behind the arc and would finish the half 1-for-10 from long range.

With 5:22 remaining in the half, Jordan Roper connected on the lone three of the half, sparking the Tiger offense to score seven quick points finishing the half on a 14-5 run. Roper scored all eight of his points during the stretch.

“We went to the 1-3-1 defense the last 1:30,” Head Coach Brad Brownell said.  “It was a nice little change-up because I thought they got in a little bit of a rhythm, so we changed defenses and it worked. It gave us a good run going into halftime, which is important.”

The late momentum carried over to the opening minutes of the second half as the Tigers scored the first eleven points of the half before Robert Morris’ Marcquise Lee’s jumper broke the streak. Harrison knocked down a couple of early threes and freshman Donte Grantham converted an and-1 opportunity to propel the Tigers.

Harrison began the half with three quick long balls and finished with 11 points in the contest. Jaron Blossomgame paced the Tigers with 16 points and 12 rebounds, his fifth double-double of the season. With his effort, the sophomore is tied for the ACC lead in double-doubles.

“It means a lot for me,” Blossomgame said. “It shows my hard work is paying off.  My first summer being able to work out really paid off for me and now I just have to stay consistent and stay humble.”

[View the story “Clemson vs. Robert Morris” on Storify]