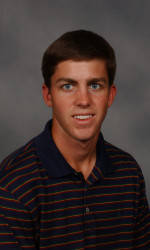 Clemson, SC – Clemson will defend its 2006 championship when the Tigers begin play on Monday in the second annual United States Collegiate Championship at the Lakeside Course at The Golf Club of Georgia. Clemson, ranked 10th in the latest Golf World/Golf Coaches Association poll, is one of 15 teams in a field that includes 10 of the top 15 teams in the nation. The three-day, 54-hole event concludes next Wednesday, April 11.

Clemson won the event last year with an even par 864 team score, three strokes ahead of the University of Florida. It was a victory that gave Clemson great momentum heading into the postseason play. The Tigers finished seventh at the NCAA national tournament last year. Stephen Poole, a senior for the Tigers in 2006, was the individual champion with a 211 score.

Ervin has a 74.33 stroke average so far this year. He did not play in Clemson’s most recent tournament, the Augusta State Invitational, but he did finish 12th in a strong national amateur field at the Azalea Amateur last week.

David May is the other returning veteran from last year’s United States Collegiate Championship. May finished 29th with a 223 score. So far this year, May has a 74.39 stroke average.

Kyle Stanley is Clemson’s top golfer so far this year with a 71.11 stroke average and number-10 national ranking according to the Sagarin computer rankings. He has three top 10 finishes, including medallist honors at the Aloha Purdue Collegiate in November.

Ben Martin has the second best stroke average on the team with a72.72 figure. The freshman from Greenwood, SC is ranked 49th in the latest Sagarin rankings. Like Stanley, Martin tied for 12th at the Augusta State Invitational last week.

Sam Saunders, also a freshman, will also be in the Clemson lineup this week. Saunders has a 73.67 stroke average so far this year for five tournaments. He has three top 15 finishes so far this year.

The top five ranked individual players in the country will compete in the USCC – No. 1 Rhys Davies of East Tennessee State, No. 2 Jamie Lovemark of Southern Cal, Billy Horschel (3) of Florida and Georgia’s Brian Harman (4) and Chris Kirk (5).