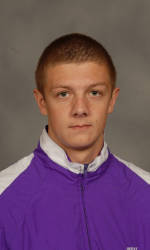 ATHENS, G.A. – The Clemson swimming and diving team continued to pick up fast times as they competed in the Georgia Invite against some of the NCAA’s best in Athens on Saturday. Junior captain Tom Recko moved up three spots to fourth on Clemson’s all-time list in the 100 back with a 49.18, while freshman Kelli Kyle put in a 55.08 in the finals of the 100 back, which is good for second all-time to teammate Michelle Parkhurst.

The divers put in a strong effort on the day as well, with all four finishing in the top-eight. Freshman David Giambra placed fourth with a 294.95, while Ryan McDaniel was eighth with a 246.05

Freshman Seth Broster continued his strong effort at the championship-style meet, putting in a 49.94 in the 100 fly, a lifetime best. Joe Knecht put in a solid effort as well, swimming a personal-best 50.47 in the morning and scoring in the finals.

Freshman Meggie Mizelle dropped her personal best by more than a second, swimming a 56.05 in the prelims. Rachel Regone had a lifetime best in the 100 fly as well, actually besting her previous low by four hundredths of a second.

On the women’s side, Michelle Parkhurst swam the second-fastest 200 free in the ACC this season, a 1:48.39 in the prelims, just off the NCAA-B standard. It would have been the third event in which she had qualified, after notching a B in the 100 back during the 400 medley relay, and also as part of the 200 free relay.

Back on the women’s side, four Tigers scored points in the 100 breast, led by Katrina Obas’ seventh-place finish. Tarantolo also notched a solid 1:05.17 in the finals, the second-best time for the Tigers this season.

The Tigers will wrap up competition in Athens Sunday at 9:30 a.m. before taking off for final exams next week.