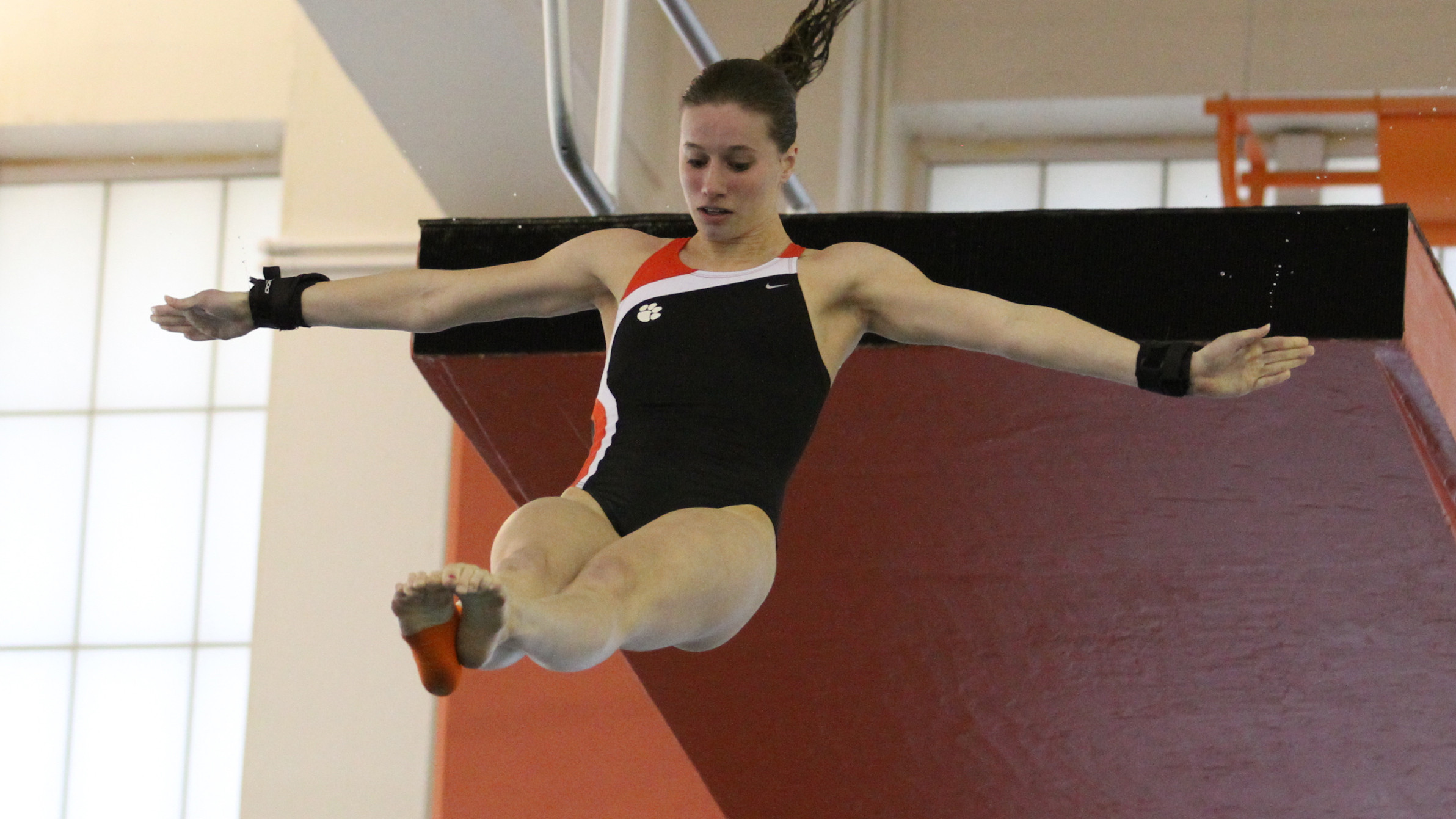 KNOXVILLE, TN – The Clemson women’s diving team concluded its first season of competition at the NCAA Zone B Diving Championships on Wednesday at the University of Tennessee. No Tigers qualified to continue to the NCAA Championships, but there were a pair of top performances in the platform dive that highlighted the final meet of 2013.

“This meet served as a great learning experience for the ladies,” said Head Coach Leslie Hasselbach Adams. “I was hoping to see all of them compete to their full potential during the course of the meet and we fell short of that goal.

“The four of our ladies who competed at this meet and will be returning next year know what this competition is about and they’d better carry that fire in their belly going into this meet next season.”

“Megan Helwagen was definitely a bright spot in the platform event,” Adams said. “It was the best I have seen from her yet in a platform competition.”

Elizabeth Tatum finished ahead of Helwagen in the three-meter, placing 28th with a score of 243.60. She also posted the 30th-best score in the one-meter (219.75) in her final collegiate meet.