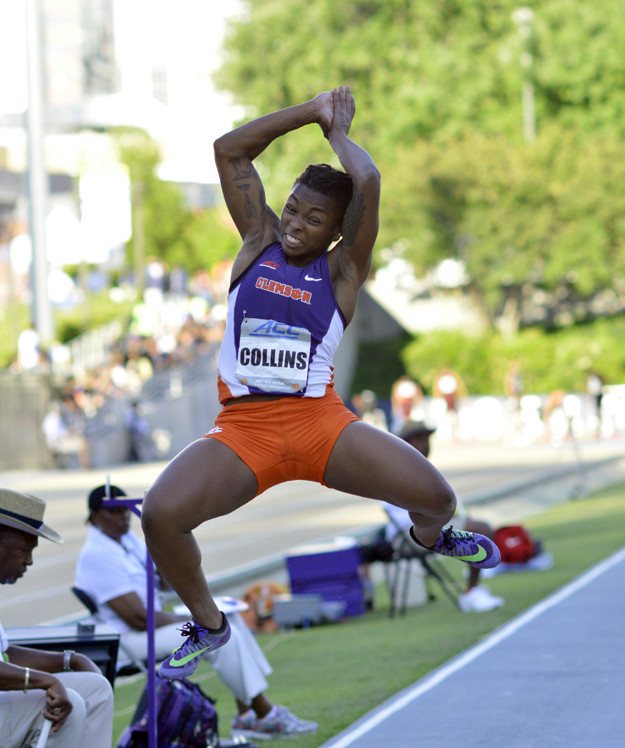 ATLANTA, Ga. – The Tiger track and field teams took part in the ACC Outdoor Track & Field Championships this past weekend in Atlanta, Ga. The women’s team took home fourth place overall and the men’s team finished sixth overall in the competition. The Virginia Tech Hokies swept the ACC Track and Field titles, finishing first as a team in the men’s and women’s competitions. Several Tigers took home top-three finishes in multiple events, including freshman Rebekah Smith, sophomore Markeeta Thomas and senior Michael Cheeks. Highlights for Clemson included a first-place finish in the men’s 4×400 relay and a first-place finish in the women’s long jump.

The women started the meet off in the first event representing the Tigers well.  Rebekah Smith finished second behind Shauna Helps of Florida State with a time of 11.29 seconds, good enough for the freshman to position herself fifth place in the Clemson record books. Smith was followed by junior teammate Torie Robinson, finishing third with a 11.31 time.  Sabria Hadley followed up her teammates’ successful first event with a second place finish of her own in the 200M dash.

Competing in the 400M hurdle finals, sophomore Markeeta Thomas finished second. Her 57.36 time was only beat by Anna Runia of Miami.

In the 4×100 relay, the Tiger women finished second to the Hurricanes, who broke the conference championship record time (43.36). The relay team was comprised of Angelica Collins, Rebekah Smith, Sabria Hadley, and Torie Robinson. The record was previously set by Clemson in 2012 (43.43).

Olivia James, Ebony Williams, Lakeisha Warner, and Markeeta Thomas contributed to a third place finish in the 4×400 relay. The Tigers finished behind the Hurricanes and Hokies. Rounding out the tournament for the women was Senior Iana Amsterdam, giving Clemson its first top finish of the day in the triple long jump.

The Tigers were able to capture a first-place finish in the 4×400 relay with an experienced team and a time of 3:03.84. This time places the event finish third fastest all-time in Clemson history. Junior Cordell Lamb, senior Michael Cheeks, freshman Terrell Jackson, and junior Jeffrey Green were able to finish ahead of the rest of the field, with North Carolina and Virginia Tech following closely behind, finishing second and third respectively. The Clemson record holder in long jump, Chris McBride, was able to leap his way to a second place finish in the men’s long jump event with a best jump of 7.52m.

The second place theme for the Tigers continued as junior Dylan Ahrens finished the second in the Javelin Throw.

The men and women will compete May 25-27 in the NCAA East Preliminary Round of competition in Lexington, Ky.