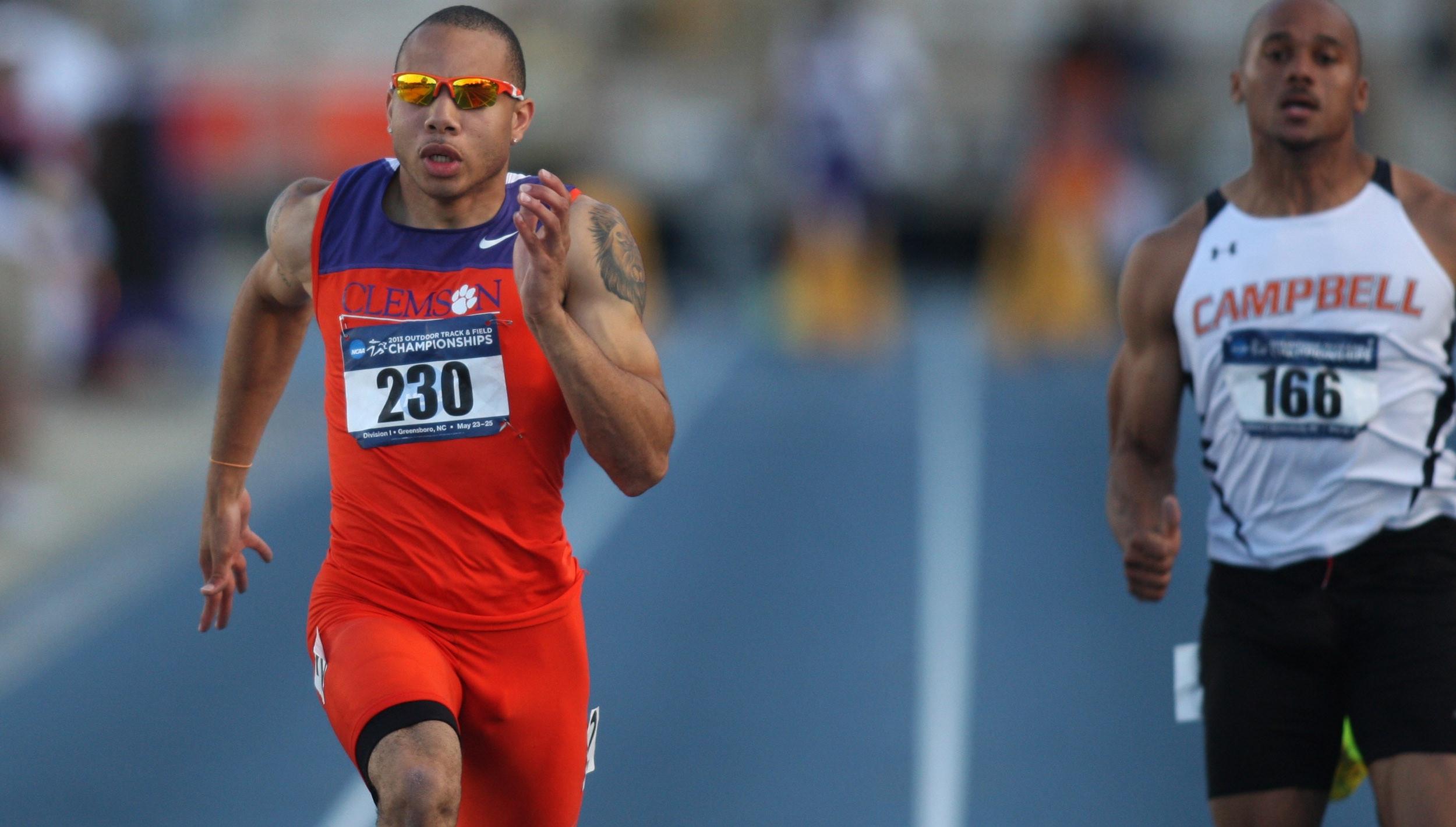 GREENSBORO, NC – Four of Clemson’s five participants in the 100-meter dash advanced to the NCAA Outdoor Championships on Friday, day two of the East Preliminary Round from North Carolina A&T’s Irwin Belk Track. The Tiger men’s team sent all three of its entries – Warren Fraser, Tevin Hester and Reggie Lewis – through to the semifinal round in two weeks at the University of Oregon. In total, six Clemson athletes punched tickets to Eugene and the NCAA Championships on Friday.

Hester (10.26) led the three Clemson sprinters in the men’s 100 dash, as all three went sub-10.30 for a second straight day. It marks the second time in school history the Tiger men’s team has sent three sprinters to the NCAA Outdoor Championships in the 100 dash, joining the 2009 squad. It was Fraser’s third straight trip to the NCAA Outdoor Championships in the event, and Lewis’ first-ever bid as a Clemson Tiger.

Dezerea Bryant was the fourth and final qualifier in the 100 for the Tigers, making it in the event for a second straight year. She ran a season-best 11.26 with a strong tailwind. Bryant then advanced to Saturday’s quarterfinals in the 200 dash a couple of hours later, running 23.05 to win her heat.

Lauren Terstappen was Clemson’s final qualifier on the day, making it back to the NCAA Championships for the first time since 2011. It continued her turnaround of a year ago, when a serious elbow injury ended her outdoor season prematurely. Terstappen cleared 13’5.25″ on her second try, which was good enough to put her in the top 12. It gives Clemson a women’s pole vault representative for a third straight outdoor national meet.

Spencer Adams and Marcus Maxey both advanced to Saturday’s quarterfinals in the men’s 110 hurdles. Adams won his section with a time of 13.60, third -best of the day, while Maxey ran 13.97 and qualified out of his heat. The quarterfinals for that event are set for 7:20 PM.

Brittney Waller‘s career came to a close Friday. The seven-time All-ACC thrower finished 21st in the hammer throw after recording just one legal mark, a toss of 180’9″. Mimi Land, who will compete in a third event Saturday, came up one bar short in her bid to qualify for nationals in the high jump.