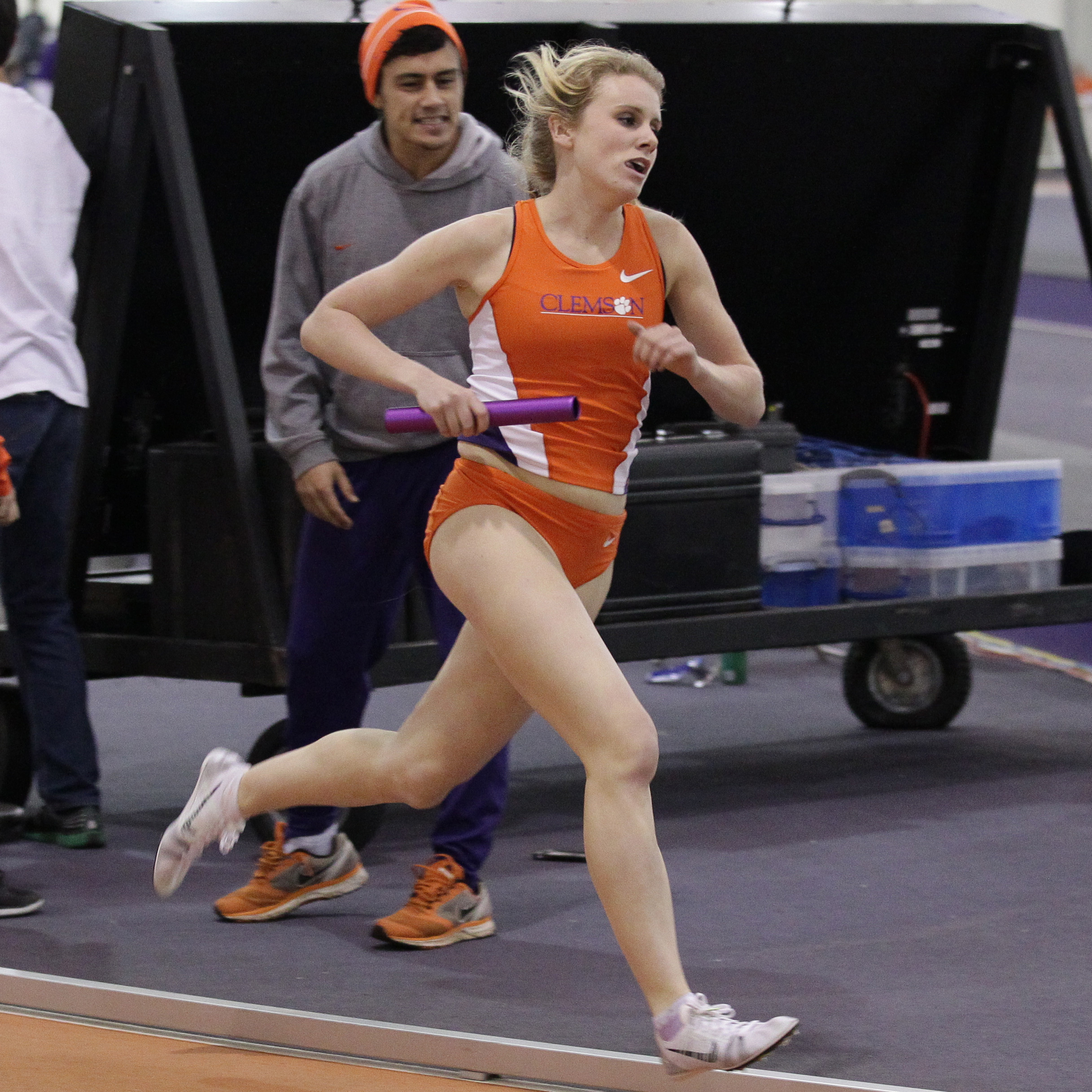 CLEMSON, S.C. — A seven-spot jump over the previous week has moved the Clemson women into the national top 15, according to the poll released Monday by the U.S. Track & Field and Cross Country Coaches Association (USTFCCCA). The ranking is Clemson’s highest of the 2015 indoor season. The top five ranked teams this week are Arkansas, Georgia, Florida, Texas and Oregon.

The Tigers, ranked in every USTFCCCA poll this indoor campaign, are coming off a weekend that saw their 4×400 relay establish a school record. Olivia James, Nia Fluker, Deja Parrish and Natoya Goule combined to a time of 3:33.04, breaking the standard set in 2010 by a group of four freshmen. James’ strong weekend also included an indoor-best 53.24 in the open 400, placing her inside the national top 20.

Clemson also saw additional top-30 national marks recorded this past weekend at Arkansas’ Tyson Invitational from Grace Barnett in the mile and Anasterasia Terrell in the triple jump. Barnett won the event for the second time at a prestigious meet, with a personal best 4:41.85. Terrell was sixth with a personal best 42-2 in the triple jump, placing her in a tie for 23rd on the national performance list.

In all, 12 marks set by Clemson individuals and relays rank among the national top 35 on the list of performance leaders.