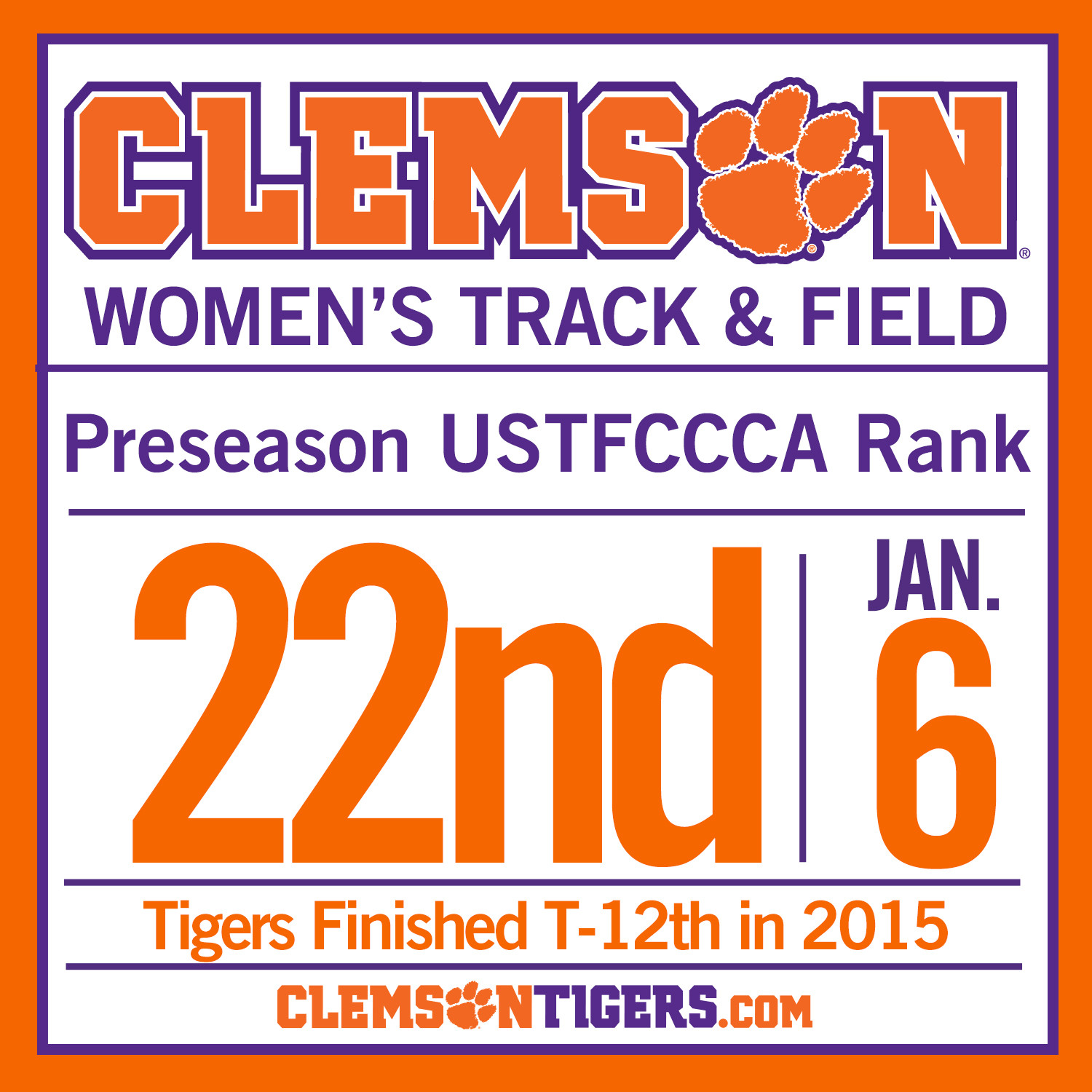 CLEMSON, S.C. — The Clemson women’s track & field team was 22nd in the preseason indoor rankings released Wednesday afternoon. The Tigers are the defending ACC Indoor and Outdoor Champions, and tied for 12th at the 2015 NCAA Indoor Championships.

Clemson returns several impact performers from its 2015 team, including second-team All-American Iana Amsterdam in the triple jump. She won ACC titles in the event both indoor and outdoor. Amsterdam is pushed by Anasterasia Terrell, who ranks among the top 10 in Clemson’s career record book as well.

The Tigers return two members of their 4×400 relay — Olivia James and Deja Parrish — that finished fourth at last year’s NCAA Indoor Championships. Parrish went on to be named ACC Outdoor Freshman of the Year. Malayshia George also returns as a potential member of the 4×4, and was part of Clemson’s outdoor school record relay a season ago.