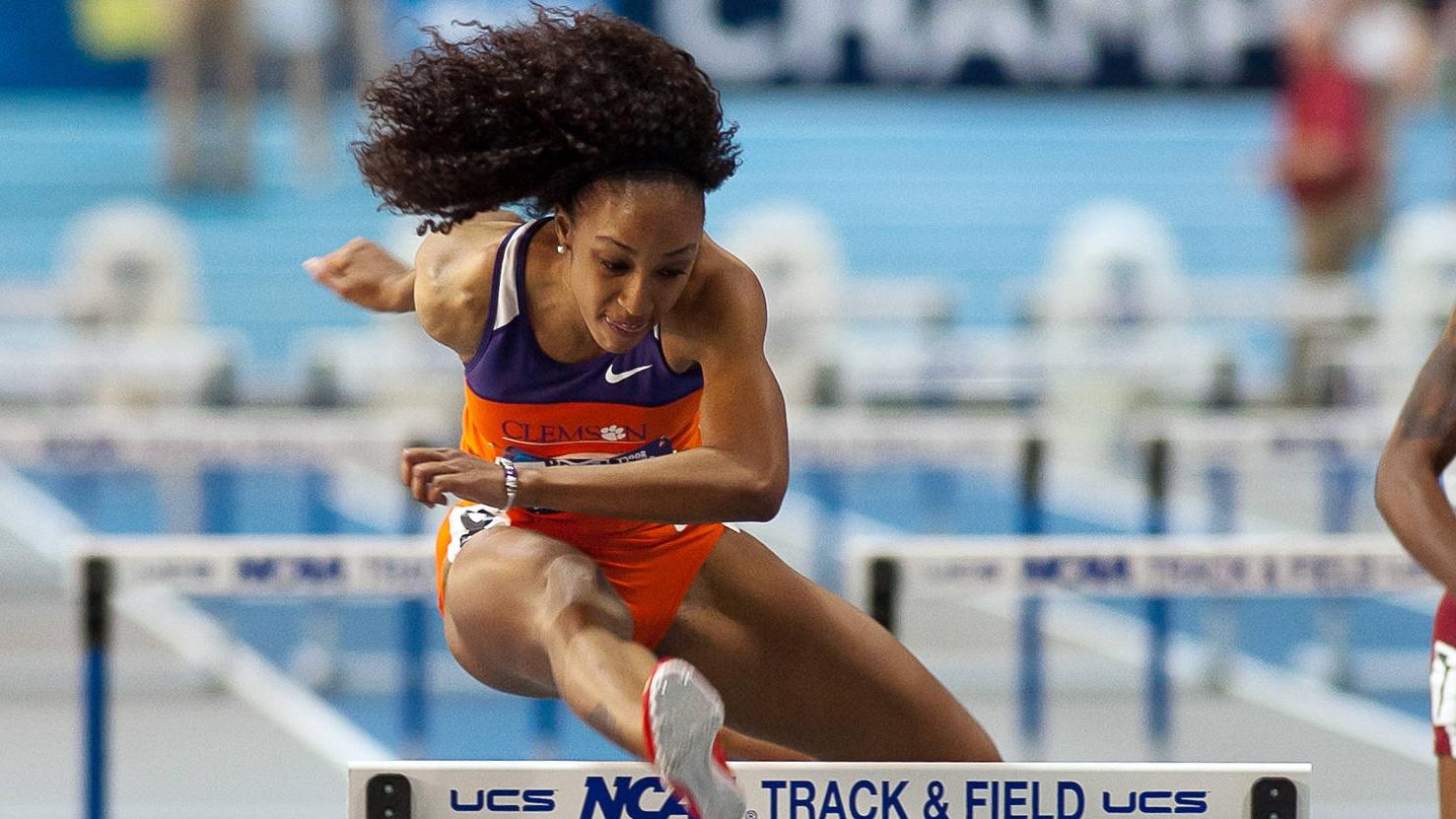 CLEMSON, SC – The Clemson track & field program will welcome 15 schools from the Southeast region on Saturday to its indoor complex to officially open the 2012-13 season. The Orange & Purple Winter Classic will begin with the pentathlon and men’s shot put at 10:00 AM, followed by events on the track at 11:00. The Clemson women, who finished tied for fifth at the NCAA Championships last indoor season, are almost certain to be among the nation’s top ranked teams when the preseason poll is released by the USTFCCCA in January. The Tigers also had a top-five team finish during the 2012 outdoor season and have won six consecutive ACC Championships in women’s track & field. The Tiger men return senior leaders Spencer Adams and Warren Fraser, a pair of All-Americans off of last year’s team. Whitney Fountain will kickstart the action for the Tigers in the pentathlon. The native of Bronx, NY is a two-time all-conference performer in the event and is fourth on Clemson’s all-time performance list. She starts with the 60-meter hurdles portion of the event at 10:00. That will be followed by the high jump, shot put, long jump and 800 meters.The first event on the track will be the preliminary rounds of the men’s 60-meter hurdles. Last season, Spencer Adams was a first-team All-American both indoor and outdoor in the high hurdles for Lawrence Johnson‘s team. He and Marcus Maxey will again lead the group in 2012-13. The finals for the 60 hurdles will be held at 12:25.Clemson returns one of the nation’s deepest and most talented units in the women’s hurdles, led by 2011 NCAA Champion Brianna Rollins. She was the NCAA runner-up in the 60 hurdles last season. Other standouts on Clemson’s roster include Jasmine Edgerson, Keni Harrison and Bridgette Owens. The women’s hurdle prelims will be held at 11:20 AM, followed by the final at 12:35.Tevin Hester, a highly touted incoming freshman in the men’s sprints, will focus on the 300 meters Saturday. That event is set to get underway at 1:45 PM. Other notable male student-athletes in action on Saturday include Shai Carpenter in the long jump (12:00) and Cory Thalheimer in the shot put (10:00 AM).Dezerea Bryant and Stormy Kendrick will also compete in the 300 meters for the Tiger women. Other notables in action from the women’s team on Saturday include Christy Gasparino and Lauren Terstappen in the pole vault (11:00), Jasmine Brunson in the long jump (12:00) and Brittney Waller in the weight throw. First-year freshman Mimieux Land of Albany, GA is slated for the high jump and long jump Saturday.Both Clemson’s men and women will compete several relay units to conclude the meet. The men’s 4×400 relay gets underway at 3:20, followed by the women.