CLEMSON, SC – The 24th-ranked Tiger women’s tennis team will make the short trip to Columbia, SC for a date with in-state rival South Carolina on Saturday. The teams are scheduled to begin play at 1:00 pm at the Maxcy Gregg Tennis Center. Clemson enters the match at 3-6 while the 31st-ranked Gamecocks are sitting at 5-0 on the year. South Carolina will face NC State on Friday before welcoming the Tigers to town.

Saturday’s match will be the second straight SEC opponent for Clemson, who fell to #4 Georgia on Wednesday in Athens, and the second in a stretch of nine straight away from the Hoke Sloan Tennis Center.

Tiger sophomore Ani Mijacika moved up to #1 in the Fila/ITA Singles poll earlier this week and will play her first match as the nation’s top player. The native of Makarska, Croatia currently owns a 16-4 record with wins over eight ranked players. Mijacika also boasts a 12-4 individual doubles record, most recently teaming with Carol Salge to upset the Bulldogs’ 20th-ranked tandem.

Clemson Against South Carolina, Series History This season’s match will be the 43rd between in-state rivals Clemson and South Carolina. The Tigers won in 2007, 5-2, at home and now trail by just two in the series score, 22-20. The Gamecocks lead 12-7 in matches played in Columbia, including a 4-3 win in 2006. 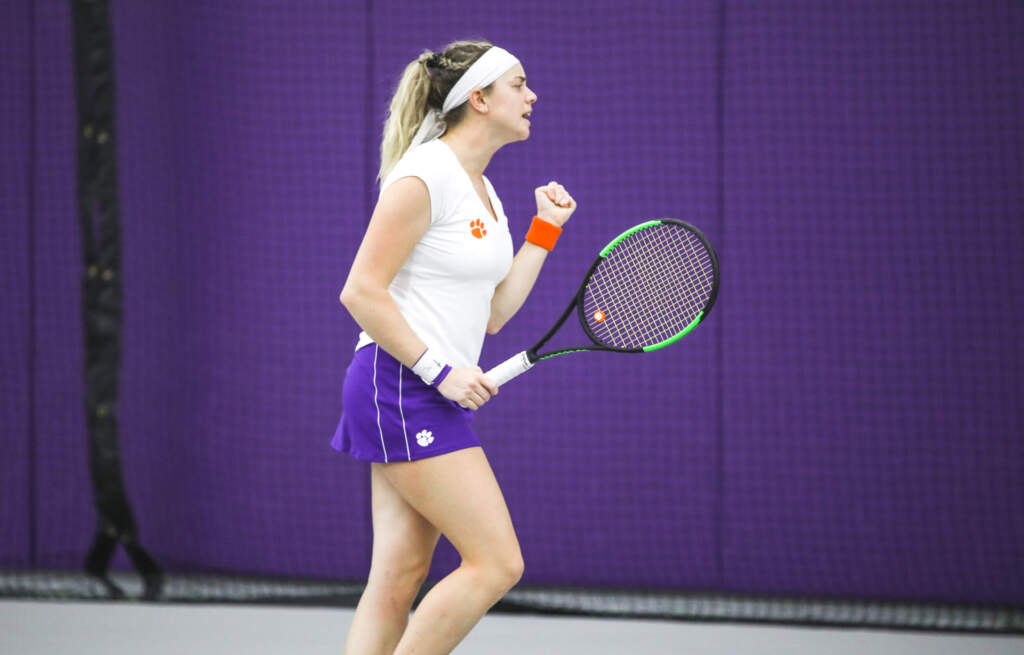 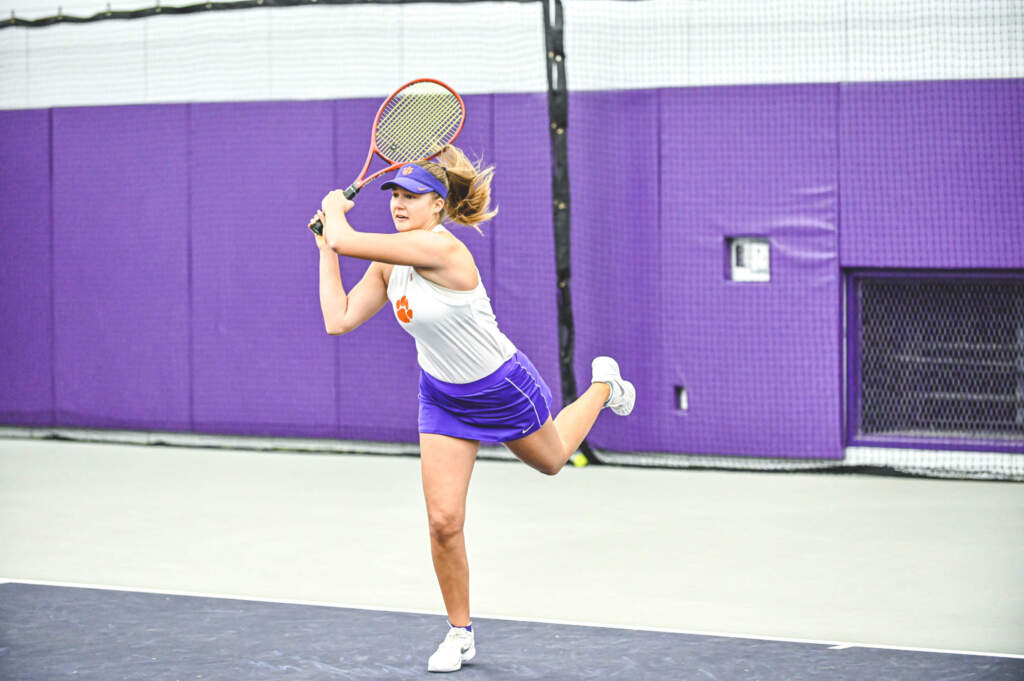 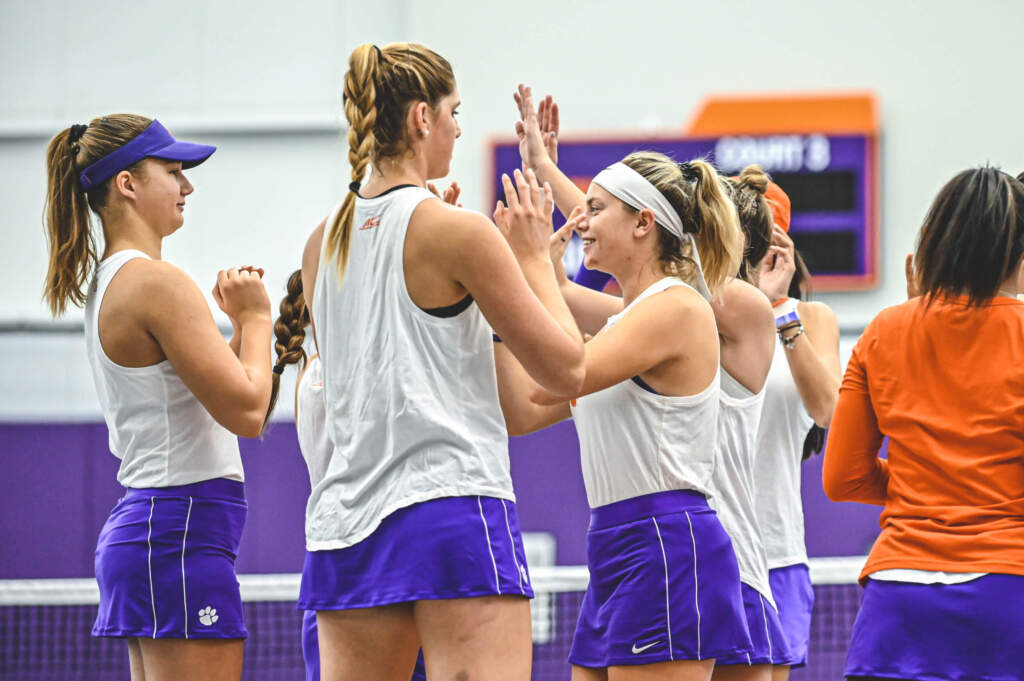 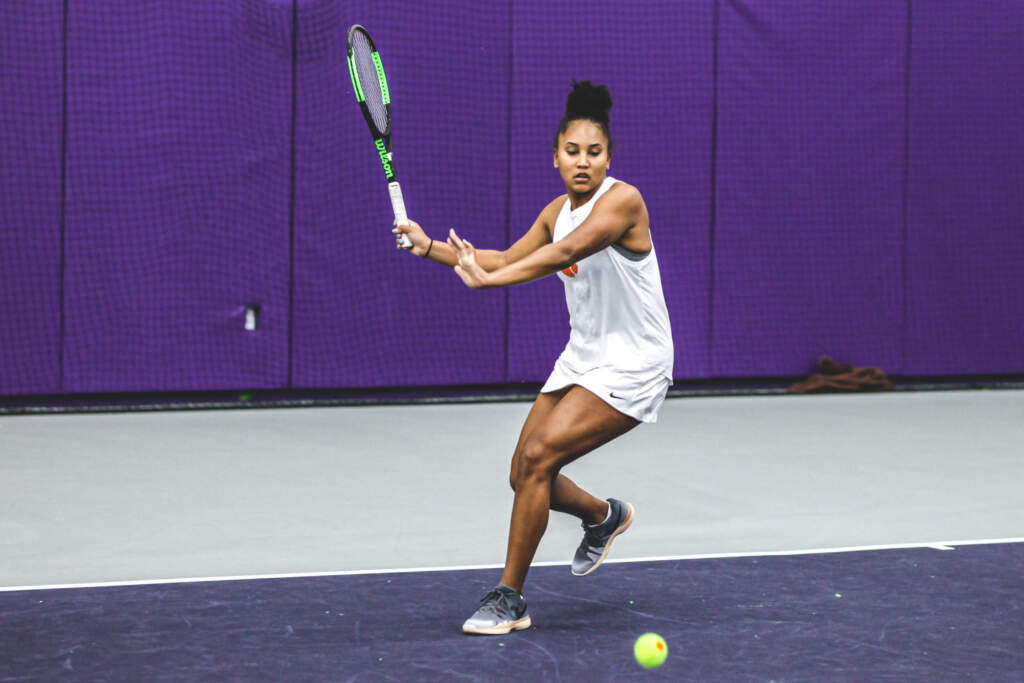