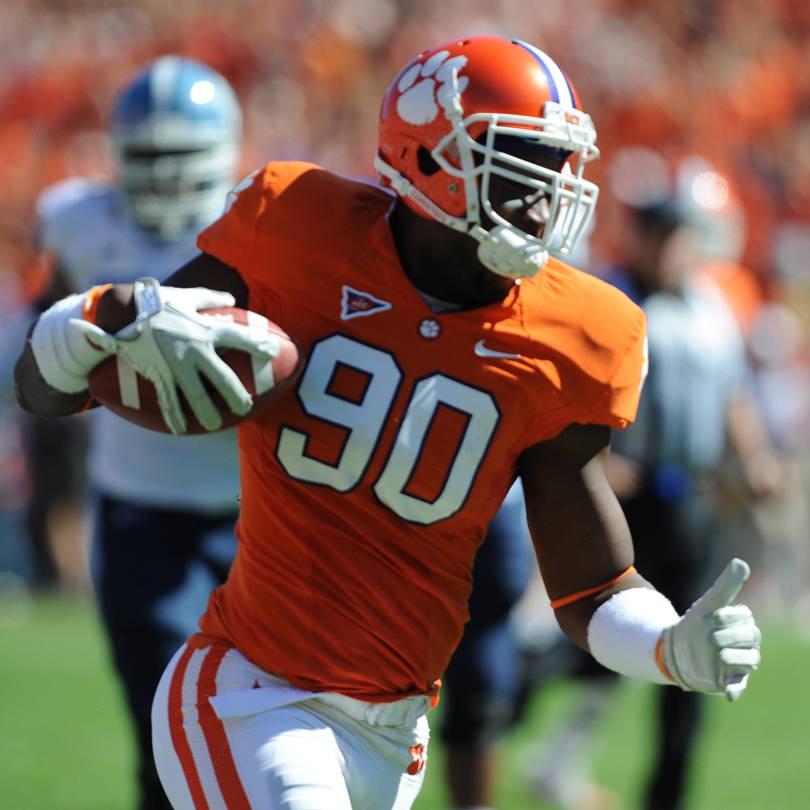 Former Clemson Tigers have been making their fair share of splash plays in the preseason, as they battle for roster spots.

Former Clemson receiver Jaron Brown hauled in this leaping 31-yard catch in double coverage against the Chargers on Saturday. The third-year receiver was signed by the Arizona Cardinals as an undrafted free agent in 2013, and has since made Cardinals’ roster his first two seasons. Brown has 33 catches for 369 yards and three touchdowns.

.@Jaronbrown13 doesn’t care if you bring double coverage. Jaron Brown is coming down with the football. #SDvsAZ http://t.co/tPyGAebwDc

Kourtnei Brown, who is battling for a spot at outside linebacker with the Houston Texans, followed up his two-sack performance from the previous week against the 49ers with a 69-yard interception return for a touchdown against the Denver Broncos. With the Texans looking for depth at outside linebacker, Brown has almost certainly caught the eye of the coaching staff.

Linebacker Kavell Conner snagged an interception of his own for the San Diego Chargers in their 22-19 victory against the Cardinals. Conner was originally drafted in the seventh round by the Indianapolis Colts, where he amassed 236 tackles, two forced fumbles, and a sack in four years with the team before being signed by the Chargers to bolster their linebacker position a year ago.