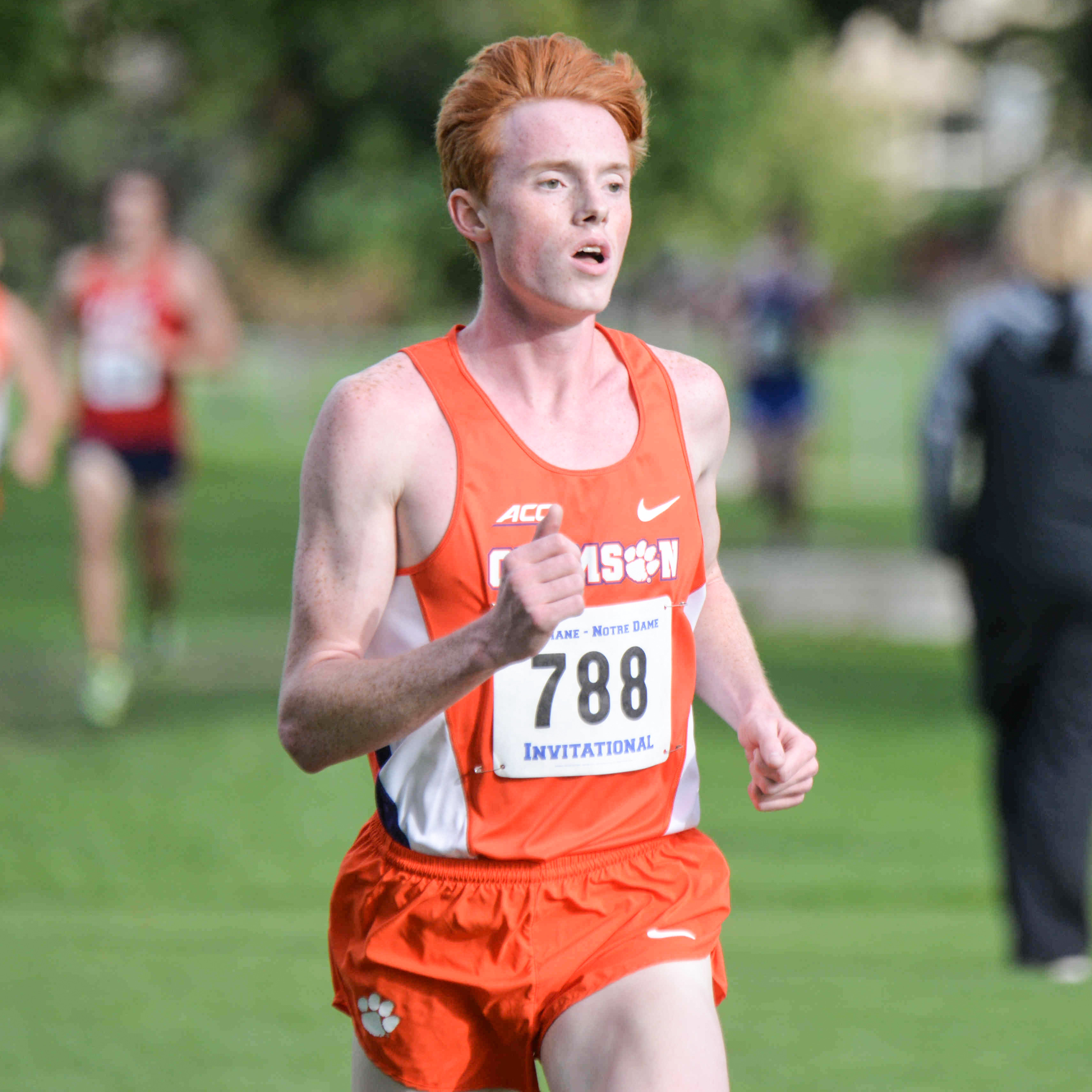 CLEMSON, S.C. — The men’s cross country team cruised to victory in the gold division race at the Joe Piane Notre Dame Invitational on Friday, while the women took 14th out of 21 teams in the blue division race. New Mexico won the women’s race, followed by NC State and Notre Dame.

“The men had a confidence boost out of this race,” said head coach Mark Elliott. “It was a great all-around effort on both sides, and each week the teams are improving their confidence and building.”

The men’s team placed three individuals inside the top 10, led by James Quattlebaum in the runner-up position. The sophomore out of Greenville, S.C., posted a time of 24:39.8 over the 8,000-meter course. James Dwyer followed him closely in fourth (24:45.1). Clayton Wilson was the third top-10 finisher for the Tigers in ninth place (25:06.8).

“As a whole, today was a very good day for our program,” said distance coach Michael Porter. “We had a lot of personal bests, and it was our best performance of the year. The men ended the day with a win, which is always nice. We knew going in we had a chance, but we executed perfectly. We asserted ourselves early and finished strong. James (Dwyer) and Justin Lippert had great races.”

The Tiger women were 14th overall against a quality field. Grace Barnett once again led the way, placing 23rd in the individual race. The junior from Pawleys Island, S.C., produced a 5K time of 17:06.7. It was her second straight 5K with a personal best, surpassing the time of 17:12.5 set two weeks ago at Vanderbilt.

Evie Tate was consistent as well, finishing 69th overall with a personal best time of 17:38.2. She was followed in the third position by a freshman making her collegiate debut, Kaley Ciluffo. She ran 17:59.3 and was 99th overall. Brianna Feerst (18:01.1) and Catherine Herring (18:10.0) rounded out Clemson’s scoring efforts.

“The women started the day off well,” Porter said. “We added Kaley into the mix and she was very solid her first time out. Evie had the race of the day, a huge personal best. She committed herself this summer, and it’s showing.”

The Tigers return to action on Saturday, October 17 at the NCAA Pre-Nationals in Louisville, Ky.